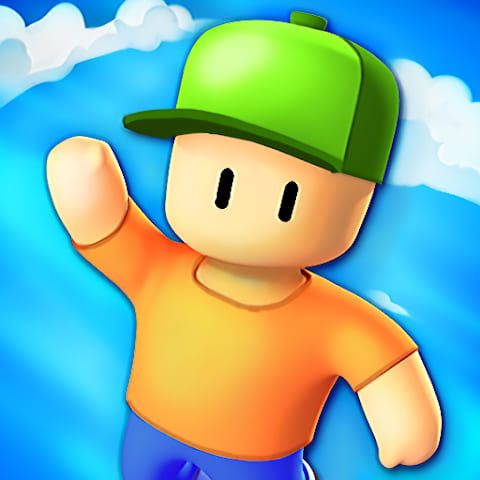 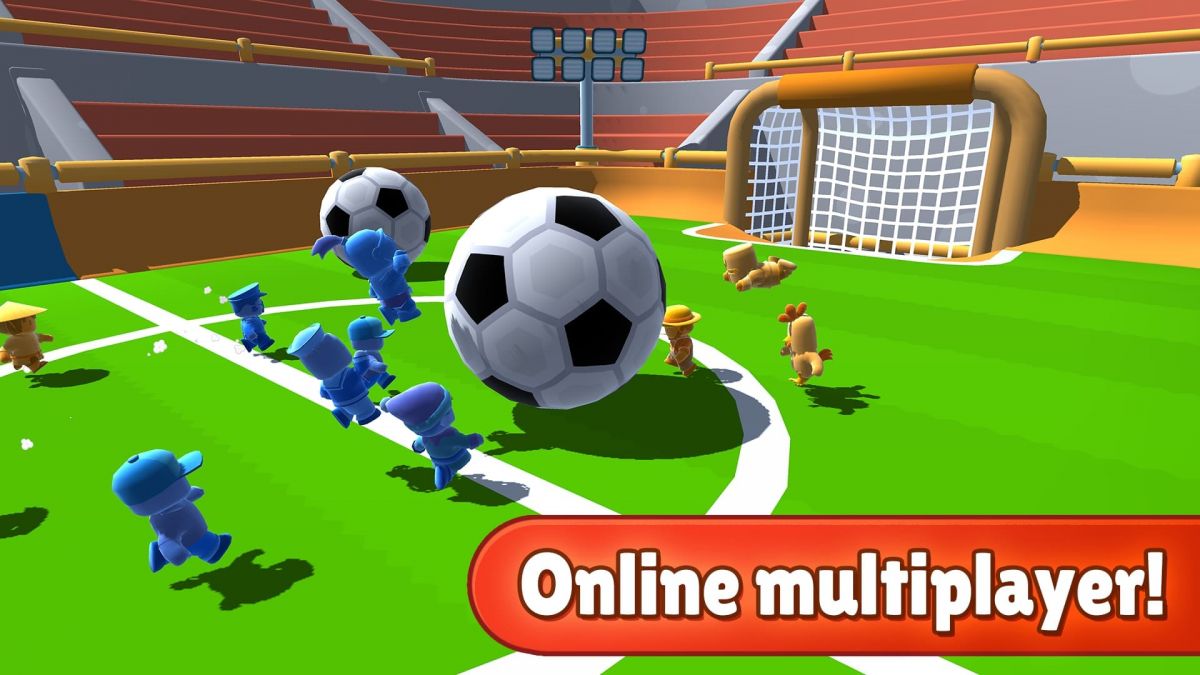 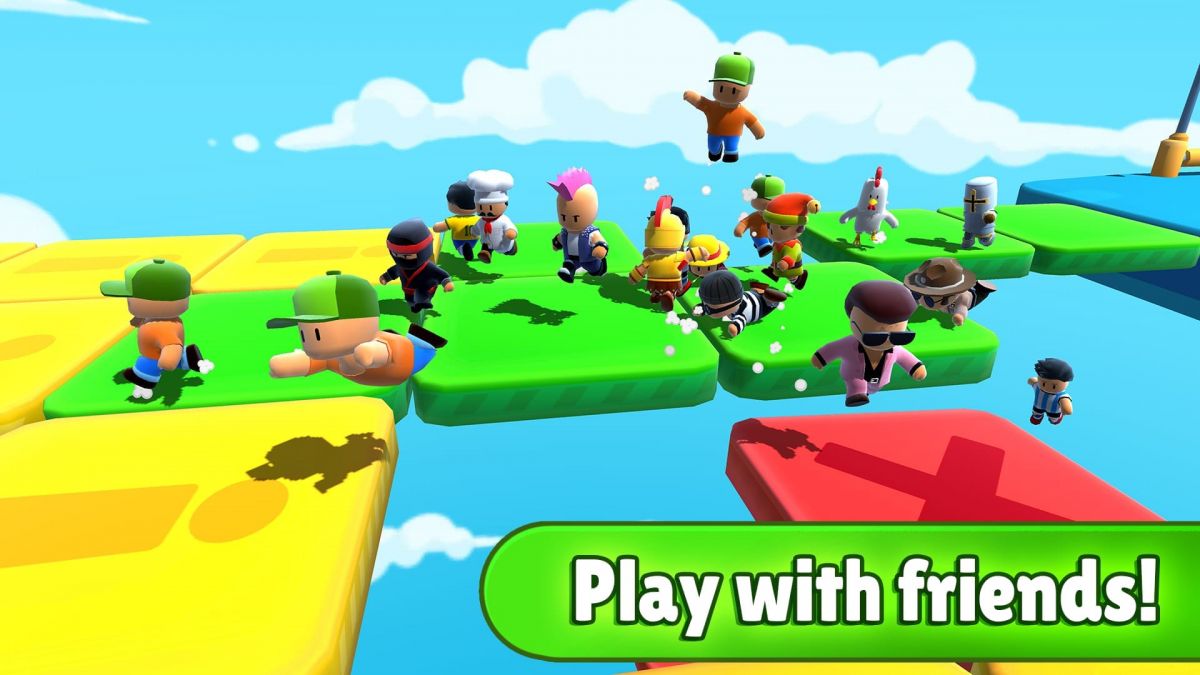 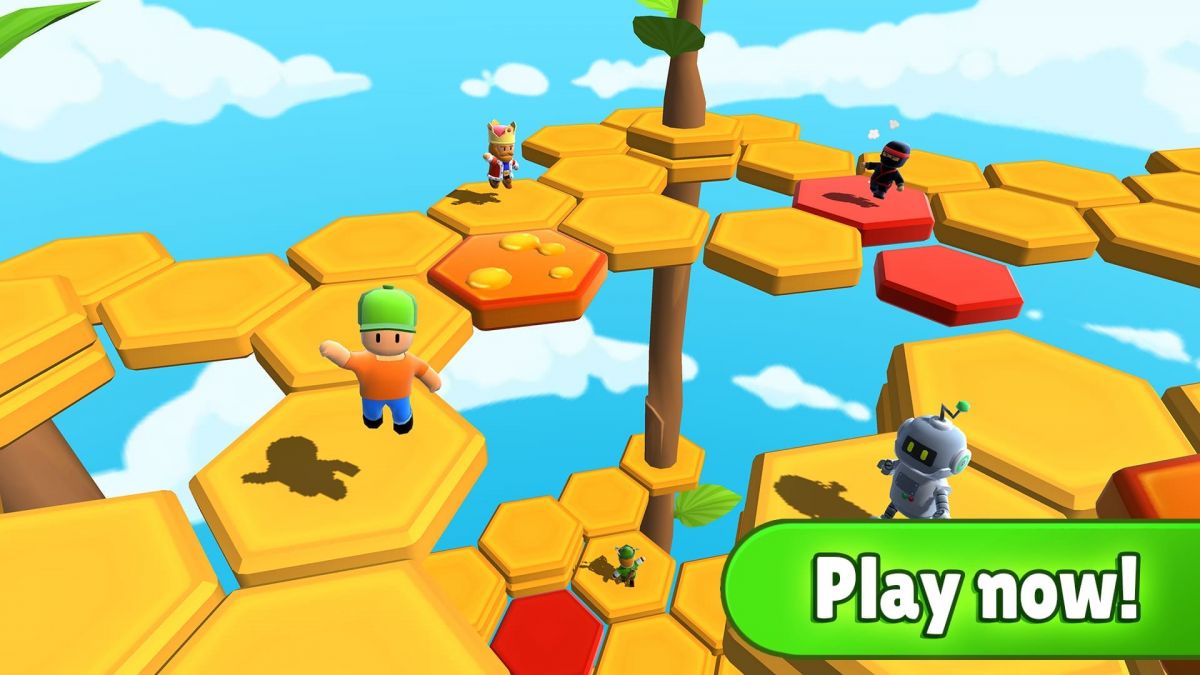 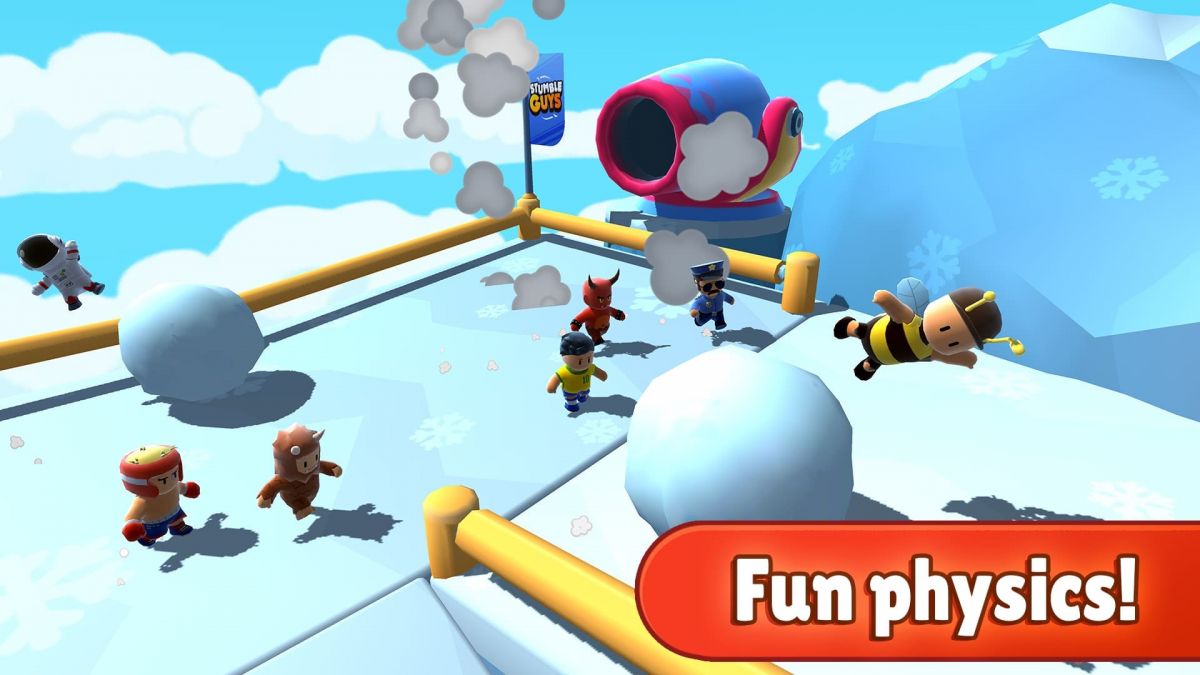 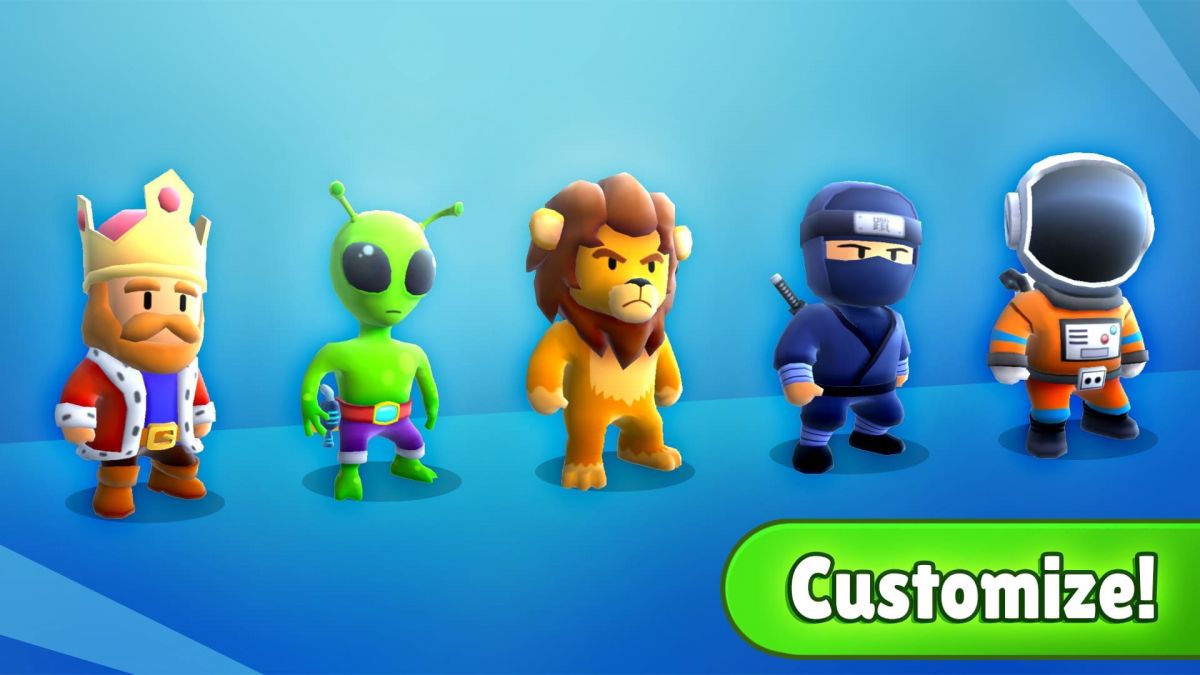 The Description of Stumble Guys

Stumble Guys is developed by Kitka Games. It is a real-time Royale racing game with a lot of actions. Players can install and play this mobile game for completely free from iOS and Android platforms. To play the game, a reliably stable internet connection is necessary. Players can join the online multiplayer Royale in two methods. They can be randomly matched with other online players on a similar level; or they can play with selected members on a local server. Either way, this game can host a maximum of 32 online players in real-time gaming sessions. The goal of the game is to be the last player standing on the plank at the end of each level. However, this game also integrates a racing game feature. Although being the last only man till the end is the aim, the approaches taken to achieve the goal can vary from level to level. In some action-packed levels, players need to focus on dodging obstacles and hazards as well as launching attacks on others. In such cases, speed doesn’t matter and the game is not timed. In other situations however, players need to focus more on their racing speed and overtaking other online competitors to be the first one to complete the race. A successful completion of each level will bring players rewards. The game control of Stumble Guys is very mobile device friendly. Players use tap and hold mechanism to perform various motions such as running, sliding, jumping and dodging etc. In short, this game well combines Royale, action, racing into one total package.

Stumble Guys sees generally positive ratings on different app platforms. App Store rates it at 4.1 out of 5; Google Play sees over 50,000,000 downloads of the game and an average 4.2 rating score. Other platforms such as uptodown.com and bluestacks also show positive ratings.

3. Obstacles are diversified and often unpredictable.

1. Game maps can be further expanded with more contents.

2. The in-game rewards (gems) are not abundant.

Stumble Guys is oftentimes considered as one of the spin-offs of the popular PC game Fall Guys. Indeed, this game resembles a lot with the original game in mechanics and game concepts. However, Stumble Guys is specifically designed for mobile devices with easier and more intuitive motion controls. On top of that, this game is completely free to download and play. What sets Stumble Guys apart from other racing games is the unique combination of game mechanics. Not a lot of casual racing games integrate a real-time Royale mode with actions. This is because most racing games design its obstacles and make sure this element is under control. However, in Royale styled Stumble Guys, apart from those pre-set obstacles, players are also allowed to attack each other whenever and wherever they notice a good opportunity. This feature adds up the unpredictable factor and surprising effect of the game. Players can be caught off-guard during the game by other players, or the other way around. This mechanism cleverly avoids or reduces the possible repetitions of obstacles and enhances the playability instead. Another interesting feature of the game is the layout of the racing course. Unlike normal racing games that often adopts lineage routes either vertically or horizontally, Stumble Guys takes place on multiple planks scattered in all directions. There is no definite finish line of the game, and players can end the game anywhere on the interface as long as they take down all the other competitors. This provides a new angle of playing racing game and adds fun uncertainties. Admittedly, there are some technical glitches that should be fixed in future upgrades of the app. Other than that, this game is worth playing for its special features.

The game Stumble Guys is a multiplayer online mobile game. This game is essentially a multiplayer combo disinfect game, in which up to 32 players can play at the same time. Gamers can download the game on Android or iOS devices, as well as on PCs.

First of all, the rules of this game are very simple. During the game, players must fight on various platforms and win before they can continue the game and win. In the game, the chaos mode is the most famous. The player's goal of the game is very simple. As the winner of this battle, the player can stand up against other players. If the players are eliminated in each level, then the player must restart. start. So want to get the ultimate victory in this game is. Players need very good operating ability. Because it is a multiplayer game, this game has a very strong social function. Players can invite their friends or netizens to play this game online together. Of course, it does not mean that 32 players are required to play this game. , in fact, seven or eight people can play this game. The rules of the game are very simple, that is to keep fighting with other players. The winning side in the battle and the winning side in the other duels will fight again until one of all the players wins the final victory. This game That's the end. Therefore, the difficulty of the game is very high, very challenging, and it also gives players a very good motivation to continue to beat this game and restart this game. This game is a free game, players can download this game on their mobile phone or ios system without paying a fee.

Secondly, the design of this game is very perfect, and the controls are very simple. Players only need to press a few buttons to operate the game smoothly. Whether it's with friends or alone, this game is a lot of fun. Of course, this game also provides many customization options for players' characters, for example, players can choose different language modes and so on. Being able to customize your own game character is very important and very popular with players. That is, what the player sees when they open the game, according to a system, there will be a store where players can buy various skins that change hair color, appearance, and abilities that help players, as well as being able to go to Change the appearance of the character to greatly enhance the experience of the game. In this way, the player's initiative will be greatly improved, and their characters will be more unique. Players have different options, can match the game's characters with different costumes, and can also change the hair color, face color and expression. So this is a very interesting thing. This element undoubtedly adds a lot of fun to the game. And many of the skins players have in this game are free, but they are not. Some skins still require players to pay. The game gives players the option to customize their characters without paying, but for some users, the skins of certain paid characters are actually more attractive.

However, I think one of the worst things about this game is that we may not be dealing with different real people from all over the world, but some machines of the game itself. In some cases, some bots were introduced into the game's matches in order to fill the room with 32 players. So sometimes our gaming experience isn't great because these bot players affect how we feel. There are also some tournaments in the game for players to choose from. These tournaments are specially designed for players to face other players. In these tournaments, players can display some skills and some of their operations, relative to the game. The operation of the random game has not changed, so his variety is not very strong. The goal of players is to win these tournaments to get help and rewards that improve the abilities of our characters in the game. But there aren't many maps available in this game, and in some games it still lacks a large number of players. In these games, robots will be used to fill the room, so it greatly affects the feel of the game. If you can reduce the number of robots and increase the map of the game, I think it will greatly enhance the experience of gamers.

Overall, this game is a very mature game with millions of users on Android and iOS platforms. This game's unique game experience and rich game elements make gamers enjoy the game even more.