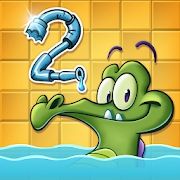 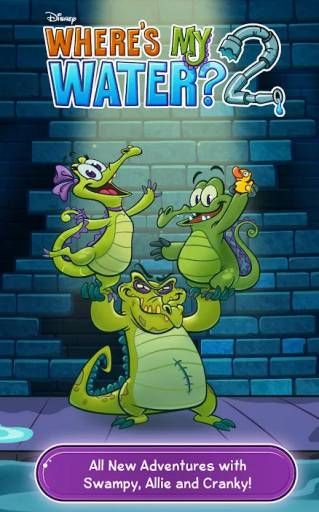 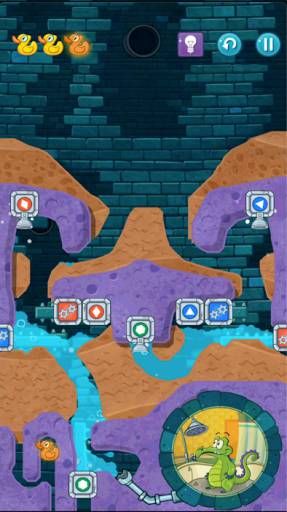 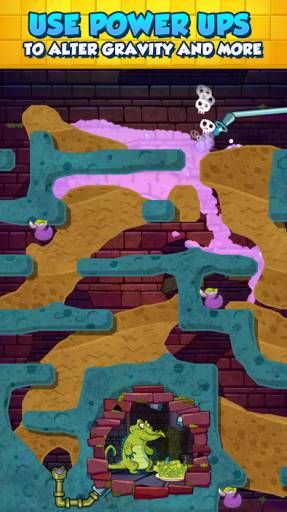 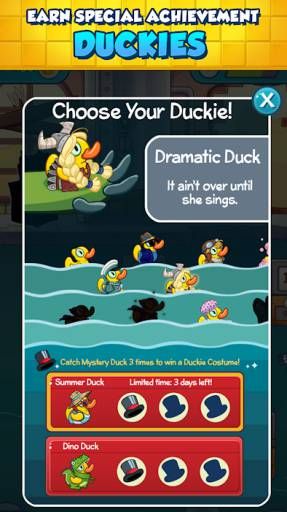 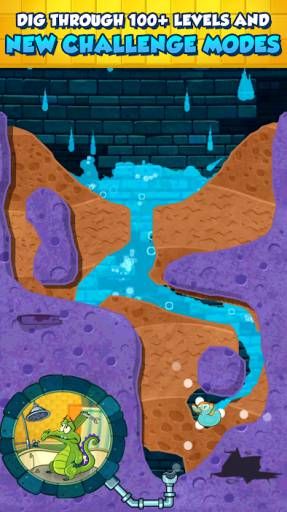 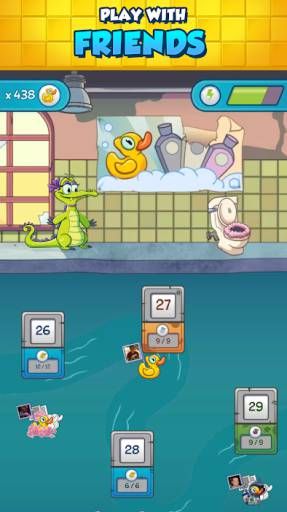 Where's My Wate2 is a puzzle game in which the player needs to help the little crocodile take a bath. The game is playable on both iOS and Windows platforms. Also, as far as I know, this game was developed by Walt Disney based on physics-based games with dynamic graphics, so this game has very distinctive controls and sound effects. Players need a lot of wisdom if they want to level up. Players need to avoid algae, toxic mud, traps, and traps under the rules of the game in order to keep leveling up.

First of all, the scene of this game is very interesting. In Where's My Water? 2, the new version of the game, more scenes have been added, such as sewers, soap factories, beaches, and so on. Different scenes use different stories, and different scenes will also give players a refreshing feeling. The scene-setting is very delicate and detailed. Otherwise, the color of the scene is very bright because the picture of the game is very fine, and the style of painting is also very simple and generous.

Moreover, this game has a lot of levels and stories. If players want to pass the level easily, not only do we need to play very seriously, but also need a lot of skills and cleverness. In the new version of this game, there are various new and interesting props, which can be obtained during the game. Later, we can use these props to get some clues and hints, so that we can pass the level better in the game. Of course, we can also win a lot of ducklings. Players complete various levels and can get different duck-themed gifts, which are very tempting.

Other than that, the graphics of this game are very very delicate. Why do I say that? Because the pictures in the game are very high-definition, the themes are mainly cartoon images, and the scenes are mainly cartoon themes. For example, some of the water flow effects inside are very realistic and very pleasant. Whether it's a water pipe, a duckling, or some walls, these cartoon images are very detailed, and the dynamics are also very smooth, so this game is actually very enjoyable to watch. Of course, I also have to mention the background music of this game. The background music of this game fits the theme of the game theme very well. For example, in some very tense scenes, there will be some fast-paced sound effects, and in some relatively relaxed levels, there will be some slow-paced sound effects. The whole sound effect gives the player an immersive feeling and makes it easier for the player to enter this scene settings. It fits the theme very well, and the substitution effect is very good.

However, overall I feel that the game lacks uniqueness and creativity. The second version of the game, Where's My Water? 2, inherits the style of the previous version, and the operation is still very simple, just click the touch screen to operate. Excellent levels also require us to observe and think carefully. Players think about every step to achieve such an effect. I feel a little pity for the lack of uniqueness and innovation in Where's My Water2 compared to Where's My Water1.

In general, the picture of this game is very good, and its sound effects and scene settings are very brilliant. Besides, the game is free, and Where's My Water2 is available for download in the United States, New Zealand, and China. I think whether it is a minor or an adult if you are interested in animation-themed games, I suggest you download it and try it out because it is not bad.

Where’s My Water has launched its second series following the phenomenal popularity of its first series worldwide. It is a strategy and puzzle game in which players need to help the alligator to get the blocked water flow in order to continue its bathing. There are three characters of alligator characters available for players to choose from. Compared with the first version, new locations are added like the beach and the Sewer. Players need to guide the freshwater through all barriers to deliver the water to the bathtub. The game has won the Game of the Year in the field of puzzle games. The game is free to play. However, it contains in-game ads and purchases. The game now has 2,196,946 reviews with 4.3 stars out of 5 on Google Play. In the following section, we will talk about the attractive features and controversial drawbacks of the game.

On the one hand, Where’s My Water 2 is welcomed by players due to the following reasons. First of all, players can meet over 100 levels of challenges that can keep them entertained throughout the gameplay process. Moreover, the new series features a brand-new mode called “Challenge Mode” in which players will be able to play the game in a rather exciting way. In terms of the “Duck Rush” level, players are supposed to try their best to discover duckies to win. In addition, players can take advantage of boosters in the game in order to play in a more efficient way. Furthermore, wisdom is required for players to strategically figure out the mechanics of the game in order to pass levels. Players can gain rewards of duckies as collections by achieving certain goals, adding to the fun of the game. Also, if you get stuck in a certain level, then you can refer to hints in the game so as to resolve the puzzle. Last but not the least, the design of the graphics is of high quality and enjoyable to watch.

On the other hand, the game is still blamed by some players out of discontent with some of its drawbacks. To begin with, the sound quality of the game is criticized as being cheap. Though the graphics offer players visual enjoyment, the sound effect in the game doesn’t offer players audio enjoyment. Next, the in-game ads’ displaying duration is way too long and it is kind of a waste of time, up to 45 seconds. Moreover, when entering certain levels in the game, players sometimes come across a sudden crash the game, which is pretty disappointing and affects the smooth gameplay experience for players. Also, to play the beach level, there are keys required. Though 2 options are offered, the first option of watching videos doesn’t work at all, and a fee is required to be paid. Last, the game’s recent update makes it freeze rather than more usable.

On the whole, Where’s My Water 2 is a qualified heir to its first series, and it features many new elements as well. The game provides players with many challenging levels. However, it doesn’t mean the game is perfect. Compared with the first game, this series still has some bugs yet to be fixed, including the cheap sound effect. Parents should be aware of the potential outcome of their children playing this game since the game is quite addictive and costs some money. Anyways, the game is interesting and it is a good time killer. The support team and developers should listen to the suggestion offered by players so as to improve the game, especially the display of the advertisements.

LET US PLAY ON THE GAME