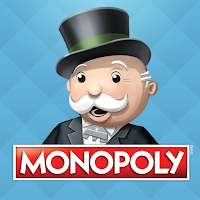 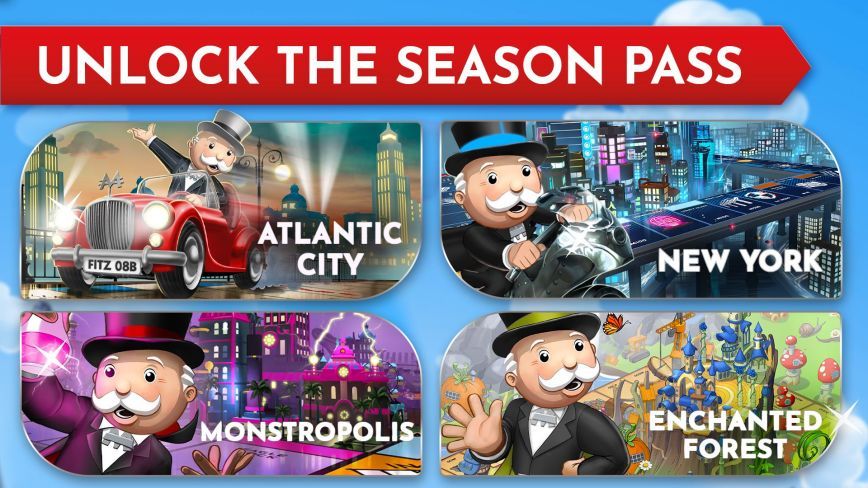 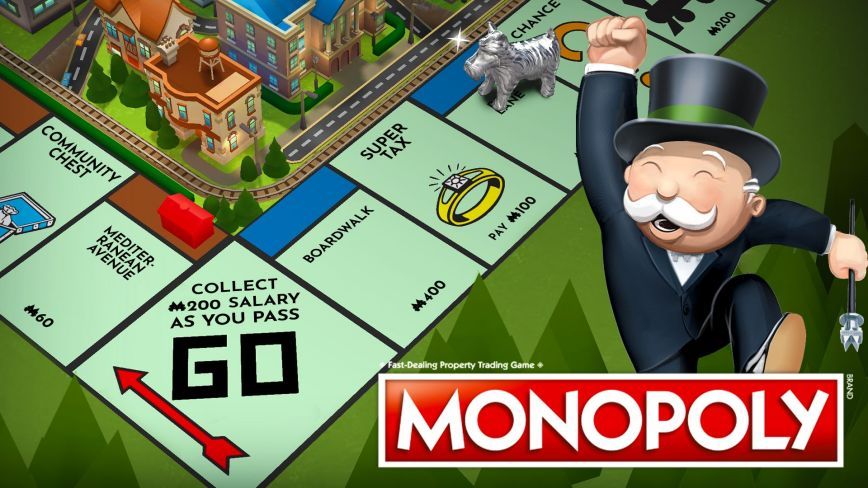 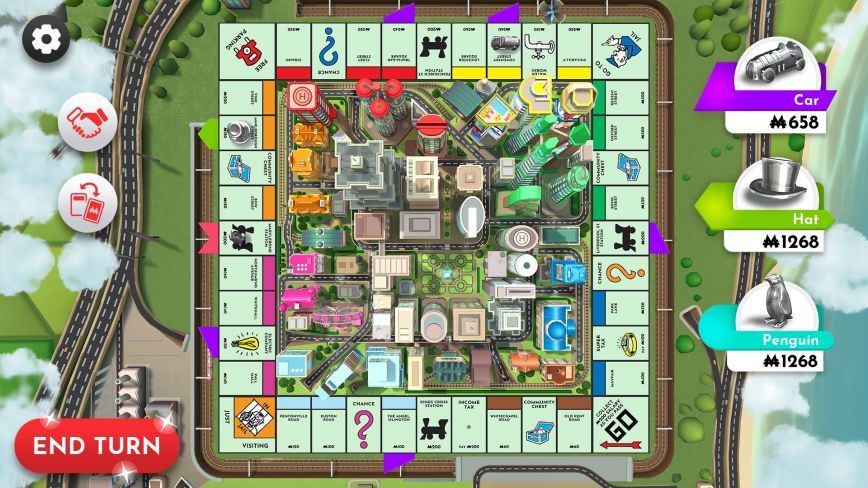 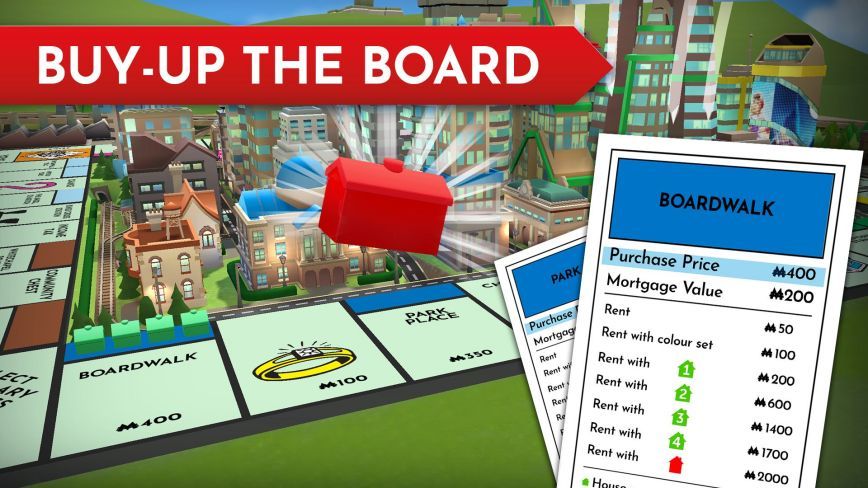 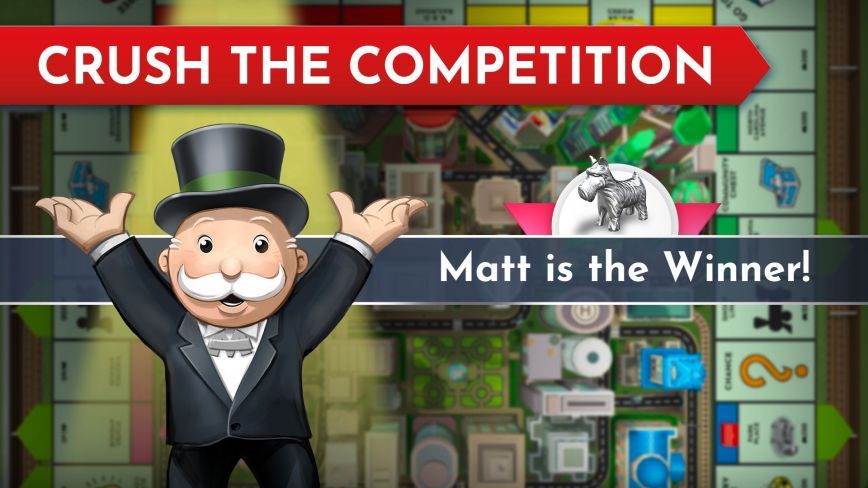 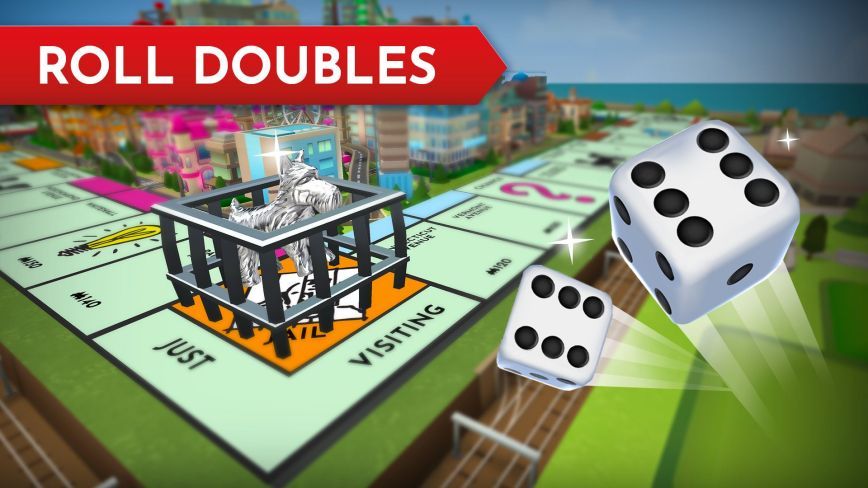 MONOPOLY - Classic Board Game is a classic board game published by Marmalade Game Studio. It brings the beloved Monopoly game from the desktop board to the smartphone and reinvents the classic board game. Currently, it is supported on iOS and Android devices. MONOPOLY's transition from board to screen has been very successful, especially when it comes to single-player features. It also allows players to play with their family and friends on mobile anytime, anywhere. In MONOPOLY, players can discover new cities and experience a whole new world. There are several different suits players can use to build houses here. When players win games, they get a lot of rewards. In addition, MONOPOLY also supports players to set their own rules. This retains the flexibility and convenience of the original MONOPOLY. Meanwhile, this mobile version of Monopoly has all the classic properties from the original board game, such as St. Charles Square, Illinois Avenue, and the Boardwalk.

MONOPOLY - Classic Board Game is a beautiful and intuitive board game. Players can experience the fun of rolling dice, building houses, buying equipment, selling stocks and planning investments, and become the richest person among the billions of gamers in the world. It has both offline and online play options, as well as single-player or multiplayer. Offline single player mode will have AI opponents against players. There are three different difficulty settings players can choose from and players can save their game progress at any time. Offline multiplayer mode allows players to create private games to play with family and friends. Online mode will support players to experience this joy with people from all over the world.

MONOPOLY - Classic Board Game provides multiple themed boards for players to play. There are classic themes like boardwalks, community chests and railroads, as well as Snowdrop Valley and a ski lift-themed winter wonderland. In addition, the appearance of chance cards in the game will correspond to the game theme style. This would look very nice as a change of scenery.

The controls of MONOPOLY - Classic Board Game are also very easy to use. Roll the dice with a quick shake of their phone and buy, sell, and trade property with other players. An action box will appear at the bottom of the game screen. Players can make selections by touching the corresponding icons. These buttons are very easy to use. Anyone can get started with this game quickly.

The visuals of MONOPOLY - Classic Board Game are excellent. Its 3D animations play smoothly, and the interface is simple and easy to understand. This brings a good fun experience to the game. Its game character appearance is also very cute. Not only can they move, but they can also express different emotions. Players can choose whether to use the game's own sound effects and can play music from their other applications in the background.

Overall, MONOPOLY - Classic Board Game is an excellent family fun board game for all ages. It brings the game to life in an intelligently operated way and brilliant 3D design. The quick mode in the game will allow players to spend odd time playing single-player mode. Players will not need hours to complete. The default rule for quick mode games is that the player will skip all taxes, chance, and community chest space, etc. Therefore, this allows players to complete the game faster than in real life. Additionally, MONOPOL supports multiple languages and does not contain ads. Download this exciting all-ages adaptation of the original board game now. It will be an unmissable presence at players' parties and boring trips.

MONOPOLY is a very Classic Board Game. It is said that the game "Monopoly" was originally designed to present the drawbacks of capitalism to Congress. The rich monopolize the market, and small businesses cannot compete with large corporations. welcome. As early as 1904, Lizzie J. Magie had applied for a patent for a similar game, The Landlord's Game. Since then, several versions have been developed. The American version was originally the classic board strategy board game released by Parker Brothers on November 5, 1935.

First of all, the game mechanics of this game are very simple. In the game, the accessories are minimal, the rules are minimal, and the mechanism is minimal, but "Monopoly" has been popular all over the world since its inception in 1933 and has been prosperous for a long time. It can be said to be a super gold IP. Its success also seems to prove a truth - the simpler, the more classic. In the game, colorful banknotes, face-seeing dice, and a map of random events can make many people willing to indulge in it. It seems that the players are doing repetitive things, but they can't decide the winner for four or five hours in a row; obviously, that kid is dying, and you stay in his hotel for one night, and he will come back to life again; Land and build a house, with almost zero other options.

Second, the game continues to evolve and innovate with the times, which keeps the game alive. In 1991, the famous American toy company "Hasbro" brought the game Monopoly under its banner, and then launched co-branded models such as Marvel, Star Wars, Game of Thrones, etc. Anyway, whoever is the popular fried chicken, "Monopoly" will "marry" to whomever, thus earning a lot of money. And these co-branded models are very loyal to the original work. Except for the reset of the art, house, and hotel, the game mechanics and card design are unchanged. The works that change the soup but not the medicine are naturally not so fun. However, there are also some special cases. In addition to resetting the art, bold innovations have been made to the mechanism and gameplay, and the playability has not been greatly compromised. In addition to the co-branded version, "Monopoly" has also launched a card version. In Monopoly, the most daring change is the goal of the game. In other words, the player's goal is no longer to survive to the end but to collect three sets of properties of different colors. Players draw two cards in their hands each turn and then play three cards from their hands. The types of cards are divided into coins, estates, and function cards. Putting coins in front of you will form a bank, which is mainly used to activate the effect of function cards or to pay the fines brought to you after the activation of the opponent's function cards. Real estate is divided into several colors, and the number of cards required to make up a set of each color is different. At the same time, some real estate cards have two colors to choose from, and players can choose one color to use. Therefore, the keyword of the card version is choice. It is more like a modern board game. Players play different performances in the game because of their different choices. The quality of the hand is important, but the number of defensive cards (coins), offensive cards (functional cards), and scorecards (real estate cards) is also critical.

However, the picture and background of this game are slightly complicated, the different colors are combined, and the visual experience is not very good. If players play for a long time, there will be a sense of visual fatigue. Because of the various colors in the game, it is difficult for people to maintain interest for a long time.

Overall, this game is still very suitable for people to play in their leisure time, especially if you are waiting for the bus or on the way to the train, etc. Because this game is very convenient. After finishing a game, the time is relatively short, and it can be completed in a few minutes. It is also very fun and warm if you want to play with your family and children.