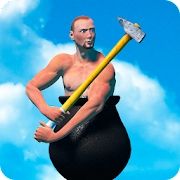 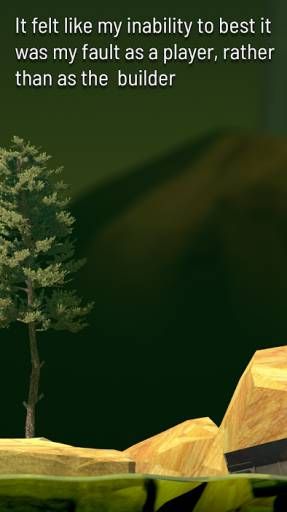 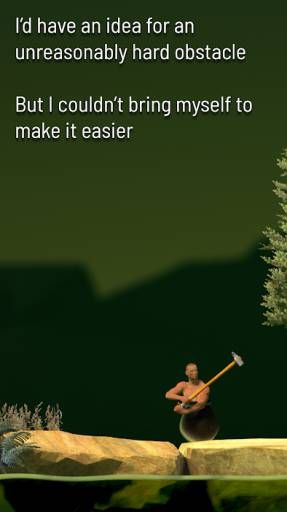 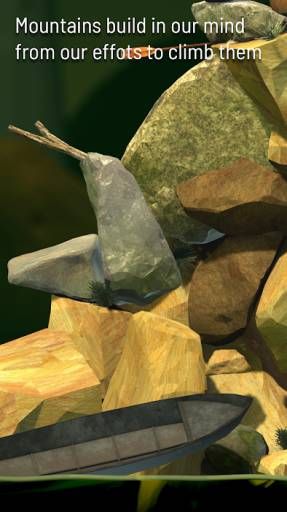 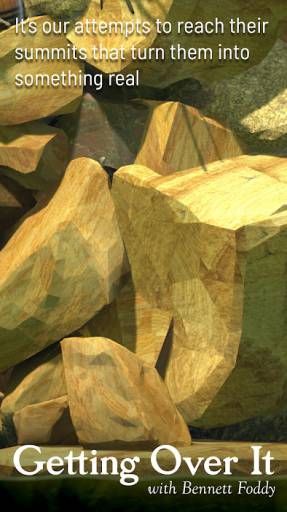 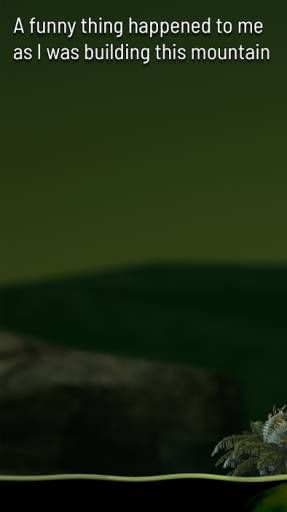 The game Getting Over It With Bennett Foddy was released in the Humble Bundle. Simply put, this is a game to make players swing a hammer and climb lots of mountains. The theme of the game is about climbing, and the player faces a high mountain consisting of stones, buildings, messy households, snowy mountains, lighthouses, and other terrains. In the game, the player needs to control a character whose lower body is hidden in a tin can, move with a long-handled hammer in his hand, and roll over the Goldman Sachs until they reach the end. Its feature is that the game is saved in real-time, and there is almost no way to die. However, with one mishandling, our protagonist will fall back to the bottom of the mountain. Luckily he won't die, he just needs to climb up again.

First of all, the game is easy to play, and at the same time it is very difficult. The easy point is that the player can operate the character's body and climb up with the hammer, which is very easy at the beginning. But the protagonist of the game is a person whose lower body is in a jar. All the players can do is to move the mouse, and they can only rely on the hammer to climb up. Throwing the hammer is the only way for players to keep climbing the mountains, so it seems simple enough. Sometimes, just throwing the hammer can pass the mountains, but sometimes, throwing the hammer is not enough. In the game, I fell from the top many times, constantly summed up the experience and lessons, and found that this game requires a lot of strategies. I always advise myself to be calm again and again. So I learned pole vaulting—one of the easiest techniques. It was hard to grasp at first, but after that, although it still took me a while to get to these two places, at least I thought it was a track. I told myself that as long as I practice this basic operation well, everything will be fine.

Secondly, this game allows players to have a full sense of participation. Games are sometimes referred to as the art of interaction, and in Getting over it, the player interacts with the game to the extreme. It's as if the player feels that he is the will of the protagonist. When playing games, I often wonder, what the hell is that mountain is. It's the pile of miscellaneous items piled up in miscellaneous items, and it's the heart of the game, a hurdle that players will try to overcome over and over again. However, the mountain doesn't actually exist because when I quit the game, it disappears. But even if we know this, we will follow our habits and instinctively climb the mountain. "Understand so you can believe, believe so you can understand." If you believe the mountain is just a silly joke by the author, all the sarcasm in the narration will help you further your understanding. However, if you believe that climbing this mountain means something, then all your dedication and moving will be infinitely expanded. These narrations always urge me to climb higher mountains. I think that's precisely the charm of this game. I like the feeling of success after an addictive setback.

However, I also agree that the high difficulty of the game is the reason why this game cannot be popularized in a wide range of groups. Many players choose to give up because the game is too difficult. After many failures and starting all over again, I also chose to give up on this game. Some enigmatic operating systems coupled with complex and malicious terrain make the game's difficulty index explode, and often a mistake can send the protagonist plummeting and even returning to where the game started. Some players threw the mouse in anger and even cried. I have seen many videos where the anchors threw their hammers crazily after falling and set some rules for themselves based on this, such as calm down, don't blow up your mentality, etc. Originally, it was good to survive in the Jedi, but it became a constant death, starting from scratch.

To sum up, I think this game is very honing people's will, and it also tests players' confidence and patience. If you are confident in yourself, then you can try to play this game. Alternatively, you can also find videos of some very powerful players on the Internet, and I think watching others' playing is also a very good way to loose.

Getting Over It is a strategy and simulation game in which players need to figure out how to let the character climb up the mountain only with his hammer. Unlike other games’ introduction, the developer of this game doesn’t try to “sell” the game, but honestly tells players that the game is to teach players some “lessons” that they can learn from their real-life as well. Though it seems like the game’s mechanics are quite easy for players to understand and operate since it only involves the moves of the mouse, players will soon or later find it quite challenging to “hammer”  a way to the top. Moreover, if players fail to climb up the steps in the mid if their way, the whole progress of the game will be canceled and they need to start the game all over again. As they improve your skills with your mouse, you are supposed to be able to do actions of jumping, climbing, and even flying during the gameplay. The game is more than a hiking game but with significant and profound life meaning as well. The game currently has 11,912 reviews with 4 stars out of 5 on Google Play. The next part will analyze the game respectively from the perspectives of pros and cons.

The game is quite innovative in terms of its inspiration and mechanics. Therefore, it draws great attention from players all over the world. To begin with, the simple yet challenging gameplay mechanics are quite attractive to players and keep them playing the game because they don’t want to fail in such a seemingly easy game. Moreover, the profound life meaning contained in this game is enlightening for young players. Once you fail, you will lose all your previous progress all at once. Furthermore, the game provides players a great chance to practice and improve their strategic thinking and problem-solving skills. Apart from all kinds of inspirations this game might give to players, players will also be able to have a blast in terms of the gameplay experience, including the great and high-quality graphics and an immersive experience. Lastly, you can play this game endlessly since there is no definite destination in the game.

Yet, the game is not perfect. Though it has distinctive features that are worth compliments, it still contains disappointing flaws. For instance, though the mechanics of the game is quite easy and players only need to move the mouse, the control system of the game is not that great. Thus, players may find it hard to control the moves of the character with their mouse. Also, the mobile version of the game is way harder to play compared with the PC version. Last but not the least, no portrait mode is available in the game.

Based on the previous analysis of both pros and cons of the game, we can make an initial conclusion that Getting Over It is a good time killer and it provides players with a good chance to practice all kinds of skills. Meanwhile, it offers great visual enjoyment to players during the immersive gameplay experience. However, the game is still blamed for being hard to control and way too difficult to play. Anyway, despite its flaws, the game is quite suggestive to players in terms of its deep life meanings. The game is recommended to everyone because it is quite educational and fun to play. The support team and developers of the game should listen to the feedback of players and try to figure out a way to fix the control system.

Let us play the games plzzzzz

I just wanna play some games at schoollllll