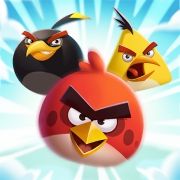 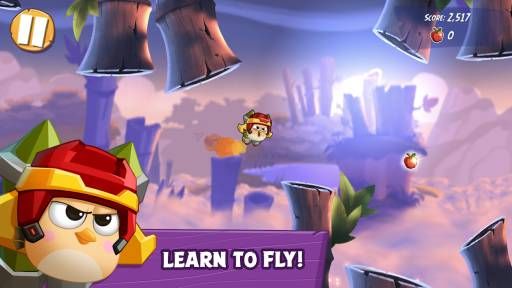 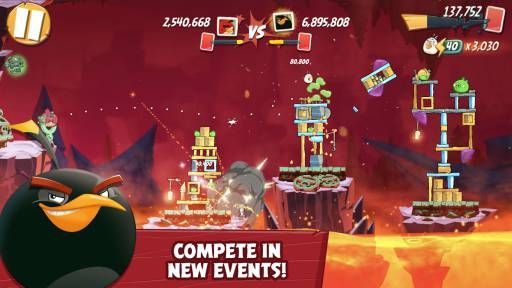 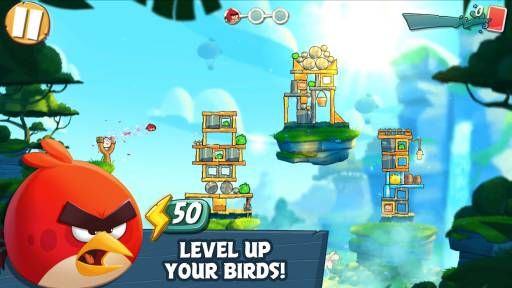 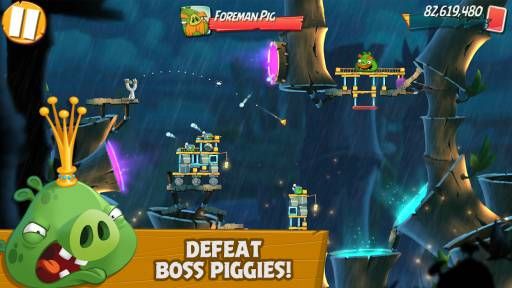 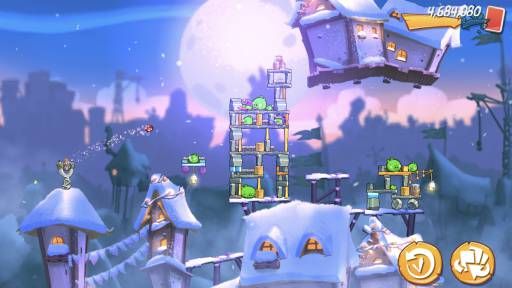 Angry Birds 2 is the much expected sequel of the legendary mobile game Angry Birds. Released by the Finnish company Rovio, it is a free mobile game on iOS and Androids with overwhelmingly high download times. Developed and evolved from its original version, Angry Birds 2 impresses the players across the globe with a dazzling and wide range of new features and gameplay elements. The game mechanism remains the classic slingshot strategies through different levels and challenges, while the latest version has incorporated a lot more contents and levels for players to unleash unlimited fun of birds.

The most eye-catching feature of the game is its inclusiveness. The gameplay journey is greatly lengthened, as there are hundreds of challenge levels waiting for you to conquer, which makes the game a time-testing classic, one that you can come back to play anytime, instead of a one-time off freebie.  Besides, there are a lot more events going on in the game universe, which makes this game multi-layered and much more diverse, and entertaining to cater to different preferences of gamers. Either those levels and events update on a regular basis, such as daily challenges, or they might show up as time-limited, exclusive or other special offers as you play along.  The challenge mechanism is simple but strategy-based as players are given plenty of options of characters. They need to come up with an effective approach to take down the mighty boss pig and pass those special challenges. As players getting through the game and leveling up, they would continuously upgrades their birds with all kinds of feathers, which enables them to gain better targeting scoring abilities. Those levels are not as straightforward; rather, they are much more engaging with multiple stages of challenges. The nice twists and turns in the game is the secret of occupying the entire attention of players. However, this game is not an offline loner’s drill. Instead, it is greatly interactive for a number of reasons. First, most of the game contents are online and players can play a fun session while browsing other stuff on a different site. What’s more, many features encourage and promote interactivity among players around the world. For example, you can participate in those friendly and exciting competitions in the Arena and your glorious battle achievements and latest rankings could be easily shared to your social media with direct linking. Apart from the slingshot itself, this game also offers so many other impressive side events and activities, where you can be rewarded with a wide range of interesting items and coins. Some of those picks or rewards are unexpectedly useful in your later gaming. Other than that, you can simply enjoy the fun and joy of decorating your flocks with flashy gorgeous feathers in various themes and styles, and collecting new hats which boost your power and charm. The countless updates and events are constantly bringing surprises and serendipities in your gaming journey.

This game receives very positive feedback and huge downloads since its release. At a first sight, players would definitely impressed by the smooth and vividly sharp graphics. The extremely rich and diverse game contents can entertain gamers 24/7 with various modes and themes. Players can find plenty to do to keep themselves occupied even with short attention spans. Mini-games, special challenges and those more intense tournaments can satisfy your gaming mood at any given moment. Trying different things in this game always refresh your mind and prevent you from exhausting gaming experience.

Although some players have technical issues regarding the installment problems and the occasional loss of game progress. Other than that, the most complained part is the ad-based game rewards and the difficulty after certain levels where players are less likely to win without purchasing extra perks or boosters.

However, I would generally rate this game as a daring new adventure given that the original one was already a massive market winner. On top of what was already there, they still manage to add in this many new features and contents, it definitely deserves a try, much so when it is completely free.

Production company Rovio has launched many games related to "Angry Birds", "Angry Birds 2" is the orthodox second generation of "Angry Birds". It has to be that Rovio has done a very good job of advertising and publicity for this game. The company has made full use of social network marketing to win a good reputation for this game. Angry Birds 2 has been launched on both iOS and Android platforms for users to download for free. This game still uses a very classic game format, that is, the familiar slingshot to shoot the green pig. But in the second generation, game developers also added a lot of new elements to bring freshness to players.

The gameplay of "Angry Birds 2" is still very classic. Players use slingshots to shoot different types of angry birds to attack green pigs. In this game, all the player has to do is pull the slingshot, and just click anywhere on the screen to complete the whole process of around. So I think Angry Bird is a great example of minimalism. But this game, as a second-generation work, has also added many new elements to attract players. As an old player of "Angry Birds 1", my first impression of "Angry Birds 2" is that the picture is much more beautiful. In addition to the scroll background picture, weather changes and light and shadow special effects, such as sunlight and shadows, and fog are also added. Effects such as rain are much more refined than in past games. At the same time, the game "Angry Birds 2" has also added a multi-level design, and there will be more than two levels of enemies to be defeated, so you must carefully consider the level of strategy before choosing an angry bird attack. In addition, in the past, chain attacks such as knocking down buildings by Angry Birds only gave more points, but "Angry Birds 2" has an energy bar design. If a perfect attack is performed, the energy bar can be fully stored, which can be exchanged for one more Angry Birds card, in other words, One more attack can make players want to challenge the perfect chain attack even more.

In addition, "Angry Birds 2" not only has beautiful graphics but also added many new elements to enrich the game. In addition to the familiar red, yellow, blue, and other angry birds characters, "Angry Birds 2" also added a new silver angry bird. After popping up, it will somersault and attack straight down, which has its effect on certain levels. In addition, the "Angry Birds 2" game has added special props cards, such as duck rain, enlarged light guns, etc., which can be used according to the level characteristics. In addition, "Angry Birds 2", in addition to the timed physical strength design, also has a Facebook link, a bit like Candy Crush to send love, you can invite friends to send physical strength, and at the same time, there will be gold coins for completing tasks.

However, the image of the protagonist of this game, the bird, is relatively solid, and players will experience visual fatigue after playing too much. Because no matter which level the player goes to, the scenes and modes of this game are almost unchanged and lacking in challenges. This gives players a lot less satisfaction and a sense of accomplishment. And this game as a whole does not need to use the brain, it is suitable for players to pass the time in fragmented time, but after playing a lot, they find that all the same operations and the same pictures are all the same, which will make players feel more boring.

Overall, this game is very cute, fun, and easy to play. The pace of life of modern people has accelerated, and a large part of people's time is occupied by work, and only all kinds of trivial time can be entertained, "Angry Birds" is a casual game that is easy to use and has zero-entry difficulty so it goes with this trend. So this game is very suitable for playing in fragmented time, such as queuing, waiting for the car, and it is very suitable to start a game.