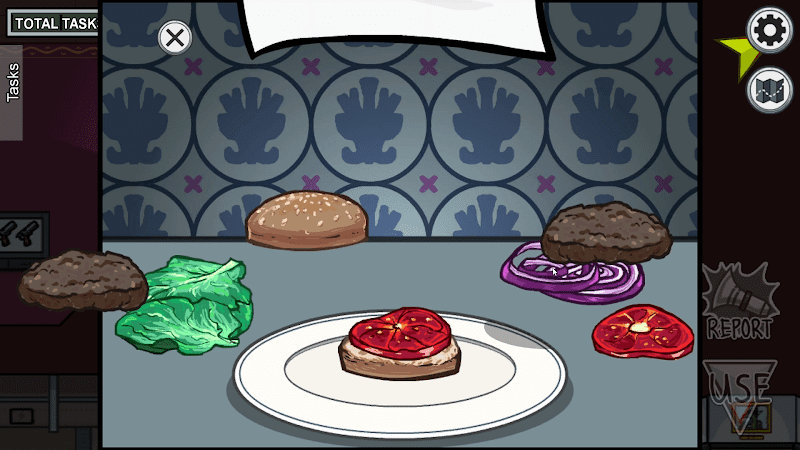 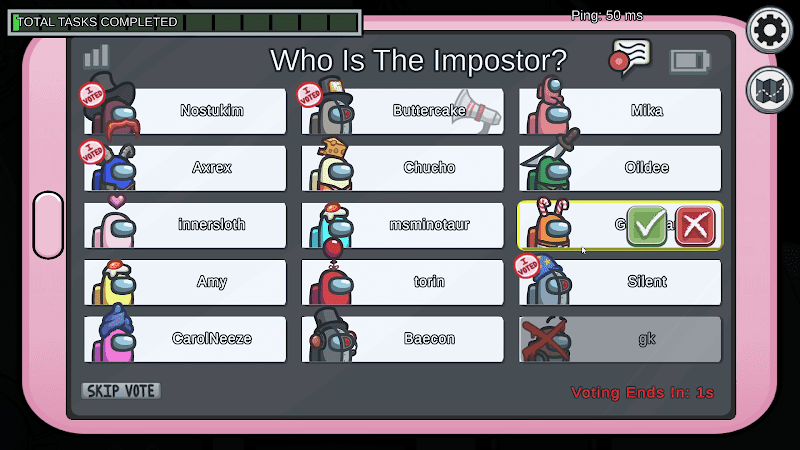 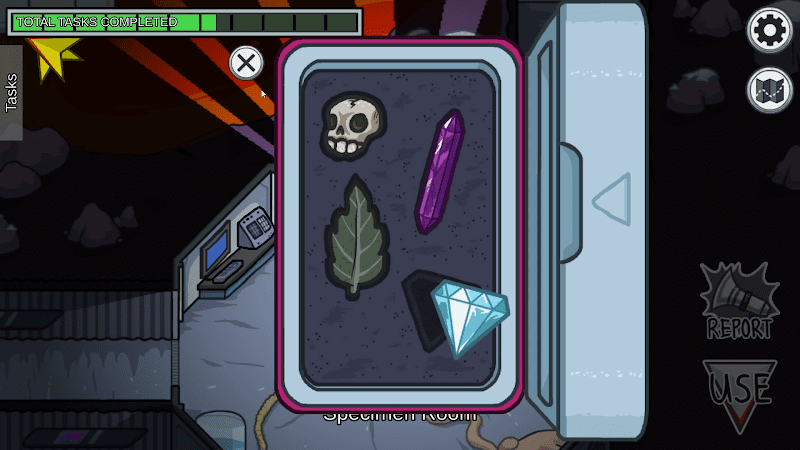 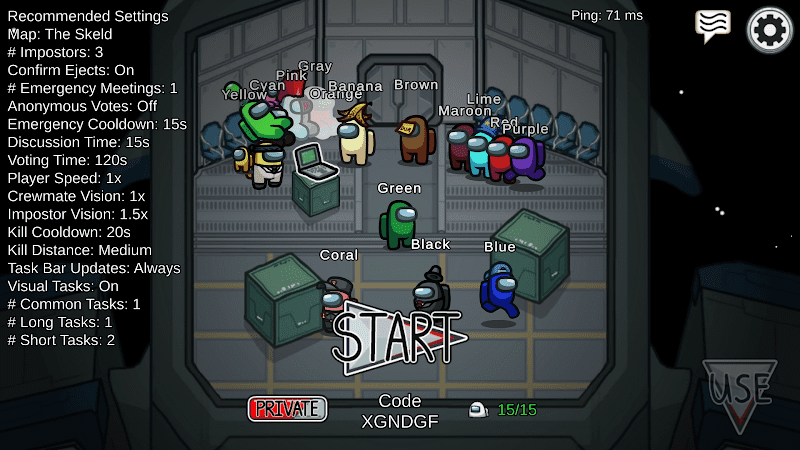 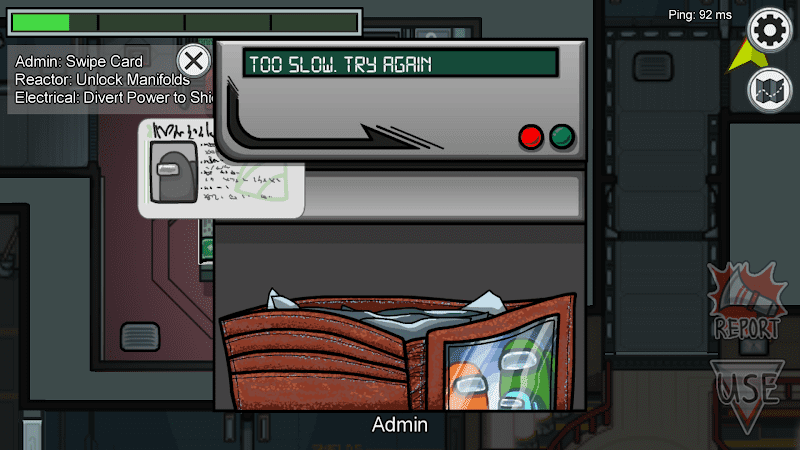 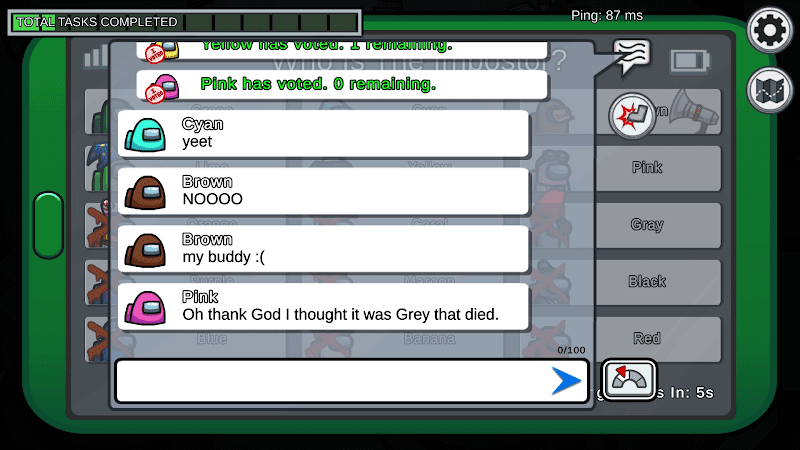 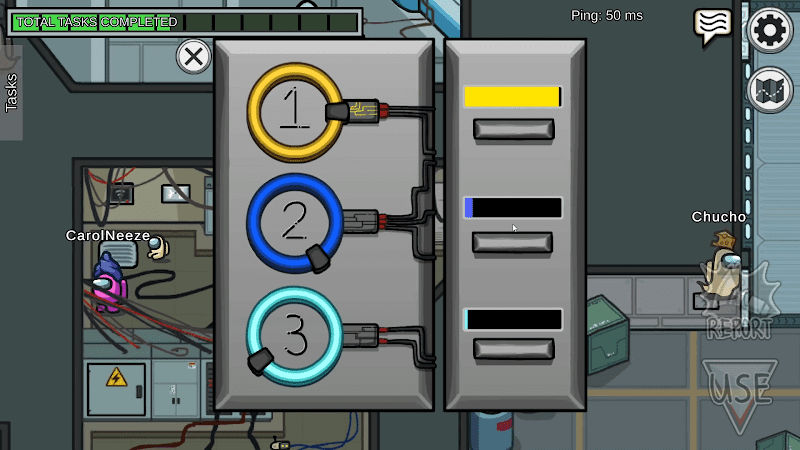 Among Us was first released by Innersloth Studio in 2018. The game features space, faction reasoning, and multiplayer online. The background of the game is set in space or the sky, and it is a multiplayer online game.

First of all, the big highlight of this game is its simplified mechanics and gameplay logic. The game operation is very simple, you only need to use the movement and three interactive keys. The difficulty of getting started is low, even if you don't know anything about werewolf killing, you can get started quickly. Players who are not good at English only need to remember a few keywords to experience the joy of the game. Different from the alternate speeches in each round of "Werewolf Killing", "Among us's speech was changed to player-initiated, and it was a compulsory link. After the start, everyone would stop acting and be forced to enter the game discussion. In the voting session, the voting will be made based on the players' discussion results. If a player has the most votes, the player will be thrown out of the game. If the number of people who skip the vote is the most, no player will be voted in this round. The crew tasks mentioned above are all very simple and can be completed quickly according to the task prompts and map instructions. Some of them are cooperative tasks but are also very simple. The whole game is full of mystery and excitement, full of rhythm and intrigue, and the playability is first-class! The most different feature of him and the traditional werewolf killing game is the real-time update, which means that the crew player may witness the scene of the murder, which can be regarded as another major creation of the killing game!

In addition, I have to mention his strong flash style, although this is not the most important factor in judging whether a game is fun, this familiar style makes people feel like they are young. The characters, animations, and special effects in the game, although they look simple, are full of character. Solid color characters allow players to quickly distinguish by colors; simple UI and spaceship design make the game less boring during the repetition. The special effects of the inner ghost killing, and some effects after the destruction of the cabin objects, affect the player's heart all the time, making this silent space cast a layer of horror. The appearance of the character looks like a jelly bean man, but it is not as cute as a jelly bean man, because when you are killed by the betrayer, the bones will be exposed at your waist. Does this cute contrast arouse a little interest?

However, the only difficulty of this game is that the game does not support Chinese, which is like torture for many people with poor English ability. Some players like to use English abbreviations and some abbreviated expressions, which are very unfriendly to people who do not speak English, and they are even more confused when they encounter other voices. However, language thresholds and network problems are not the biggest reasons for hitting players. The game experience for passers-by alone is the biggest reason for the game to quit. I have encountered poor experience, at the beginning after discussions, players directly mindlessly voting. And when the situation is not clear, according to the situation of the game ID investment, in both real and fake games, this kind of experience makes the players fully involve in the game. This may be a common shortcoming of party games.

In general, with the core gameplay of Werewolf and the interesting expansion made by the developers on this basis, this game has a tight rhythm and is easy to get started, which is why it is so popular. If you are particularly interested in this game and want to experience the game, I suggest that you don't need to start the game right away, just watch the game live broadcast; and those who have the foundation of werewolf killing and a certain language foundation, and have an early adopter mentality, you can try it. The game is highly playable, and the endless fun of fighting with people is fully reflected in the game.

Among Us is an extremely exciting and engaging strategy game involving multiplay and puzzle-solving. In the game, players up to 15 can form a team of astronauts in the mission of preparing for the departure of the spaceship. However, among these players, there would be one impostor hidden among them who conspires to murder and intentionally sabotages the spaceship. As long as crewmates fail to find the impostor out, the impostor will keep killing the members one after another, creating a creepy atmosphere in the spaceship. Only by voting the impostor of the spaceship, can they successfully save themselves from being murdered and carry out the mission. To prevent themselves from being discovered, impostors will try anything to cause trouble and conceive alibis. The game contains in-game ads and offers in-game purchases. It was selected as the “Editors’ Choice”. Among Us has 12,999,151 reviews with 3.6 stars on Google Play, which is sort of low compared with a majority of games on this app store. In the following part, both strengths and weaknesses of the game will be discussed.

The reason why Among Us is so popular among players is out of those listed features. For example, its attractive sci-fi story background triggers the interests of millions of sci-fi lovers. Its multiplay attribute engages a lot of players to interact with each other in a rather exciting way because they have to be careful to not to be killed by each other. You really need to activate your wisdom in order to fool or not to be fooled by others whether you play the role of a regular crewman or an impostor. Moreover, there are many mini-games available in this game, adding to the fun of the game. Furthermore, the light-hearted style of the graphics lessens the tension of the game. The interaction between players and a variety of machines on the spaceship is also intuitive. Finally, the default map has a smart layout which is pretty helpful during the gameplay.

Despite the advantages of the game, there are still some drawbacks existing in the game. For instance, its popularity among Youtubers makes the content of the game become “too much”, and it is no longer the old one for old players. Also, once players quit the game in the mid of the gameplay, the system will impose a ban on the player, not allowing them to enter the game within 18 minutes. Moreover, there are tons of bugs and constant crashing. Finally, sometimes the browsers of players’ devices might not be compatible with the game, causing incomplete display of the screen and making it pretty hard to have a smooth gameplay experience.

On the whole, Among Us is a very engaging and fun multiplay game for players to enjoy interaction with each other. Exciting and thrilling moments are commonly seen during the gameplay process, and wisdom and courage are required to achieve victory. The graphics of the game is pleasing and enjoyable. The mini-games embedded in the game also add more fun to the game itself. Meanwhile, the support team and developers should refer to the suggestions from players to make the game more user-friendly and affordable. There are also some glitches waiting to be fixed as soon as possible. Anyway, the game is recommended to those who love to challenge their IQ and those who love teamwork. To play the game successfully, at least 4 people are needed with a Wi-Fi connection or local Wi-Fi. Parents should remind children of the in-game purchase function to avoid financial loss.

I thank that this is better than fortnite