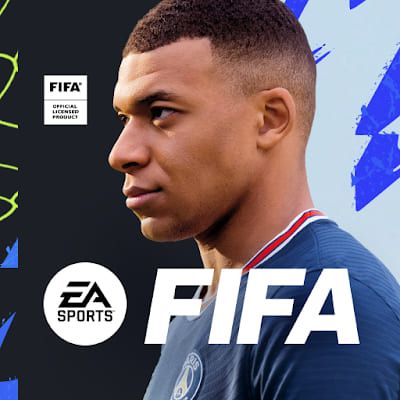 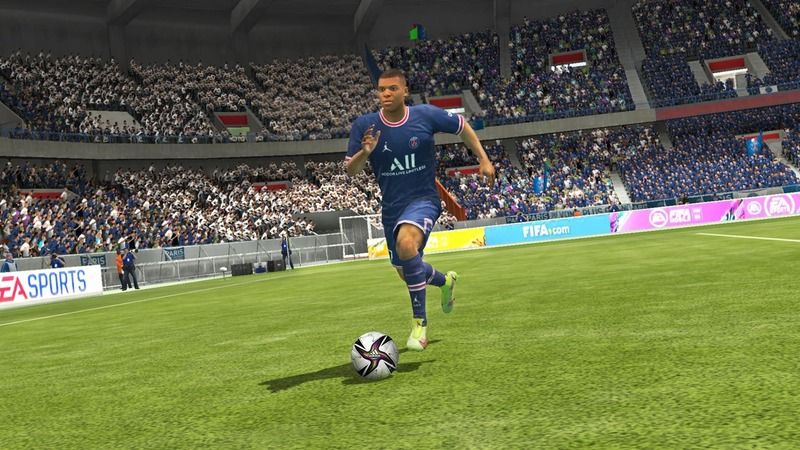 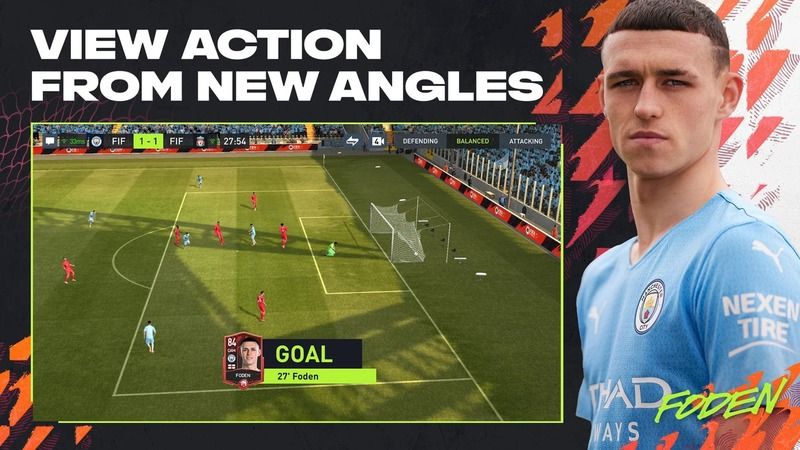 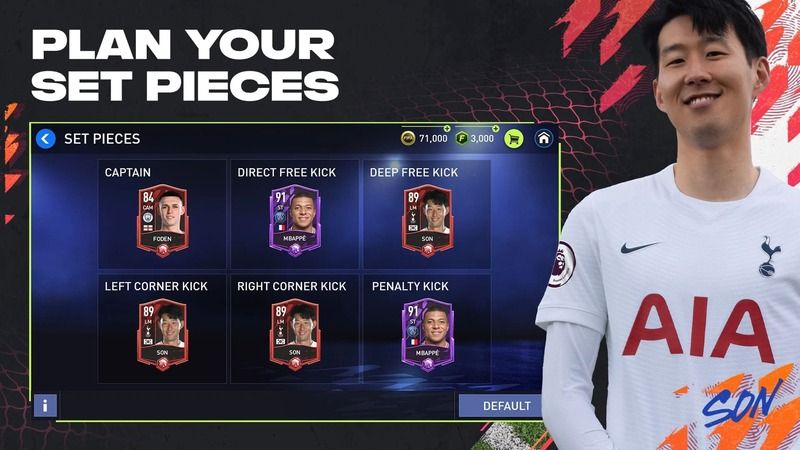 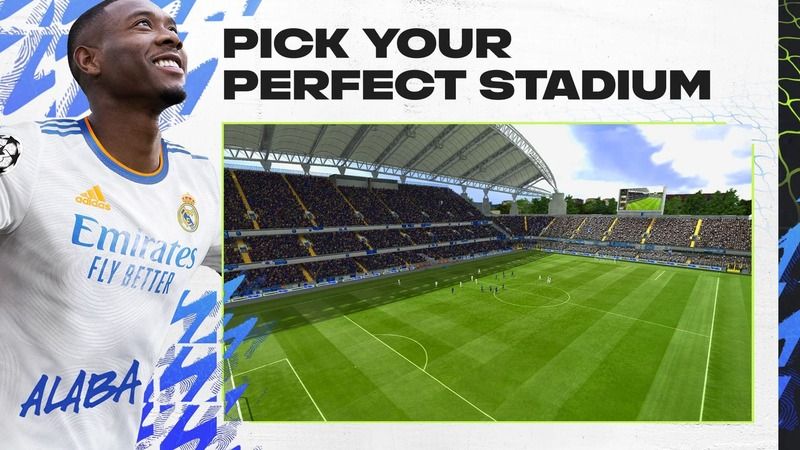 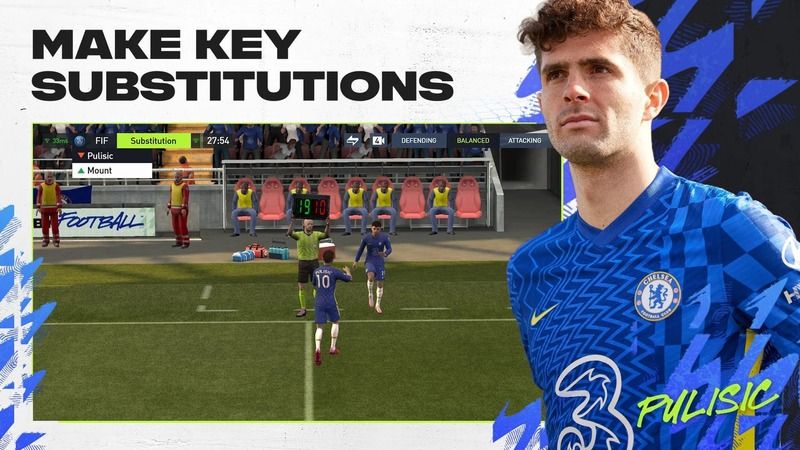 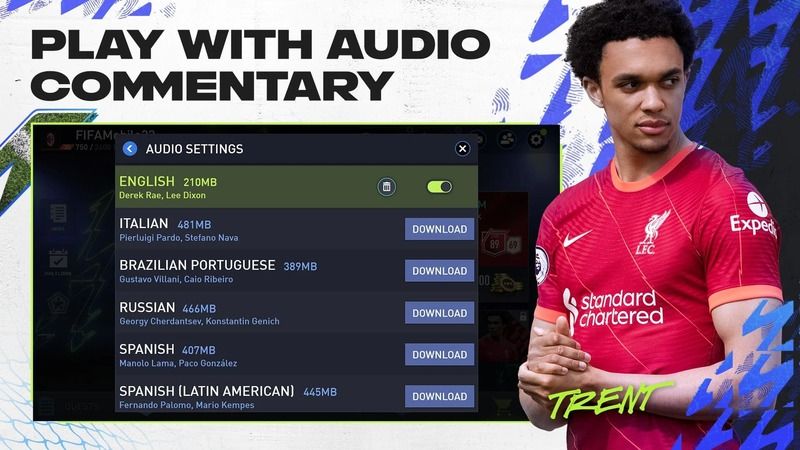 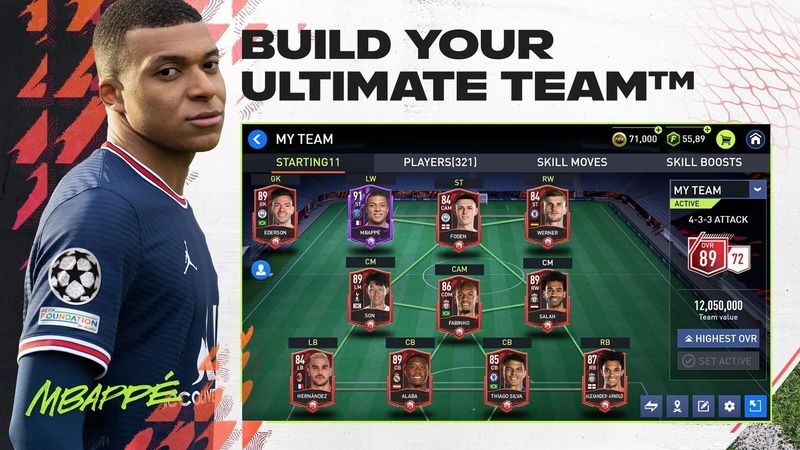 The Description of FIFA Soccer

Offered by Electronic Arts, FIFA Soccer is a mobile version of the football simulation game for iOS and Android device players. It can be installed and played for free while it also offers in-app purchases on special items and upgrades. The main gameplay is soccer team building as much as game-wining. FIFA Soccer provides a massive catalog of international football teams and star players across top leagues. It creates a simulated football team management and training experience for players who can select their dream footballers and customize the training, stats, and game formations accordingly. The football games take place in real-time PVP mode. 11 selected players are engaged in the real-time online multiplayer competition for victory and higher rewards. As a team manager and training professional, players can personalize many features according to their judgment. For example, they can customize the stats of individual players or the whole formation of the team. They can also adjust the gears and weather conditions for the games. The control of the game is a combination of functional buttons and touch-screen gestures. All of the movements are displayed as buttons on the interface and players can also use swiping and tapping mechanics to perform more intuitive controls. Apart from the main gameplay, players can also take on side quests and events to practice and earn rewards. Besides, they can also optionally play through the Kick-off mode to get familiarized with the basic controls and game rules. All these practices and gameplay help players accumulate rewards that are very useful in the main game.

Being labeled as Editor’s Choice on App Store and Google Play, FIFA Soccer receives very positive market ratings on various platforms. Both iOS and Android platforms rate it at 4.5 out of 5 with millions of votes. Other app review websites such as uptodown.com and CNET.com gave it an above-average score as well.

3. Stable programming system with much less delay, lag, or crashes.

4. Fast-matching for players in the real-time PVP mode.

1. There are occasional errors in saving the game settings.

2. The playing angle can be further optimized with a realistic first-person view.

This mobile game offers highly realistic and user-friendly gameplay to both experienced and new players. Football game simulation can be complicated as it involves so many motion controls and dribbling skills. However, FIFA Soccer primes players with adequate preparation before they set foot in the main gameplay. Although it is fully optional, players can get enough practice in the Kick-off mode before they participate in those intense PVP competitions. In this tutorial-like mode, players can take bite-size challenges and familiarize themselves with different movements and controls. This also helps them gain rewards at the early stage of the game. Besides, players can also regularly participate in side quests where they fulfill designated missions to earn a good amount of rewards. In this sense, FIFA provides a potential for players to upgrade and move further into the main game without paying or paying a lot. In terms of the main gameplay, the most important element in a sports simulation game is controlled. This mobile version is particularly designed for mobile device users, which means the game controls are inevitably limited and simplified. However, FIFA Soccer handles this aspect with a very reasonable approach. It combines multi-button control with intuitive touch-screen gestures. Besides, the movement options vary by the position of the team. Players can make the most of the combined control and create a responsive flow of dribbling. Furthermore, this game shows its craftsmanship in game-making with high-quality graphics and vivid animations. The stadium effects are also highly life-like and immersive for players on the field.

Overall, it is a well-made sports sim game for mobile devices and players on the go. Although there are a few details that can be further polished, the main gameplay as well as its side games are very solid and playable.