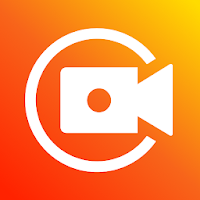 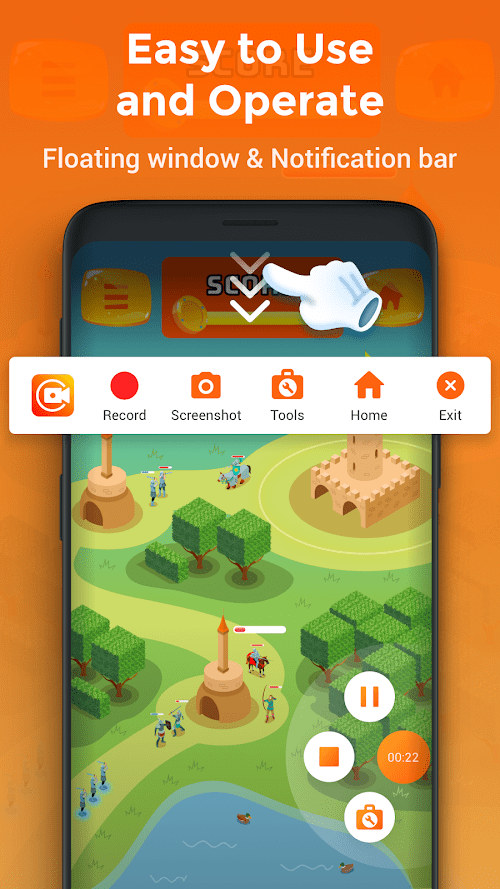 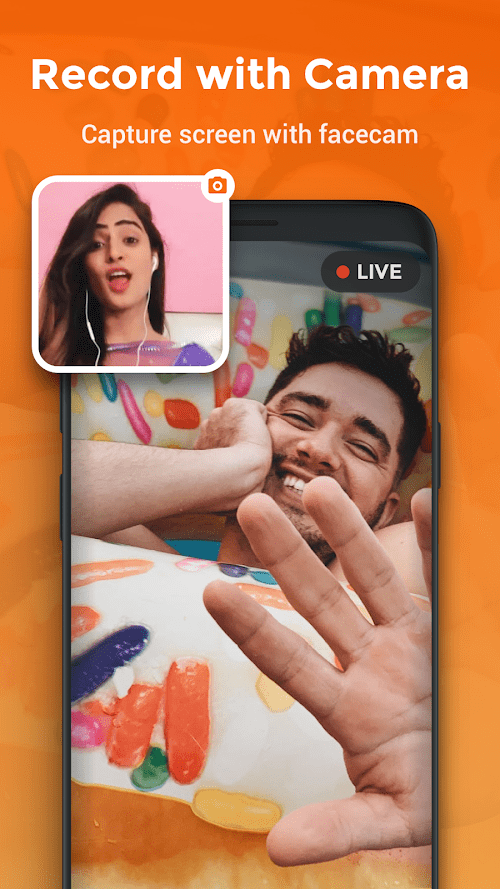 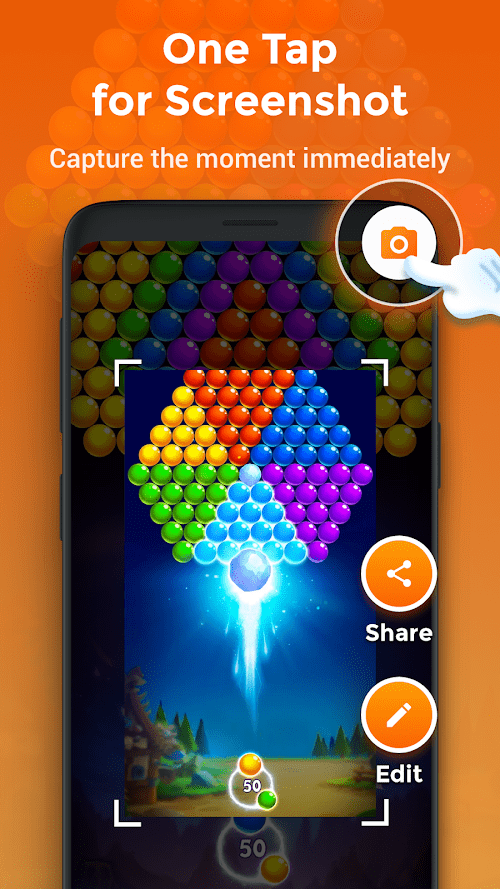 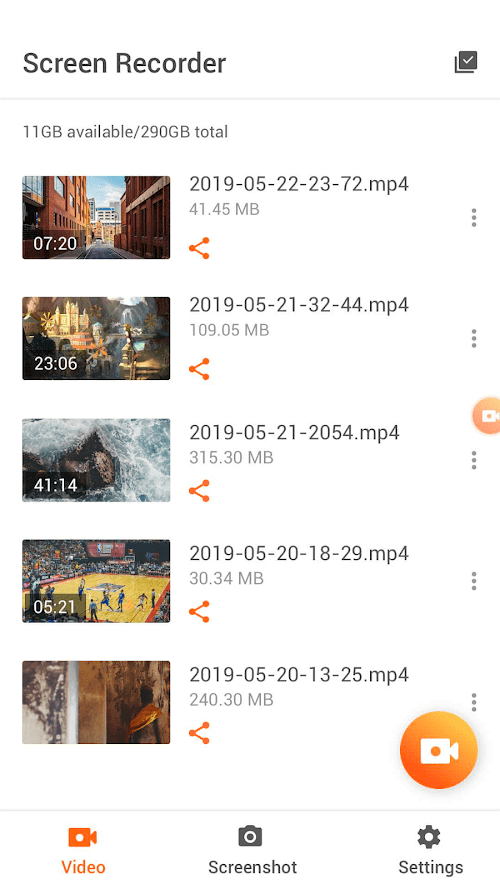 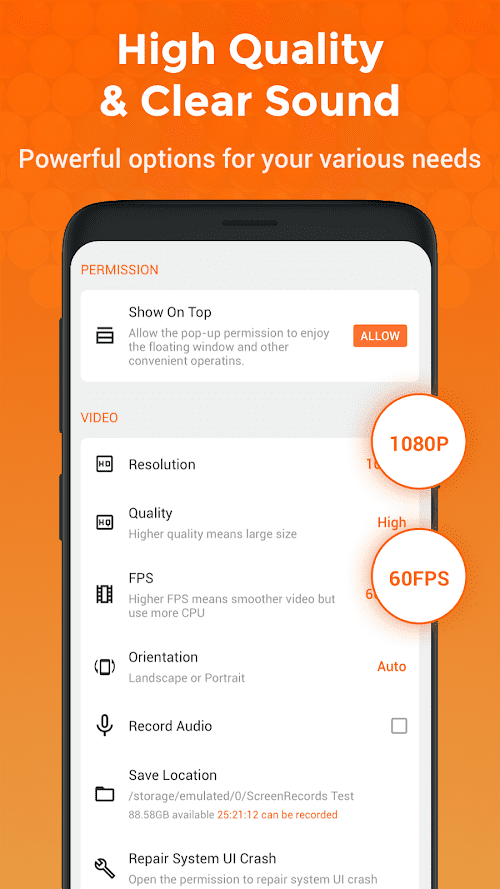 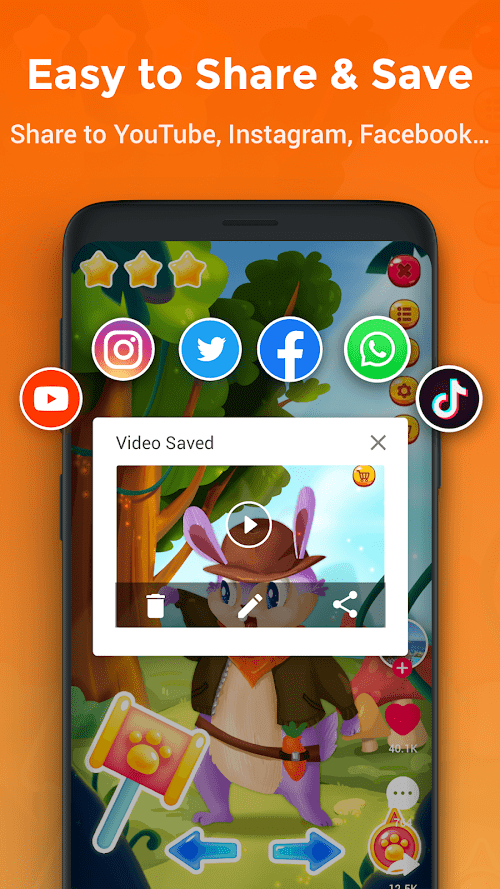 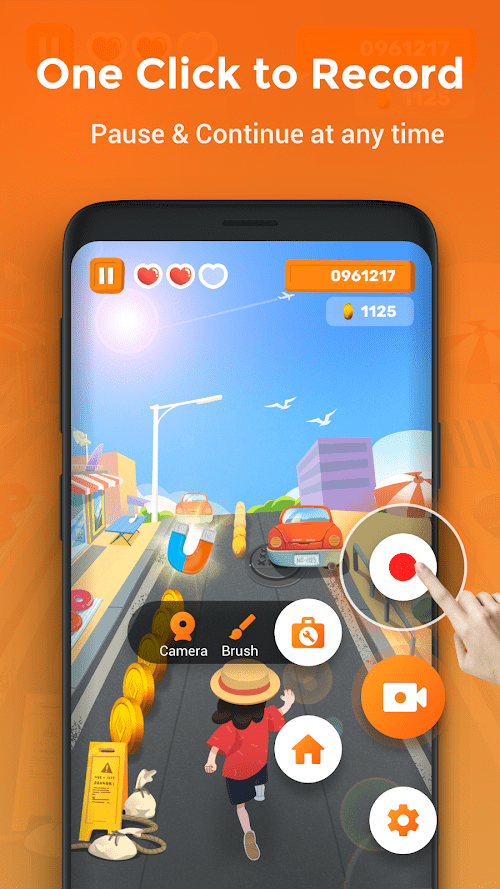 The Description of Screen Recorder - XRecorder

Screen Recorder – Xrecorder is an app released by InShot Inc. to record the screen of iOS and Android devices. It is currently one of the best rated video editing apps on the Google Play Store. Xrecorder is designed to screen record any video played on the user's phone, even those for which download permission has not been granted. This app allows users to make screen recordings while playing any video. Xrecorder doesn't require root access, and it's highly secure, it won't let users' videos leak, and users have easy control while recording.

1. Users can record any length of video or screen without any recording time limit

4. Its Trimer function can be used to fine-tune the video to change the speed, and users can also cut the screen recording

7. User can choose to export video in desired quality

2. There will be additional clips at the beginning and end of the recorded video

3. There is a problem with the recorded voice

Screen Recorder – Xrecorder supports users to save video apps in their own way without built-in save function. Therefore, Xrecorder will not be blocked from screen recording. It can capture almost anything. In addition, Xrecorder has its own player, so users can watch saved videos directly in it very conveniently.

In order to provide users with better recording effects. Screen Recorder - The state of the Xrecorder while it is working will not be seen. While recording, the Xrecorder only has a menu light bulb that allows the user to pause, restart or stop the recording. It also puts its control elements into the notification area, allowing users to control recording and playback of the video by simply dragging down from the top. As a result, most of the content recorded by the user goes unnoticed.

Xrecorder gives users a three-second countdown to run what they want to record before recording begins. Users just need to make sure they have enough storage space on their phone and choose a destination folder to save it. Xrecorder creates videos at the same resolution as the user's screen, up to 1080p, and automatically saves in MP4 format. After recording, the user sees some clips at the beginning and end of the recorded video and captures the control elements. If the user wants to cut out the content not related to the recorded video, he can choose any video editor and trim it there. Users can then also save it in their gallery or share the video on YouTube, other social media, and more.

Screen Recorder – The free version of Xrecorder offers all its features. However, it is not possible to eliminate advertisements displayed after the recording has ended. But users can choose to make an in-app purchase for the premium version, which removes the ads. While these ads won't affect new videos being recorded, it's an option to save some time.

Overall, Screen Recorder – Xrecorder is an excellent app for recording videos. Although users will see some advertisements, users can purchase the pro version, and at the same time, the video will not leave a watermark after the recording is over. Apart from this screen recording, Xrecorder has other interesting features. For example, it can also store helpful user recordings as images. Users can optimize this feature through tap or swipe settings installed in the app. If you are looking for a screen recording app that meets your needs, Screen Recorder - Xrecorder is an excellent choice. It will help users to record the clearest and highest quality video on their mobile screen.

In terms of basic functions, Screen Recorder - XRecorder, like other screen recording software on Lollipop, supports modifying video parameters such as resolution and bit rate, supports external audio recording, and allows modifying the save path. The "stop recording" function seems to be common, but the developers have made tricks and provided a variety of solutions to trigger the stop function, such as clicking the notification in the notification bar, turning off the screen, setting a fixed recording duration, and clicking this very distinctive flashing red dot. When recording the screen, the red dot in the lower right corner will keep flashing, indicating that you are recording, click to pause/resume recording, and double-click to stop recording. Compared with pulling down the notification bar to operate, using this red dot is a simpler and more convenient choice. The basic functions mentioned above can be used without payment, and AZ Screen Recorder itself has no advertisements, and will not force watermarks to be added to videos and limit the recording time of videos. Even as a normal screen recording app, AZ Screen Recorder is excellent. But Screen Recorder - XRecorder's excellence is far more than that, and some features make people admire it after watching it. The paid features of this app are unmatched. There are generally in-app purchases for screen recording applications, and only ads can be removed after payment, while Screen Recorder - XRecorder's in-app purchases are full of dry goods.

1. The function of this APP is very powerful, which can meet the different needs of customers.

2. Provide a combination of free services and paid services to meet the needs of different groups

1. When opening this app occasionally, users need to watch more than ten seconds of advertisements.

This APP has various functions. The magic button is not visible, but in a small area in the upper right corner of the screen. It is similar to the function of the flashing red dot mentioned above, a single click pauses/resumes the recording, and a double click stops the recording. But the role of the Magic button is not only to make the picture pure but also to make it easy for users to control the video recording process. It also has a very important function, that is, the callout button. Users only need to press and hold the upper right corner of the screen, and red, green, and blue striped buttons will appear in the upper left corner, and then they can use their fingers to swipe on the screen to mark. There are also many options hidden in the button, from left to right are Change Color, Undo, Clear, Minimize, and Exit. It should be noted that when the annotation function is activated, you cannot perform operations such as clicking or scrolling on the screen. If you want to continue to operate the screen, you need to exit the annotation function first. This APP can also provide the function of intercepting video. There will inevitably be some redundant content before and after the recorded video, and the general screen recording application does not provide the trimming function, so either use the video editing application on the mobile phone or trim it on the computer. trouble. AZ Screen Recorder provides a one-stop service, which is fast and convenient. Although this trimming function is relatively simple, it can only cut the clips from the beginning to the end, but if you only cut out a small part of the useless content before and after the video, this function is still enough.