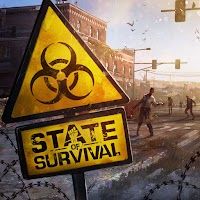 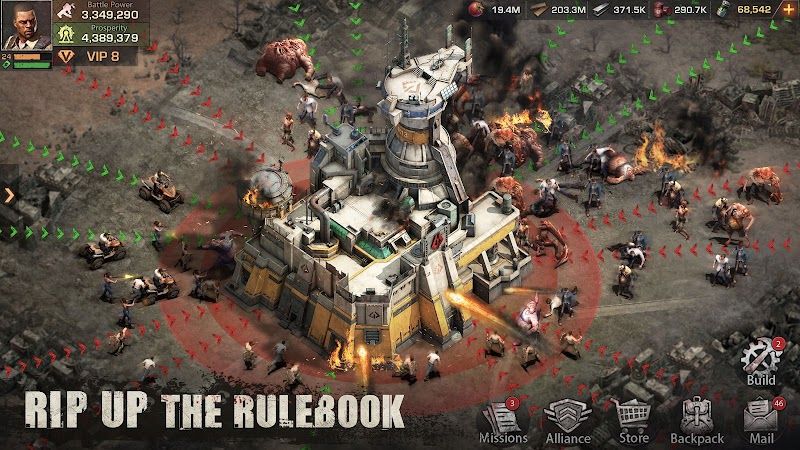 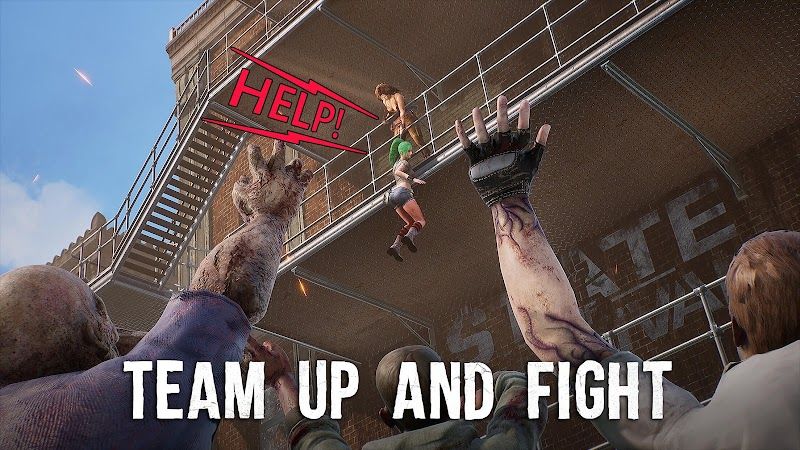 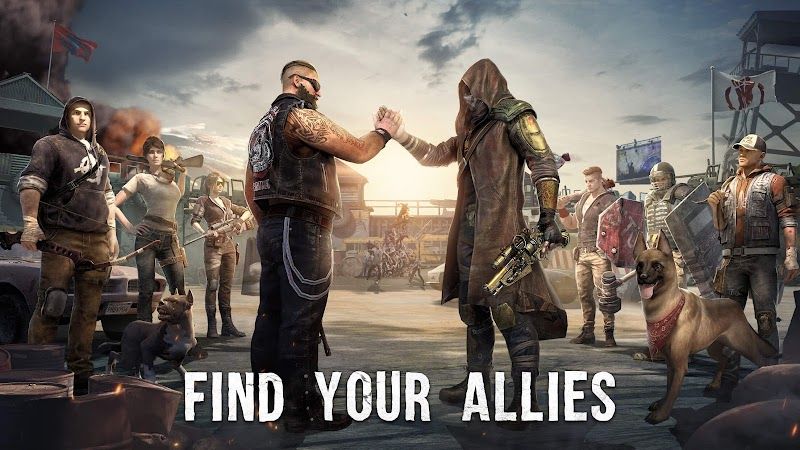 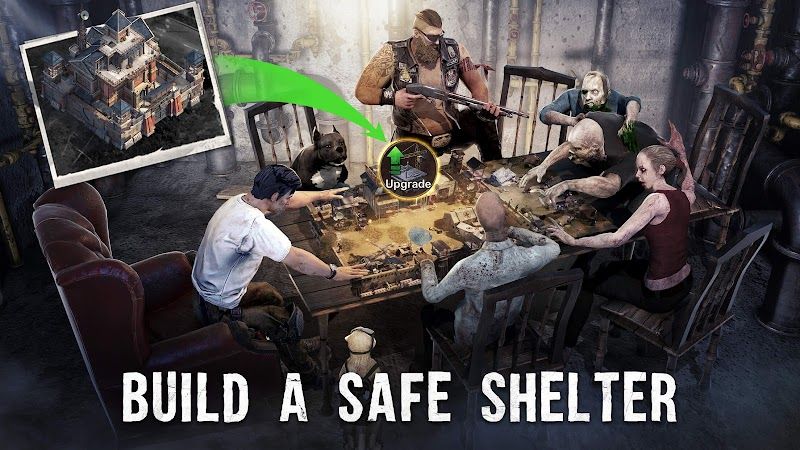 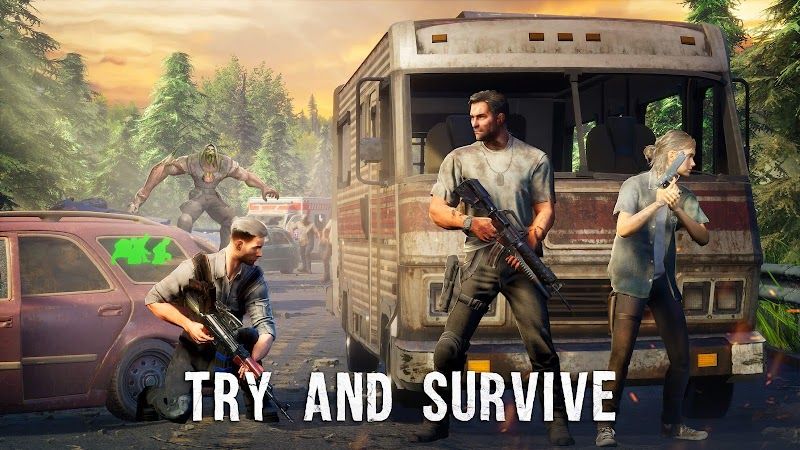 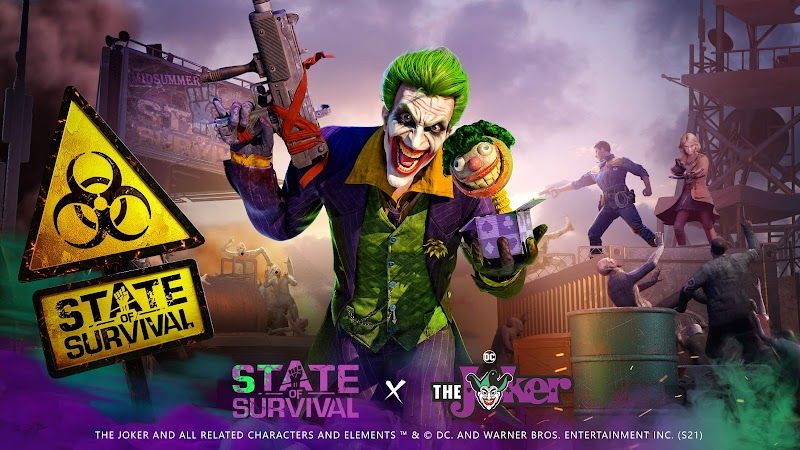 The game State of Survival: Zombie War is mainly a zombie-themed doomsday survival strategy mobile game. The background of the story is that a company named Gigacorp developed a deadly weapon, which brought huge disasters to all mankind. The zombie virus leaked from Gigacorp has ravaged the world. The whole world is full of terror, loneliness, and hardship. The civilization and prosperity of the past no longer exist. The infected are rampant everywhere, and only a few survivors dare to appear in this land. "You" is one of them! To get a good score, you need to understand the current trend of the game, and more importantly, to understand the current trend, in order to survive in this apocalypse!

Compared with traditional strategy games, State of Survival has added many new elements to the game design. In addition to the core construction, management, and combat gameplay of strategy games, it has also added more strategic gameplay such as tower defense and exploration. The design also enriches the game content and will bring players a new multi-level strategy experience. As a survivor of disaster in the game, players must find other survivors and survive together! But this is not easy. There are infected people everywhere, and resources are extremely scarce. They can only survive in the cracks. Together with like-minded allies, rebuild their homes, resist malicious enemies, and more importantly, fight and fight against enemies. End Gigacorp's plans and find a way to save the world from darkness. Another very interesting point is the battle in the wild. If you take your base as a character, then the bases run by everyone will be like the skills of the characters, and they have their characteristics. Blue For one's people, the other colored parts are enemies or treasure resources, etc...

More importantly, this game is a good social platform, and we all deserve it. This kind of game that needs to help each other can better unite everyone's friendship. In the base, when players expand their territory, they will encounter various levels, each level has different BOSS strengths and skills, and not only that, the only thing that can be shot is the hero in your hand. The skills that each hero can use are different. Use the three heroes to continuously explore each position in the base, make good use of the walking method to avoid the attack of zombies, and further eliminate them. This kind of fierce battle like guarding the tower, It's like acting in a movie! To search for living people, it is as exciting to find resources in order to survive!

However, this game has few heroes to choose from, and it is difficult to upgrade. The reason why the heroes are strong in the game is not the level, but the army formation, but the army formation needs to be exchanged with a large number of hero fragments, especially after the army formation reaches the school level, it takes 30 or even 70 fragments to upgrade at a time, so it is said to upgrade It is very difficult, so the characters who can be promoted to a higher military rank in the game are the heroes who can come in handy on the battlefield. And these heroes are only a few characters who can obtain fragments from intelligence missions and polluted land missions, so for players, the choice of characters is very small. Players with heavy krypton gold can have a large number of fragments to upgrade heroes, or even obtain legendary heroes. There is already a clear difference in strength, so this game determines the account strength according to the amount of krypton gold. It's not friendly to players who don't have money.

On the whole, the content of this game is quite full. The content includes the gameplay of guarding the tower, as well as the strategic gameplay and the players share the current information, which will make people deeply feel that the future is coming, what is the aid that each other needs? In general, the game integrates tower defense elements into strategic gameplay and incorporates more elements in addition to the core construction, management, and combat gameplay of traditional strategy games. If you are interested, come try it out.

Developed by FunPlus International, State of Survival: Zombie War is a massive multiplayer online game with RPG influence. It is available on iOS and Android platforms as a free download mobile game, with in-app purchase options for perks and bonuses to speed up your victory. This game is set against an apocalyptic city plagued by zombie infection and constant monster attacks. In the shadow of terror and death, players must play the role of city builders who provide safe shelters for other survivors, resist the zombie war and control the virus infection. The gameplay involves various aspects of tasks including direct shooting against zombie targets, searching for and gathering up materials and resources, rescuing and sheltering other survivals and building up resistance army force etc. The ultimate goal of the game is to survival. In order to do this, players must expand their uncontaminated settlements; they also need to make alliances with other survivors and form joint forces to confront with the vicious zombies. During the game, they are assigned with different chapter goals and the accomplishment of each goal proceeds the player to the next phase of the game.

There are plenty of things to keep players preoccupied in the game and some of them can be carried out simultaneously. Generally speaking, there are three types of tasks player can take on in order to enhance their chances to survive. First, they must build up and strengthen their safe haven settlements. In order to do so, they can clear and remove the infectious zombie bodies in the open field so that they have more space to build and expand their settlements; besides, they can set up new shops and community facilities to upgrade the buildings; what’s more, players also need to seek for and collect various useful resources such as gold, coins and anything that might be of use; plus, in order to have a stable source of food, players are also involved in farming and agricultural activities. Then, players need to build up the defending troops to resist zombie attacks and enhance survivors settlements. Such resistance includes direct battle shooting combat and bomb planting; it also requires regular training and upgrades of troops. Furthermore, players also gain their number advantage through rescuing and socializing with other survivors. Last but not least, players also need to study the zombie virus and prevent it from contaminating more areas and mutating.

This mobile game integrates various gameplay contents into an attractive plot, and players can also find a lot to do with their devices on the go. They can use fragmented time or waiting time of upgrades to attend idle state tasks or conducting wildness jobs. Such gaming mechanism allows players to settle various tasks simultaneously and proceed a bit faster in the game. Apart from the actually main plot, players can also participate in daily challenges and other special events and missions, which offers them extra rewards. On the other hand though, the in-app purchase for bonuses and boosters can indeed be costly and the game update has the tendency to intensify the difficulty level of the game to stimulate actual spendings. Otherwise, as players go into later phase of the game, upgrades become harder and take longer, which makes the gaming experience grinding for some players.

Generally speaking, this game is worth trying because it indeed incorporates quite a lot of events and activities in a small-screen based mobile gameplay. The interactive feature that connects different players to cooperate also to some extend enhances gaming experience. However, as the game has become increasingly purchase-oriented than it was initially released, I would suggest potential players be mindful when they reach their deep pocket to back up the game progress.