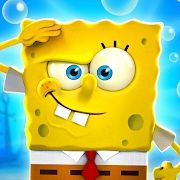 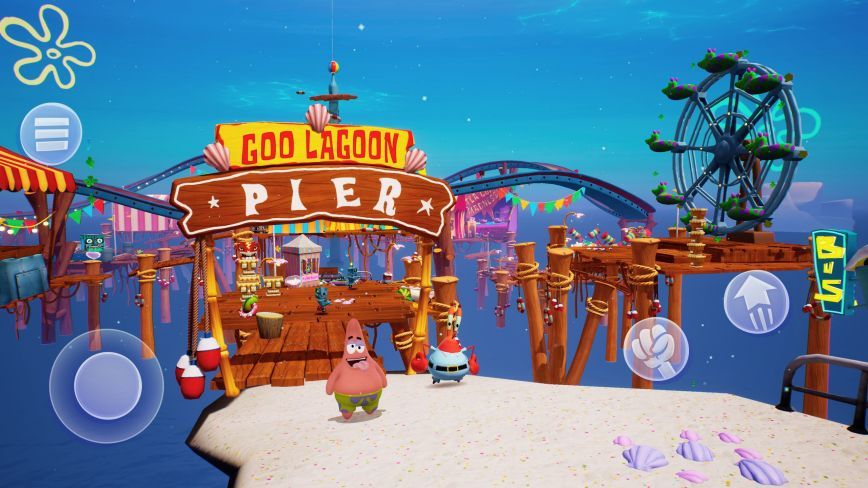 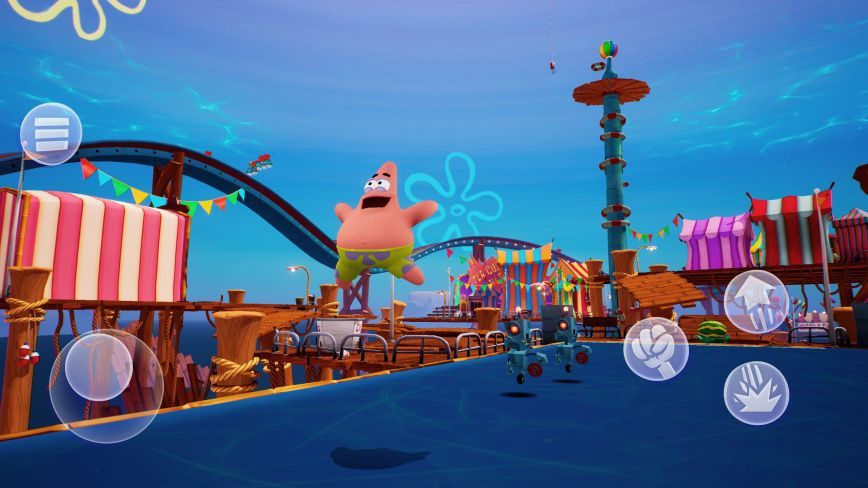 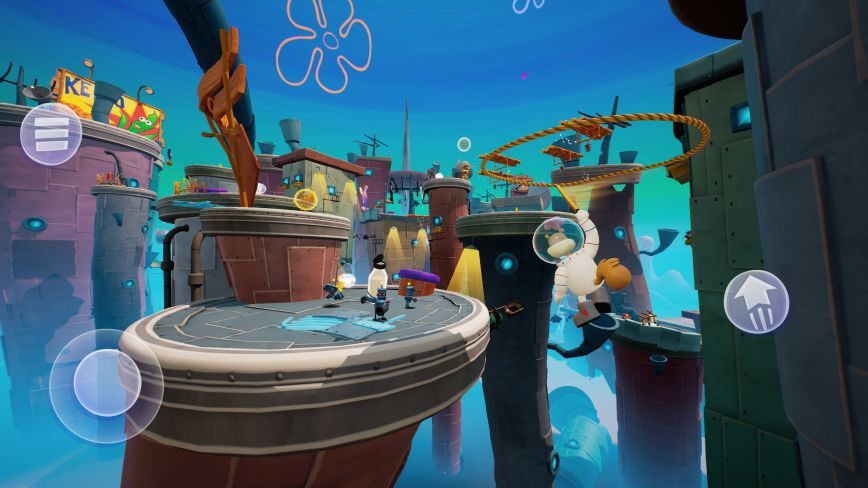 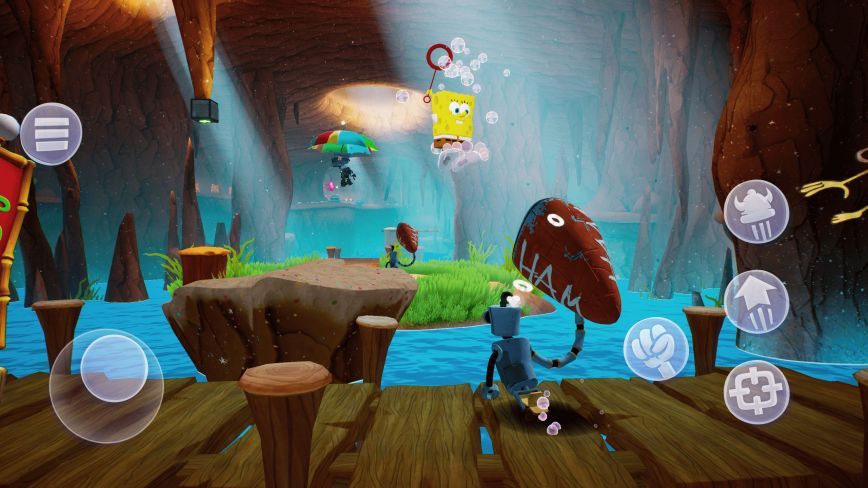 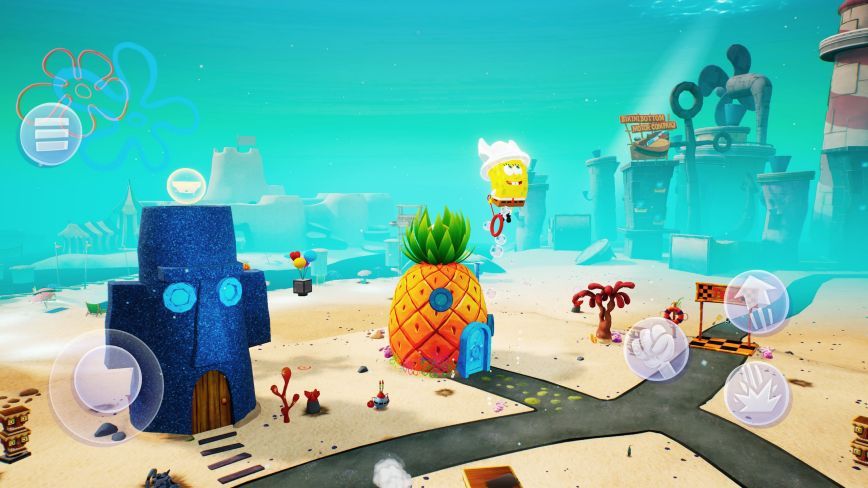 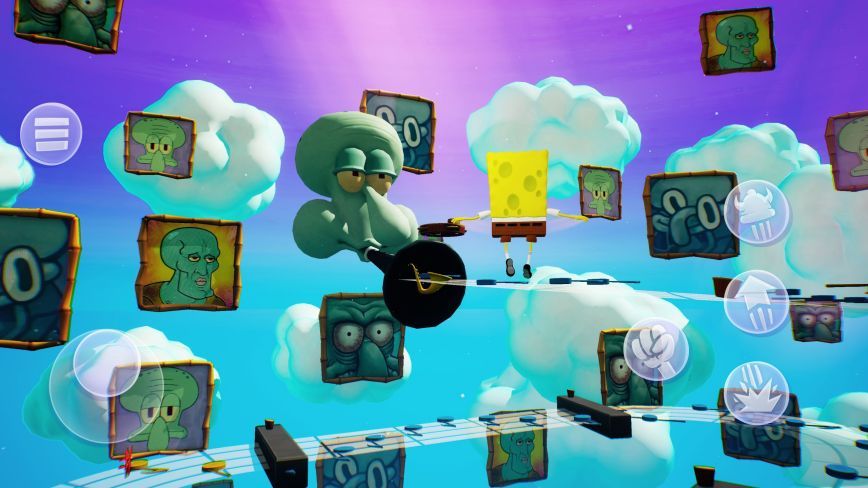 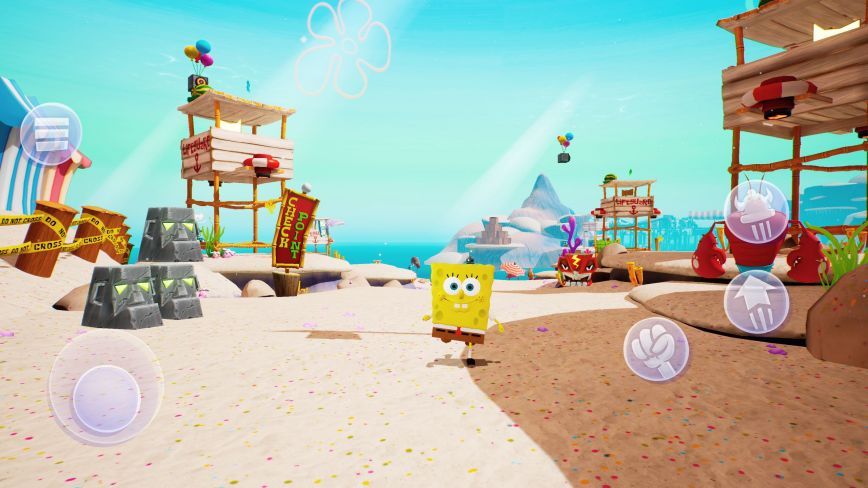 When it comes to SpongeBob SquarePants, I guess everyone is familiar. SpongeBob SquarePants is a classic cartoon that is well-known all over the world. The energetic SpongeBob SquarePants, the nonsense Patrick star, the world-weary octopus brother, and the karate master Sandy from the land are all impressed throughout the years. Correspondingly, the game SpongeBob SquarePants was quickly familiarized by people. This game was launched by the publisher THQ, and it was welcomed by many players as soon as it was launched. It is said that this game is actually a remake based on the work developed by Heavy Iron Studios, and the game quality has been greatly updated, which is more in line with modern style design and high resolution.

First and foremost, this game is a fun-filled platform adventure, and it's really fun. The gameplay of this game is very simple. It is a common 3D platform adventure game in the past. This gameplay is still very common in modern times, such as the new Mario 3D series "Super Mario: Odyssey" and "A Hat in Time", which are the same type of works that have performed extraordinarily in the past few years. Players must adventure in multiple small garden areas with Beechburg as the background, collect shiny things, such as golden shovels, socks, and so on to solve puzzles, to complete the tasks given to players by NPCs, and to get rewards. When the number of collectibles is enough, players can open the passage to the next area to challenge until all the bosses are defeated.

Other than that, the SpongeBob SquarePants looks great. This game has reached a very high level in terms of character and scene models, and even the original Beechburgh, which did not have much detail due to PS2 performance limitations, is more lifelike. Even if the game's graphics can't be compared with the current 3A, the classic jellyfish fields, downtown Beach, Beach, and other scenes are all in a colorful cartoon style, covering up these minor shortcomings that are not serious in themselves.

In terms of combat, SpongeBob SquarePants occupies a very large range. The three characters have their special attacks. SpongeBob can sprint upwards and throw bubble bowling balls; Send Daxing can throw items and use falling attacks to stun enemies; Sandy can stay in the air for a long time and attack enemies with long-distance ropes. When you want to switch, only specific locations in each level can be switched. In addition to fighting the enemy, the use of these special moves is almost always on platform puzzle-solving, and you must use them to clear the level. Of course, on some levels, some players will feel that they can use the abilities of several characters to steal their way. It is a pity that in addition to the resident protagonist SpongeBob SquarePants, the characters that can be switched in this game, Pai Daxing and Sandy Appearance restrictions are fixed.

Of course, on the key platform adventures, the design of the game is also satisfactory. From the scene, after SpongeBob left home for the first time, everything that the eyes can see can be visited after the conditions are met. In addition, the mechanism of using various characters in the game to clear environmental puzzles is constantly stimulating the player's desire to explore. And although each level does not have the height of an open-world game, it also provides enough space to play, allowing players to use the operating skills they have learned to slowly explore according.

However, the only pity is that although there are technical renovations in the picture performance, the music has not reached the same level. Players in the game can only hear the background music of the same tune from beginning to end, although it is indeed in the cartoon. The original soundtrack in the next 10-plus hours of adventure kept playing. And I listen to the same melody in a loop, and in the end, I chose to turn it off and play the music on another device.

All in all, after playing the PC version of SpongeBob SquarePants, I thought it was generally a great game. Aside from the optional two-player co-op mode, the game is good no matter what platform you're playing on. If you like adventure games and are looking for a nonsensical game that will last a while and be fun, there's no reason not to.

Ready to explore the underwater world of Bikini Bottom right from the popular and classic cartoon SpongeBob? In this action game called SpongeBob SquarePants BfBB, players can choose to be either SpongeBob, the sea star Patrick, or the chipmunk Sandy, each with special skills at their disposal. Bikini Bottom is under the threat of robots, as a resident of the community, you need to save your people and the whole community by starting your adventure. Try all kinds of actions like jumps and slides while exploring familiar places in Bikini Bottom, including SpongeBob’s home and Mr. Crab’s restaurant. The game now has 2,672 reviews with 4.4 stars out of 5 on Google Play. Now let’s talk about the strengths and weaknesses of the game.

Though receiving not so many reviews from players compared with other games, this game still deserves recognition out of the following features. First of all, the game allows you to choose from a variety of well-known characters from SpongeBob, each with unique skills. Also, you can explore the underwater world by running, jumping, and sliding all the way along the course. Moreover, players can experience an immersive gameplay mode with all the high-quality and colorful graphics and characters exactly originating from the cartoon series. In addition, players can simply enjoy the moves of these characters by giving them instructions at their fingertips with the well-controlled system, ensuring players a super smooth gameplay experience. What’s more, the sound effect and the music in the game is also amazing and add up to the great atmosphere of the game. Last but not the least, the tutorials of the game are quite user-friendly for new players, making it quite easy for them to understand.

Yet, that is not the whole story. As you can tell from the number of its reviews on Google Play, this game doesn’t receive great popularity among players worldwide. As for the reason why it might have something to do with these causes listed below. To begin with, though the game provides players with a basic story background of the threat of robots toward Bikini Bottom, it doesn’t make it very clear what exactly should players do in the game. Though the process of the gameplay is fun, yet without an ultimate goal, it could make players easily get bored of it by losing motivation. What’s more, there are too many bugs in the game. For instance, the video doesn’t sync with the sound, and the video might crash all of a sudden. In addition, the plot of the game is quite weak, just like what has been mentioned before, resulting in the dullness of conversation between characters as well. Finally, the control system of the game is not that smooth regarding the use of the camera, making it quite inconvenient for players to observe the underwater world.

Anyways, the game featuring classic SpongeBob characters is fun and good at killing your time. The high-definite and detailed depiction of graphics and characters resembles a lot of those from the original cartoon series. Also, players can learn more about Bikini Bottom by playing this game. Yet, the game still has a lot of bugs to fix and it has a weak story base that still needs to be completed. The game is recommended to those who love the SpongeBob series and those who love action games. There are no in-game purchases or ads in the game, so players can rest assured that they won’t be distracted during their gameplay.