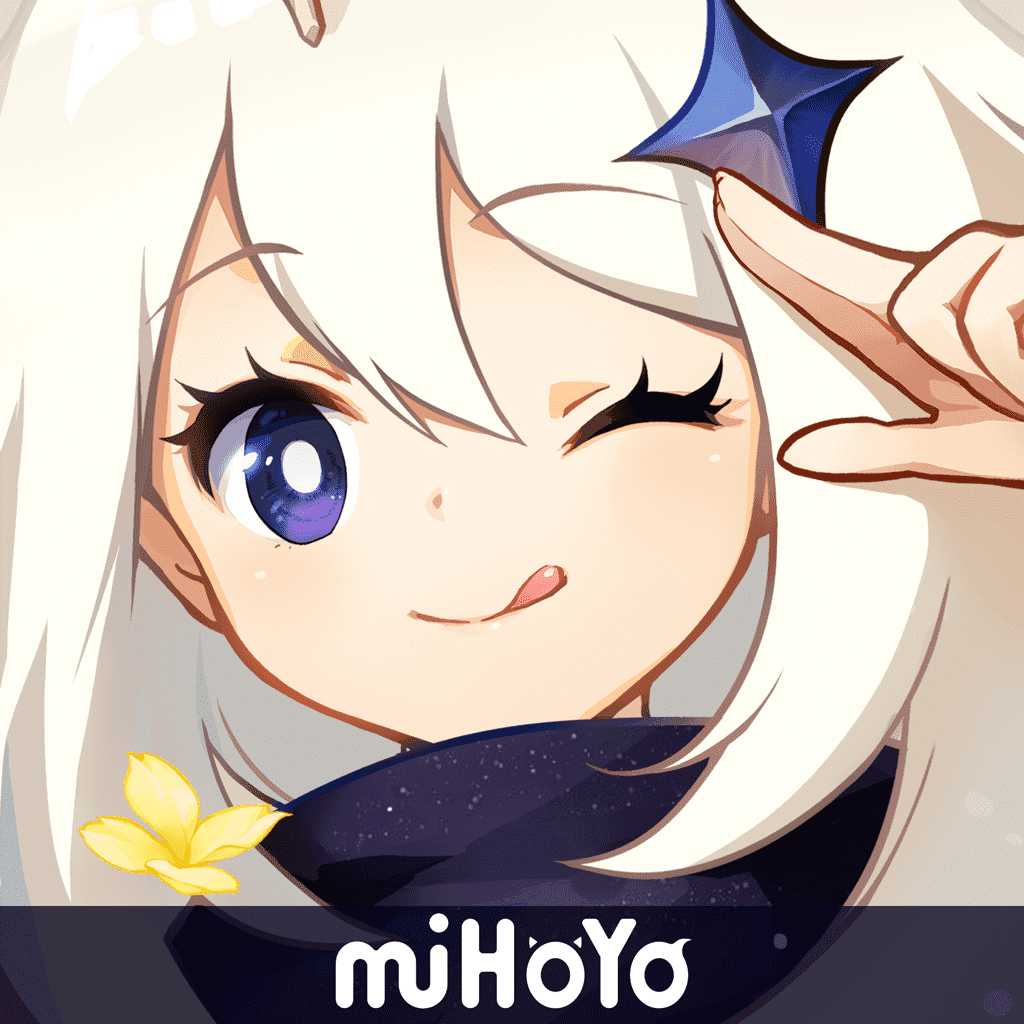 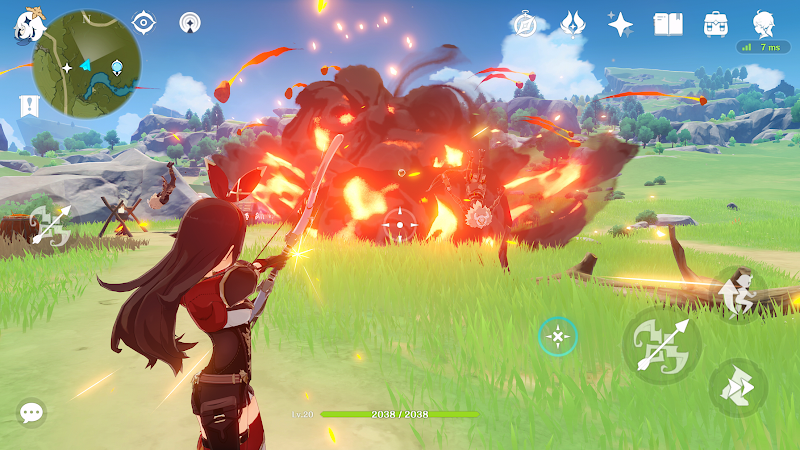 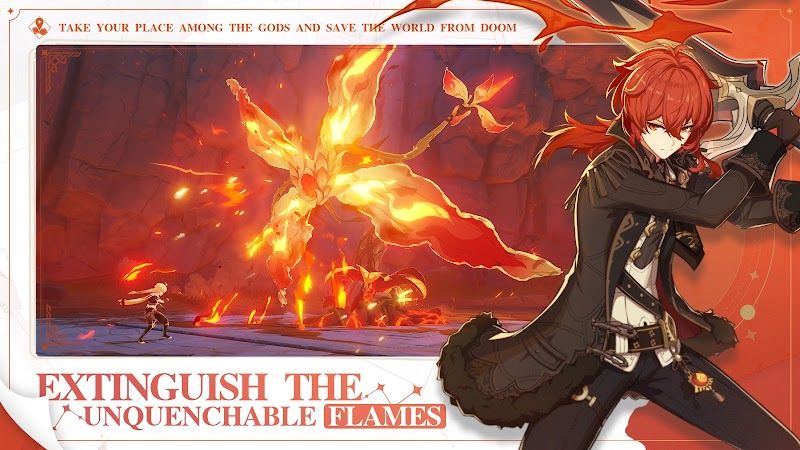 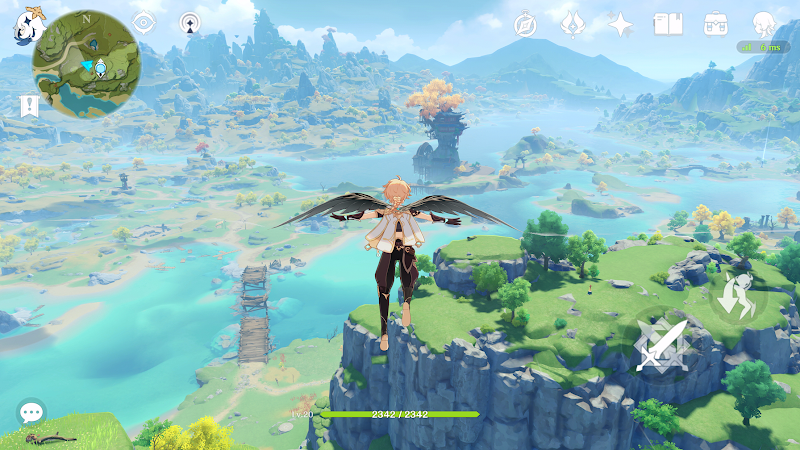 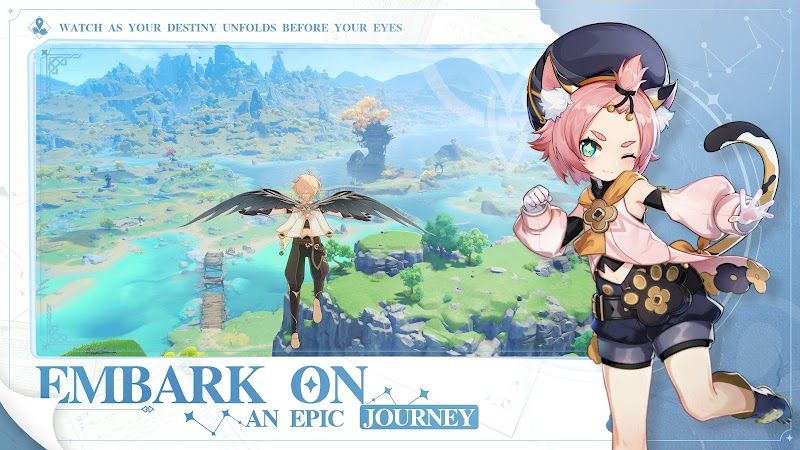 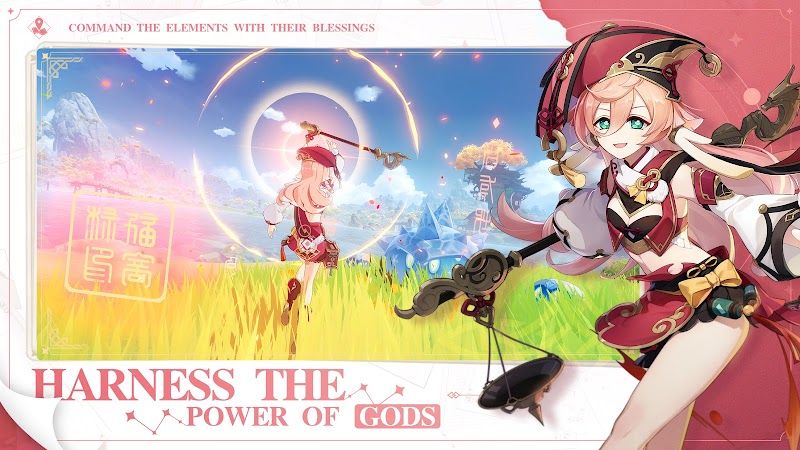 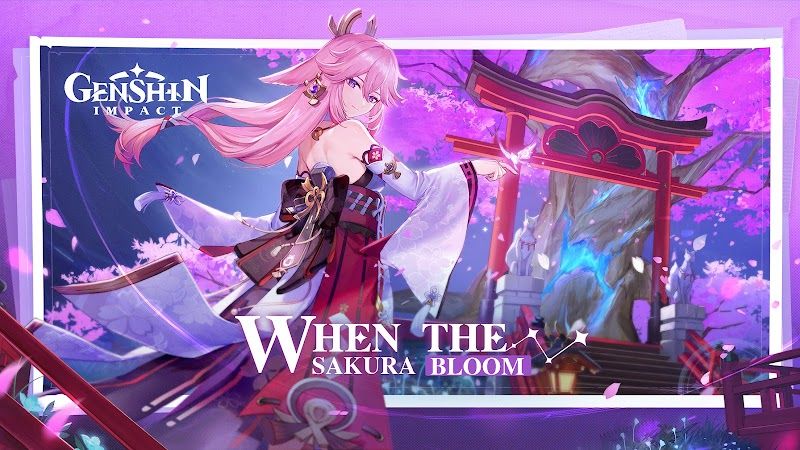 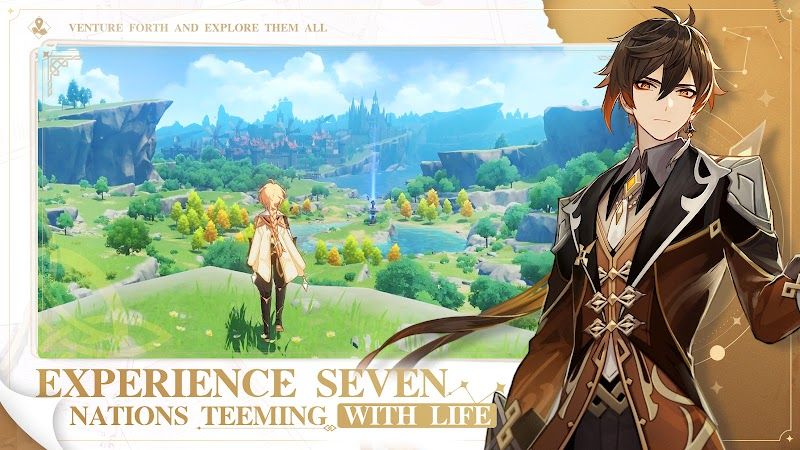 Genshin Impact is a great game developed by Mihayou. It relies on a fantasy open world and action role-playing. The plot of the game is set in a fictional world. Those selected by the gods will be granted the God's Eye that guides the power of the elements. These people with God's Eye are called Genshin Impact. Players will play the role of a traveler who travels through seven countries in search of their only lost blood relatives. The game has been released on multiple platforms such as Microsoft Windows, Android, iOS, PlayStation, and PlayStation, and will soon be released on Nintendo Switch.

When I first got into Genshin Impact, I liked the game. First of all, I think the graphics quality of the game is beautiful. The details of the characters and actions are well done. The beautiful graphics are a pleasure to explore while exploring the expansive map. In the new world, you can experience the four seasons of the year through the characters, rainy and snowy, and it is also good to fight monsters by the way. Moreover, not only is the field beautiful, but the city is also beautifully done. Mondstadt is supposed to be based on a medieval German city. You can go to a restaurant in the city to buy takeout, you can go to a bar to sit and drink, and you can go to a store to buy and sell things. I find it interesting. I heard that the next stop, Liyuegang, is based on an ancient Chinese city, and I am looking forward to experiencing the beauty of ancient China.

Another reason I think this game is fun is the character set, each character has its element attributes. Here I think it is a bit borrowed from the "five elements" in Chinese culture: gold, wood, water, fire, earth. These are the five elements in Chinese culture - the five elements. For example, water "grams" fire. Gram means to defeat or against. So water against fire. There are seven different elements in the Genshin Impact game, and you need to know which element to use to defeat another element's monster. For example, when it's raining, or in the wetlands near a river, you can attack with Kaeya's ice. Since the monster has water on it, you can freeze it before attacking him. This is more efficient. The character skills in the game are very interesting. The so-called element interaction system feels like it is increasing the damage. As for freezing water; closing fire traps, I think it can be regarded as an innovation or a bright spot. If you simply interact with elements for damage, then I think QTE is more cool, the damage number is very high, and it looks very cool. And Genshin Impact, makes me feel that element interaction brings me a very good experience.

In my opinion, however, it is an open world ruined by the card draw system, mainly because the open world of Genshin Impact lacks a sense of surprise. Because the core is still a card-drawing game, you know in your heart that the output of treasure chest puzzles will not be the character you want, nor your coveted weapon, but material you don't know what to use it for. This greatly reduces the exploration fun of the game. I feel that if the main story is not for level requirements, no one is willing to spend time deciphering it as a branch line. Because most of the time I was playing, I was thinking, how can I get the spar to draw cards quickly. The mainline and the branch line are just the tasks of the master. How many people would like such an open world?

The positioning of this game is also very vague. As a PC-side game, it has very little periodic positive feedbacks, little fun for player to interact, lack of sense of achievement, and many physical limitations. And as a mobile game, it has too fragmented development, as if it is squeezing daily time. In my opinion, this is the opposite of mobile games. This stage of Genshin Impact is quite embarrassing. It can't compare to games like Assassin's Creed and Cookout. Although Ubisoft has a formulaic open world, it still has some strength and can operate it.

All in all, I think Genshin Impact is a generally well-made game, although it has many shortcomings. If you are free recently, I would recommend you to download and experience this game.

Genshin Impact is an adventure game featured with animation characters and vast land of elemental energy called Teyvat. In the game, players will play the hero or heroine, together with their sibling, arriving at the world of Teyvat from another world. You have been sent here by the mysterious god with no powers left on you. Now you have been awakened in a totally different world. To solve the myth, you will embark on the journey on the land of Teyvat and search for solutions with the help of The Seven, who is known as the gods of seven elements. Throughout your journey, you will meet with unexpected things and characters, make friends with them and unveil many myths along the way. By grouping up with others, you can activate various elemental actions, fight with tough enemies, conquer regions, and gain rich loots. Your final goal is to reunite with your missing sibling before leaving Teyvat. The game has 3,176,612 reviews of 4.3 stars out of 5 on Google Play. Players can interact with each other and can do in-game purchases. The next section will talk about the pros and cons of the game.

As a typical adventure game, players can expect a series of amazing surprises unfolding inf front of them. For instance, players can explore the expansive land of Teyvat by conducting a variety of actions, including swimming in the water, climbing mountains, gliding through the sky. Along with your exploration, you can also have a great visual enjoyment of the scenery displayed before you. The game keeps entertaining players by allowing them to investigate numerous mysteries. What’s more, the game allows players to master all seven elements and trigger their powerful reactions by combining them with each other. Moreover, the game will offer you a visual feast of beautiful scenery all around you in a fascinating artistic fashion. The graphics are depicted in great detail, providing you with a highly immersive gameplay experience. Apart from the characters and scenery, the natural light and weather will change as well. Furthermore, the game offers more than visual enjoyment, but audio pleasure as well. The background music is played by the world-renowned orchestras with seamless changes to accord with the mood of the game. Finally, you can team up with others to create your ideal group to fight against all forces. By choosing from the manifold of characters with personal features, you can be able to conquer places and enemies as many as you want.

Though there are indeed many advantages listed above, the game is still complained by some players due to some of its disappointing disadvantages. For instance, the game occupies too much storage space, causing the lack of enough room for devices. Apart from that, the using of tools and the customizing of characters are hard to comprehend for some players. Furthermore, the steps to take to sync or delete accounts on devices are way too complicated. Finally, there are in-app purchases in the game, making it possible for players who lack the self-control to suffer from financial loss.

To conclude, Genshin Impact is an amazing adventure game with many interesting features worth your try. Though it still has some disadvantaged criticized by some players, in general, it is a good game offering players great visual, audio, and gameplay enjoyment. The game is recommended to those who like adventures and those who like high-quality visual and audio renderings of games. Parents should be aware of the in-game purchases and be cautious to allow their children to play the game in case of potential financial loss.

Genshin really really made me cry when the abyss mage exploded ): I actually cried, This game is violent and I hope you explode aswell (:< HEHHAHAH