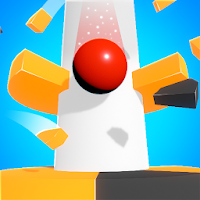 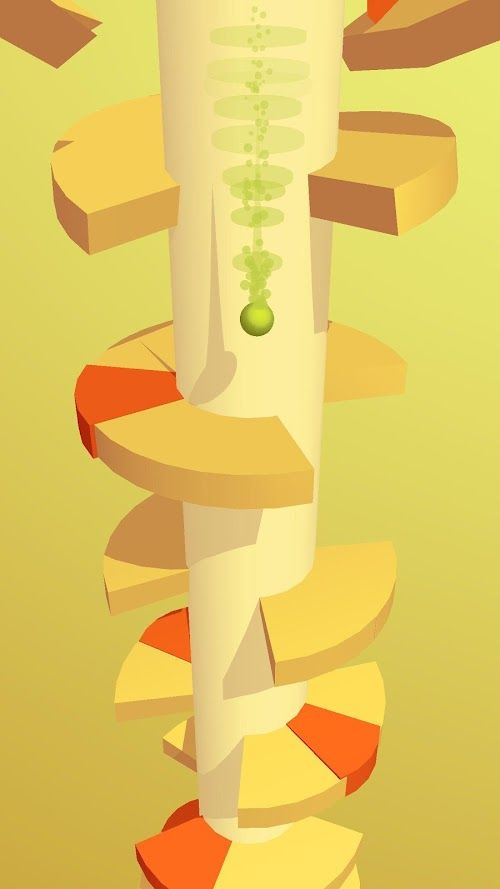 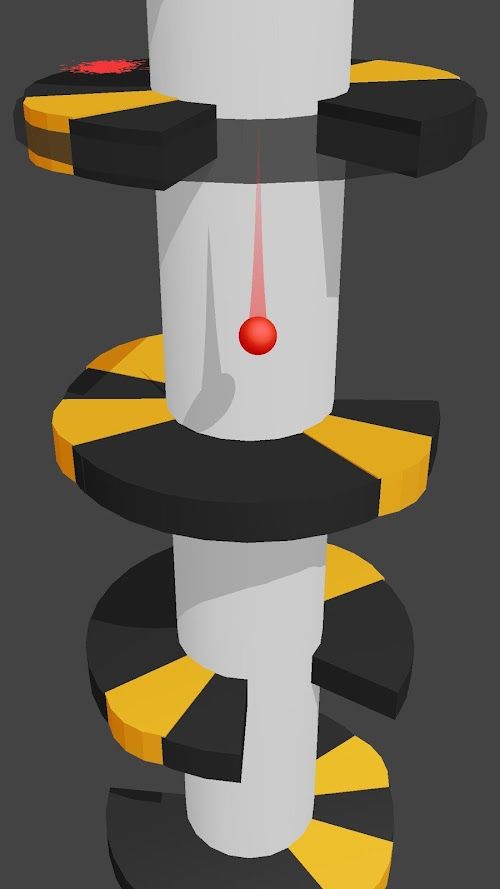 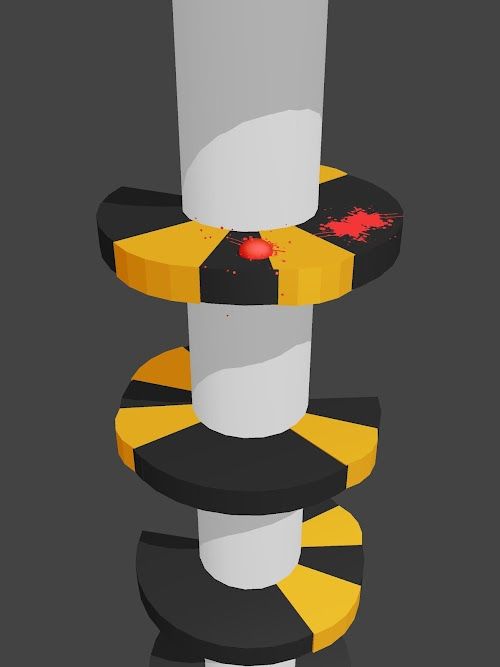 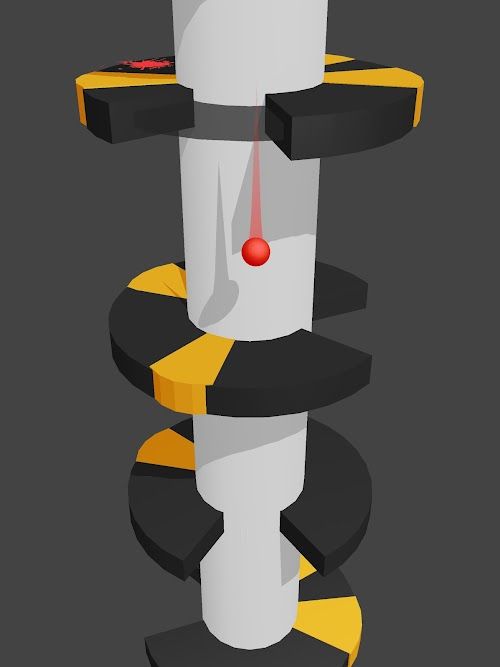 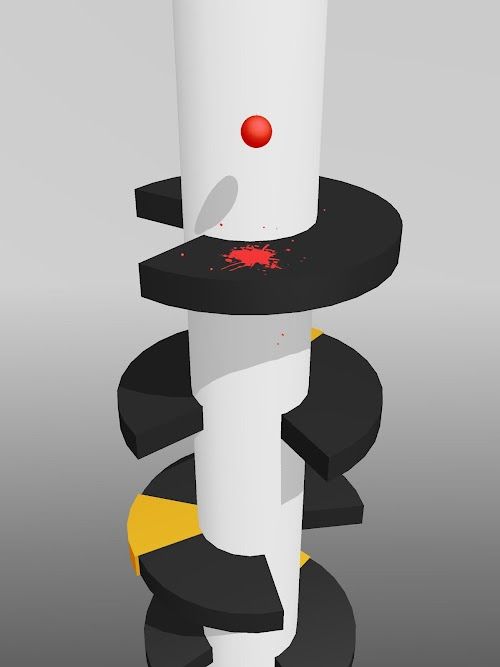 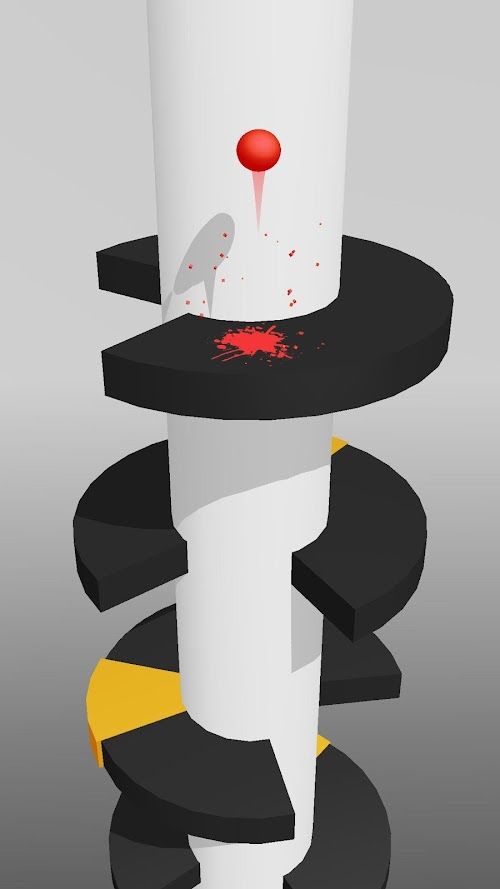 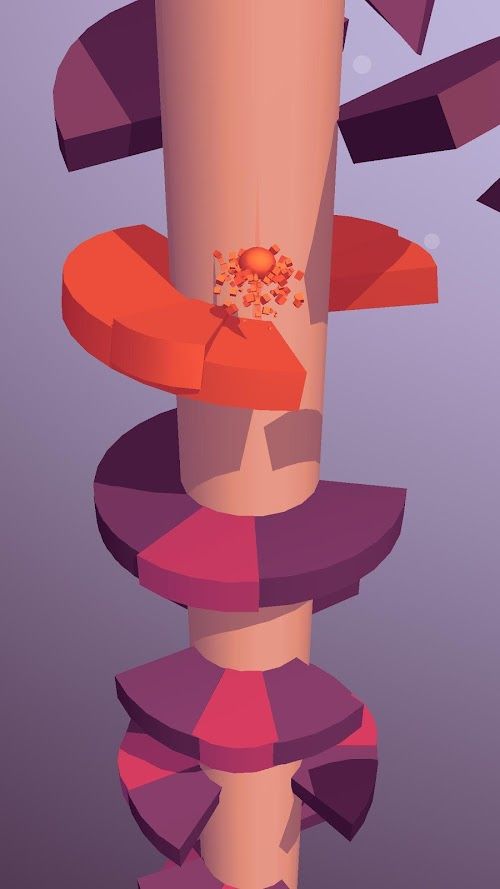 Helix Jump is an agile jumping mobile game, which was published by Voodoo. In the game, players are on a spiral tower, choose a gap to jump down, and successfully jump to the next platform. The picture of the game is very fresh, and the random map mode is adopted, so every time the customs clearance is different, it is very interesting.

The games are very short and easy to pick up, so there is a very broad user base. In this game, players only need about 45 seconds to complete a level. So it's a small game that is very suitable for fragmented time so that you will not only play games like Hole. Rise up when you are crowding the subway, taking the bus, or attending a party, you can have more choices. The best fast food game is to complete the level in a short period and let the player get rewards, which will bring satisfaction to the player, even if it is a game action or progress, the player will be rewarded, this kind of incentive even has It may be just a slight change in the UI, or animation effects, which will give players a refreshing experience, and players will continue to improve their skills to get more important rewards. In addition, in "Helix Jump", the ball keeps falling and the turntable needs to be moved, so it is difficult for the player to pause in the middle. Players can clear the level in a shorter time, which means more opportunities to display advertisements. Whether the player succeeds or fails, more advertisements also mean more income, such as increasing the possibility of players paying for games to remove advertisements, and players seeing advertisements. The increase in the number of times will increase the number of potential buyers. In short, a game with a shorter game has higher monetization potential and can play more ads between levels.

The operation of this game is also very simple, players can play anytime, anywhere. Fast food games need players to be able to play anytime, anywhere, keep the gameplay simple and easy to learn, the rules of the game must be clear, and players need not spend time learning. In this way, players can play a certain amount of content whether they have two minutes or twenty minutes. No matter how complex your game is, players need to understand the gameplay quickly, and if they can't, they'll be lost. The way to make the game simple is to slightly adjust the gameplay rules of the successful games in the past. Obviously, the above two games are essentially the same, and they both use a finger to move through the city scene. A friend of mine has played this one game before with high scores. He told me that this game mainly tests hand speed and reflexes. It is easy to learn and anyone who likes to play can try it out, and it can also test our reflexes. For example, spiral jumping with fingertips, breaking through obstacles in an instant, rushing to the end, etc., can help players release pressure and enjoy the thrill of collapse.

The setting of the reward mechanism of "Helix Jump" is also very reasonable. In the game system, players will be continuously motivated. For example, the level progress bar in "Helix Jump" will tempt players to continue playing. After clearing the level, colorful confetti will be sprayed on the screen to congratulate the player on clearing the level, which will make the player satisfied with the game. This game also has a very good growth system. For example, in "Helix Jump", players will get more rewards if they increase the game speed and clear the number of levels. In "Roller Splat", players will also get actual rewards for clearing difficult levels. In the game, players can also compete with friends, family, and classmates, and feel the gap between you and others "closely".

However, the disadvantage of Helix Jump is that there are a lot of advertisements. Although most of them can be turned off after only five seconds of watching, it does affect the player's feelings. In addition, Game Over can also get a chance to revive by watching advertisements. So if you really don't like advertising, it is recommended to turn off the Internet.

To sum up, this is Voodoo's Helix Jump, the "3S rules" that this ultra-casual game abides by, SHORT, SATISFYING, SIMPLE. Apart from these three points, of course, the game still needs a lot of testing work, such as art, ad format, ad frequency, etc., but if you follow these three points to design the game, there is no doubt that you are on the right path.

Helix Jump is a challenging and interesting arcade game in which players need to figure out how to deliver the ball through a tower with the labyrinth. Try your best to make the ball bounce as long as possible to hit high scores. All players need to do is to control the ball by tapping on the screen and spinning the platform in the circle shape, which is quite easy to learn. The mechanics of the game is quite easy to understand and additive. The game boasts colorful visual effects as well. Your goal is to deliver the ball to the bottom. Evading upcoming barriers along the way. The game has 4,256,192 reviews with 3.9 stars out of 5 on Google Play. It contains in-game ads and purchases. It is applicable on both Android and iOS mobile devices. Parents should be aware of the in-game ads and purchases of the game and remind children of the possible negative outcomes of misusing the game. Next, we will focus on the pros and cons of the game.

Helix Jump is popular among players due to the following reasons. First of all, Helix Jump is an ideal game for players to kill time because it is easy to start with and hard to easily get bored of. Secondly, since it doesn’t involve a lot of thinking in the gameplay, the game is quite relaxing for players as well. All you need to do is to watch the ball falling along the tower labyrinth and move your fingertips to let the ball go through all barriers, which doesn’t require a lot of energy trying to figure out how to pass the game. Finally, it is quite addictive for players due to its simple but innovative mechanics. All players need to do is slide fingers to the left or right to move the circular platform. Though it looks repetitive yet it keeps entertaining people.

But it doesn’t mean that that game is perfect. Based on the total score of the game on Google Play, an average rating score of 3.9 stars is not that satisfying at all. As for the reason why such an interesting game could be rated so low, it is because of its ads and bugs. When it comes to the ads and pop-ups in the game, according to some players, those ads are everywhere during their gameplay process. They could be at the bottom, on the side, or even sometimes block your view of the game itself. It is quite distracting for players since they are supposed to focus on the game instead of the ads. Moreover, the game has some bugs. For instance, the screen of the game might fail to be displayed colors sometimes. Finally, since there are in-game purchases, it poses a threat for those who lack self-control because it might lead to financial loss.

All in all, the game is fun and engaging, requiring players to be wise enough to pass levels. Yet, the mostly scolded feature of the game is its obnoxious ads. Therefore, the support team and developers of the game should think in the shoes of players and reduce the amount and frequency of displaying ads. Anyway, the game is quite innovative in terms of its mechanics and it is a good time killer who is tired from studying or work and those who simply want to relax. Parents should warn their children of the possible outcomes of misusing the game since there are in-game purchases. The game is recommended to those who have a good sense of self-control so as not to addict to the game.