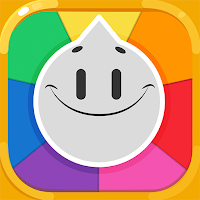 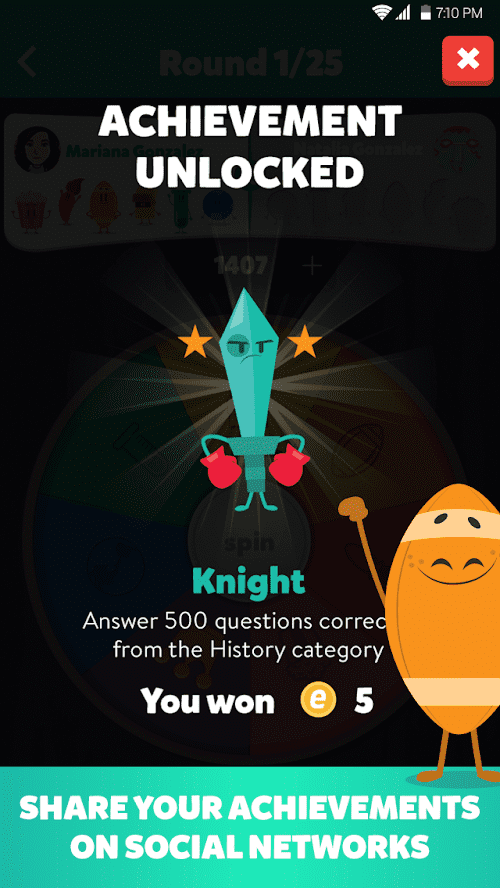 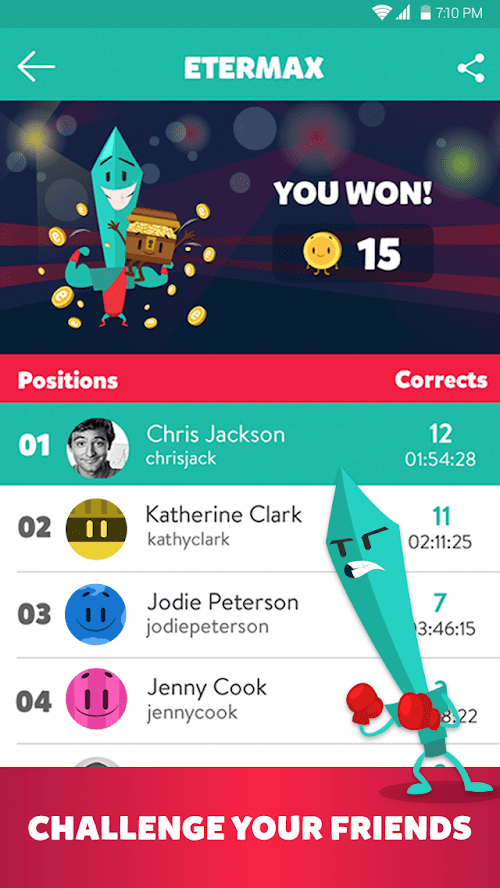 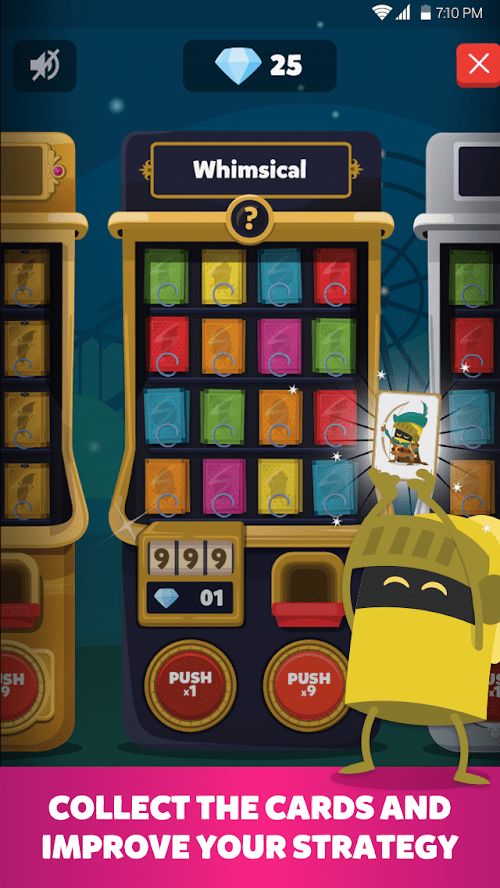 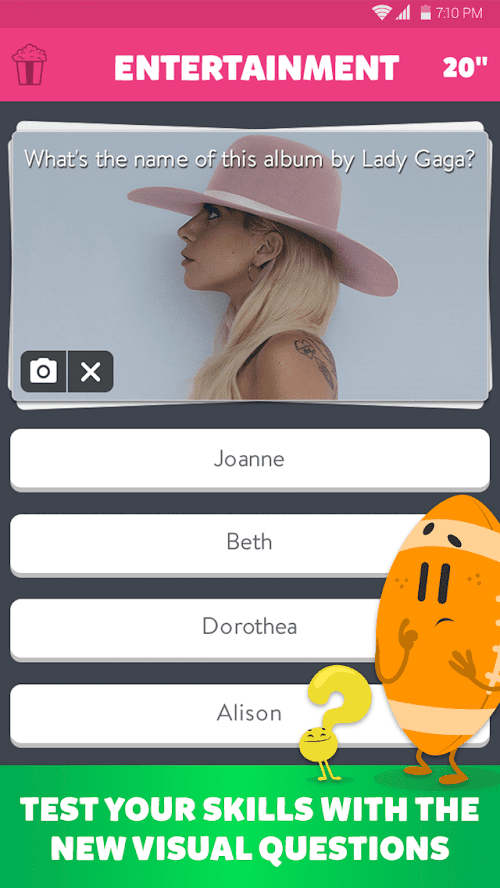 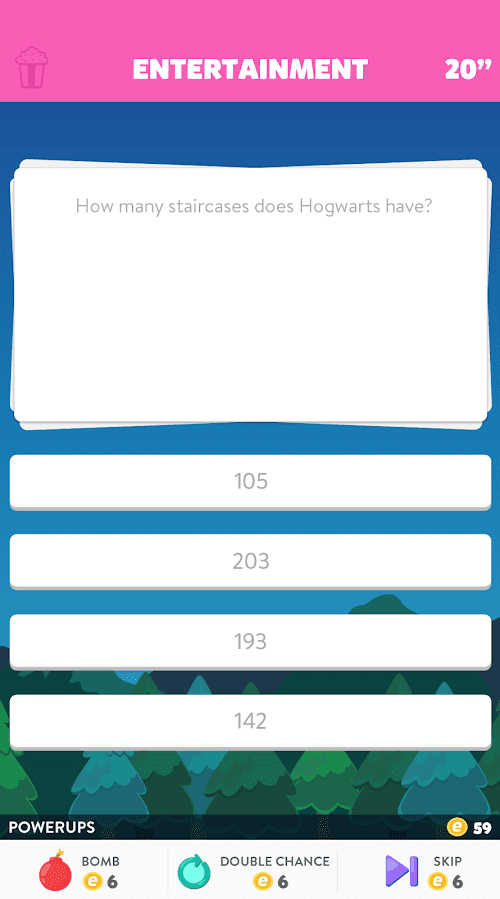 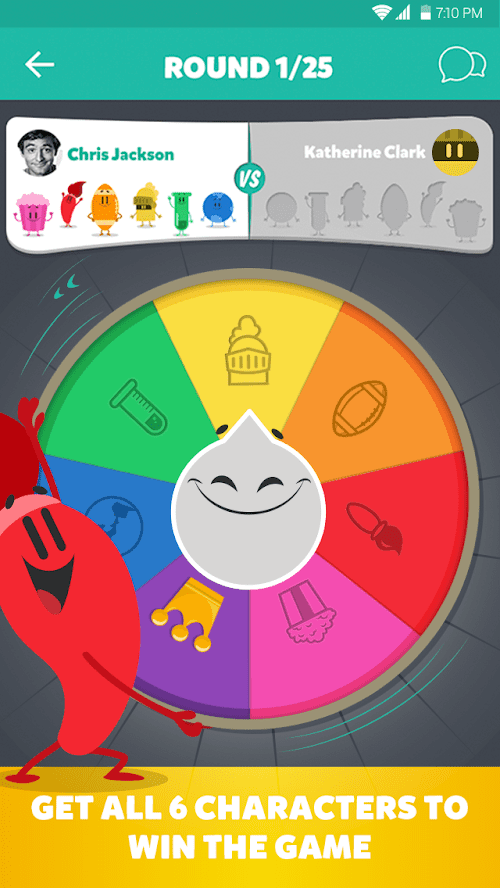 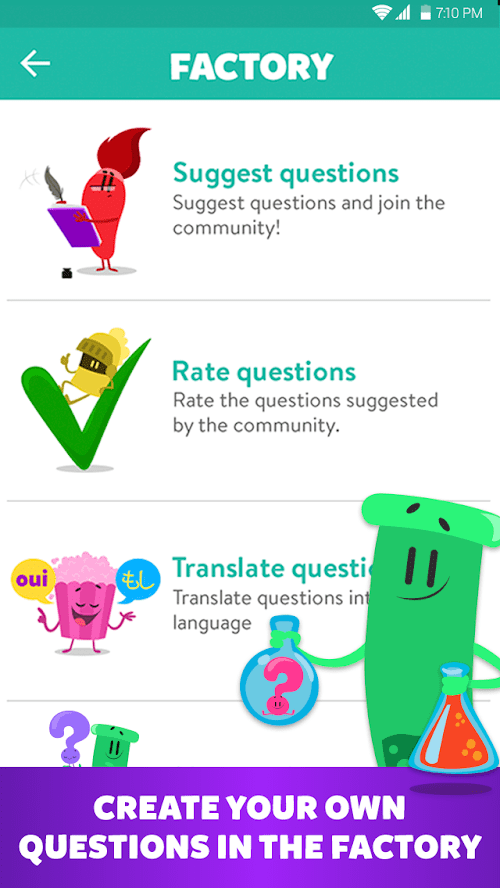 Trivia Crack is a guessing game. Trivia refers to some trivial common sense knowledge, or "bean knowledge" in Japanese, and Crack is the suffix for a series of games from Etermax. Before that, they also produced the gambling game "Bingo Crack" and the crossword game "Word Crack". As the name suggests, "Trivia Crack" is a game that uses small knowledge to test and compete.

First of all, the game has two game modes that give players different options. Players can create a new game after opening the game and simply registering. Players can choose from two modes: Classic Mode and Challenge Mode. Both modes are asynchronous, the former is more similar to OMGPOP's "Draw and Guess", that is, players wait for the other party's response after taking their part, and both sides can continue a game for several days. The challenge mode is one-time gameplay. After completing the 12-question challenge that belongs to him, the player starts to wait until the other party also completes the game, and then decides the winner by comparing the score and completion time of the game.

This game gives players a certain space for self-challenge, making players more obsessed with this game. We know that human curiosity and competitiveness are eternal. So when Trivia Crack brought the two together, there were a lot of appeals. The classic model of the game does not compare the absolute number of questions a player answers correctly, but rather the number of character medals a player has earned. There are 6 topic categories in the game: Sports, Arts, Entertainment, History, Science, and Geography. In the classic mode, the player randomly selects the topic category of each answer in the form of a turntable. When players answer 3 questions correctly in a row, they answer a random classification question. If the player answers all 4 questions correctly, they can get a character medal. Conversely, if the player fails to answer a question correctly, the right to play is handed over to the other party until the other party answers incorrectly and returns the right to play.

The game of "Trivia Crack" continues in this way, providing a good social function. Problems in the game, like many such games before them, are generated by the player. But in Trivia Crack, the concept of community is particularly emphasized. The game includes a module called "Question Factory", through which players can submit questions based on selected topic categories. After the question is submitted, it is not the end. Other players can also evaluate your question, judge whether the answer to the question is wrong, and submit the correct answer to the question "like" or not. By voting in this way, it is both correct and popular. The problem will naturally rise like bubbling. In addition, the game's question community also has a very important function, players can translate questions they are interested in into other languages. This ensures that "Trivia Crack" can individually customize the answer content for users in some regions. In my opinion, this may be an important key to the success of this game.

However, the increase of the problemss also brought an increase in the difficulty of the game. But it doesn't matter if it's just a simple increase in difficulty, language and poor internet speeds are the biggest factors that affect non-native English-speaking players outside the United States. When it comes to Cambodia, you will think of Angkor Wat, but what if players don't know "Cambodia"? We all know that mad cow disease is caused by prions, but what is a "prion"? Not to mention that it takes more than half a minute to load to match a live person, playing a half-broken and abruptly disconnected network. All of this affects the player's experience.

In general, "Trivia Crack" uses problem communities, props, and social platform linkage to better control players' psychology. For players who are not worried about language problems and network problems, I recommend giving this game a try. Maybe there will be surprises.

Trivia Crack Premium is a quiz game in which players need to answer questions correctly. The questions in the quiz are quite interesting and updated in the form of trivial questions as well as multiple-choice questions. Moreover, you can also invite your friends to compete with you in the game. The game features a variety of language choices as well. So if you are capable of several languages, you can challenge both your language ability and common sense by making language choices. What is even more interesting, players can answer questions created by other players or create their own questions for others to challenge. To start the game, you need to spin a wheel first in order to decide where to begin. The game now has 80,251 reviews with 4.6 stars out of 5 on Google Play. There are in-app purchases available, but no ads. Now let’s talk about the positive and negative aspects of the game.

As for the positive aspects of the game, first of all, by challenging the game, players have a chance to know their real ability of knowledge. There are 6 types of questions for players to take tests featuring different cartoon characters. Therefore, players will learn knowledge in a variety of fields throughout the gameplay, varying from geography, science, history, sports, art, and entertainment. Also, players can keep themselves entertained by collecting different characters during the game. Once you have a complete collection of all characters, you will have a great sense of achievement. Moreover, you can compete with your friends in a multiplay fashion in order to win the game in a real-time survival mode. When it comes to the single-play mode, you will challenge yourself by keeping breaking your own records. Furthermore, players can gain bigger rewards by conducting additional missions assigned by the system. What’s more, the socializing feature of the game offers the player a chance to interact with others and present themselves in the public. For example, players can chat with each other during the gameplay, check the ranking list of players, and post their achievements on social media platforms. Last but not the least, since some players might worry about the limited chance to answer each question, the game also provides players with power-ups for them to take a second try.

Despite the before-mentioned positive aspects of the game, the game also has some negative aspects complained about by some players. For instance, some players report that the number of questions is not enough, not that updated and even misleading. Therefore, the support team should listen to the suggestions of players and keep the content of the questions up to date in an accurate way. Also, there are some bugs in the game. For example, sometimes players might come across repeated questions and fail to gain credits. Last but not the least, though there are no in-game purchases, saving a lot of financial trouble for players, the game still keeps displaying ads at a rather obnoxious frequency, forcing players to either choose to watch those ads or keep clicking the quit button at the corner of the ads.

After simply reviewing both positive and negative aspects of the game, we can conclude that Trivia Crack Premium is a fun and challenging quiz game with good intentions and educational meaning. By playing this game, players can learn a lot of knowledge that might be pretty useful in their daily life. However, the support team and developers should pay attention to players' complaints about problems of the outdated and incorrect quiz content, bugs, and ads.