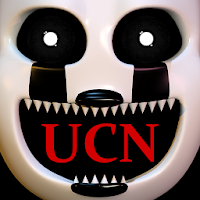 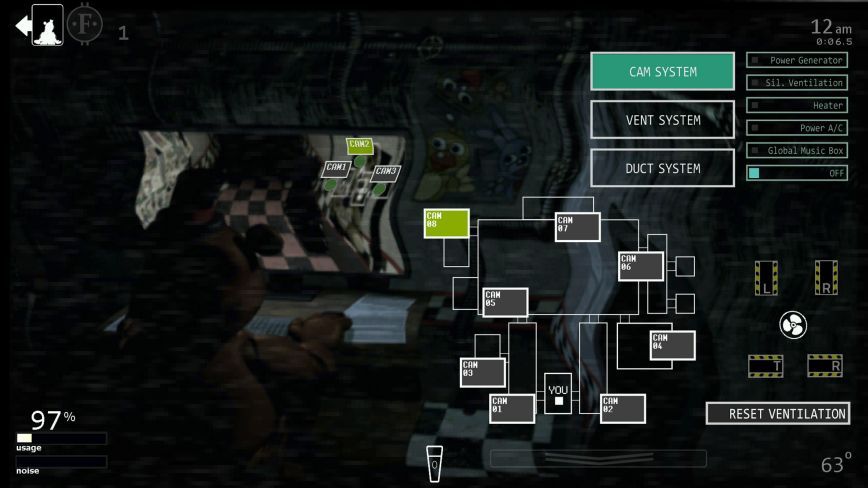 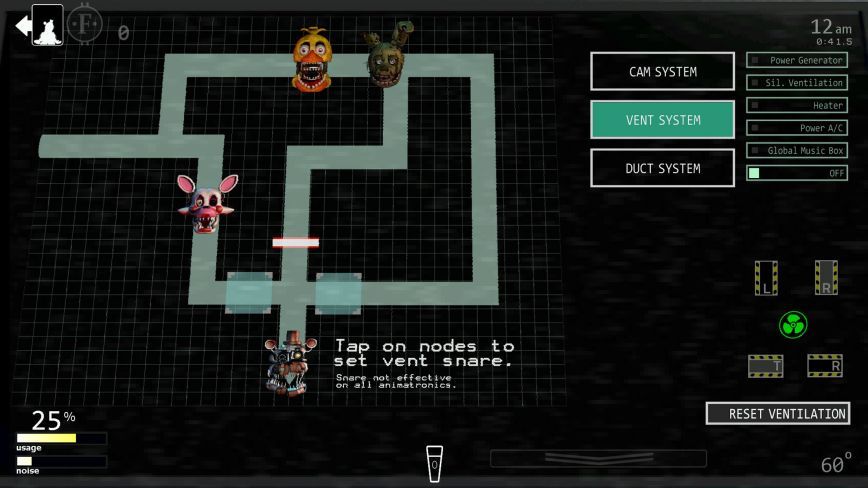 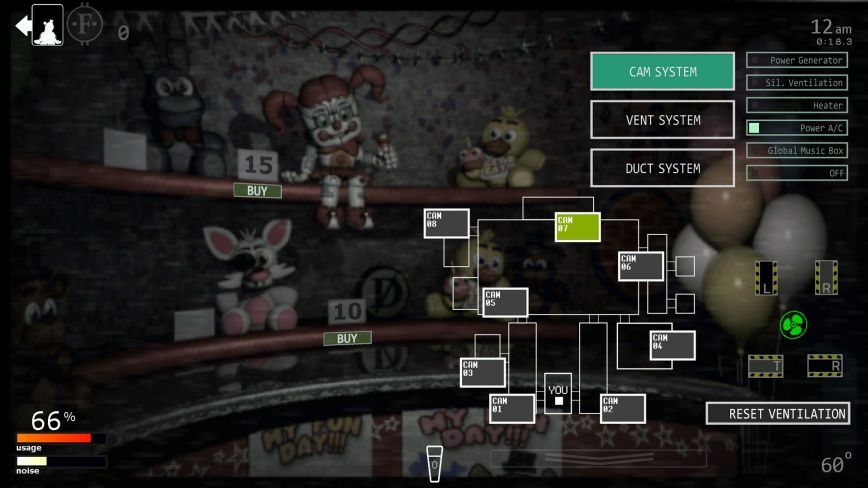 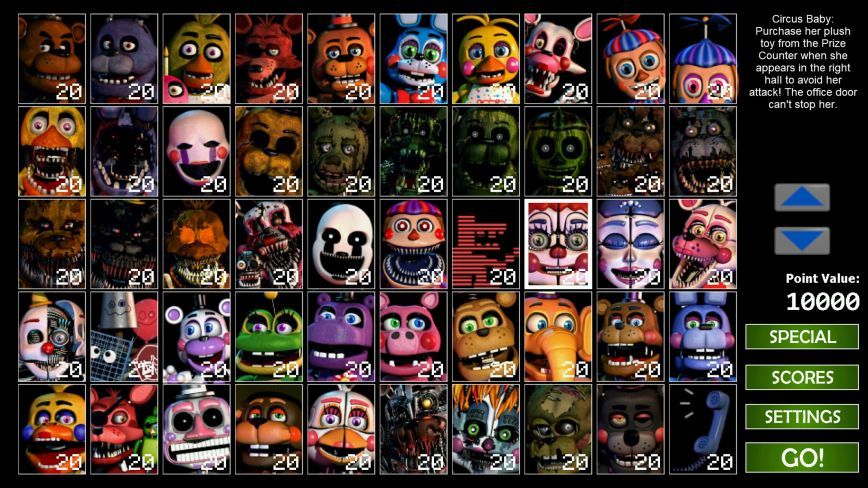 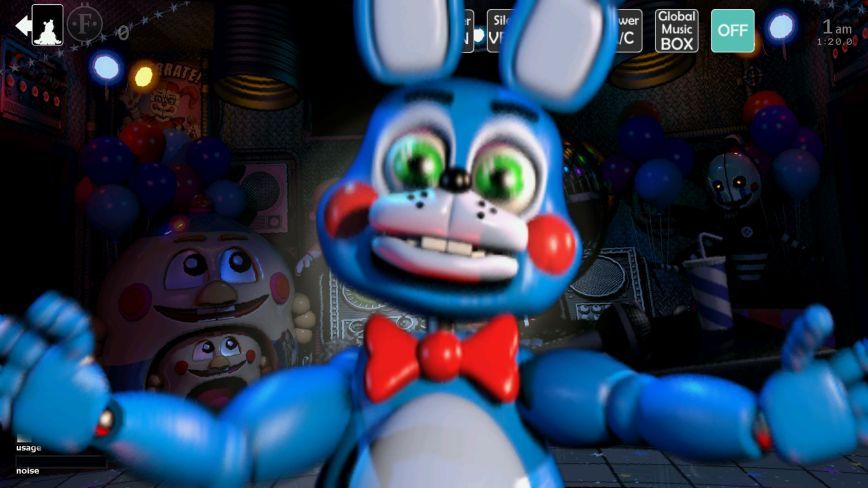 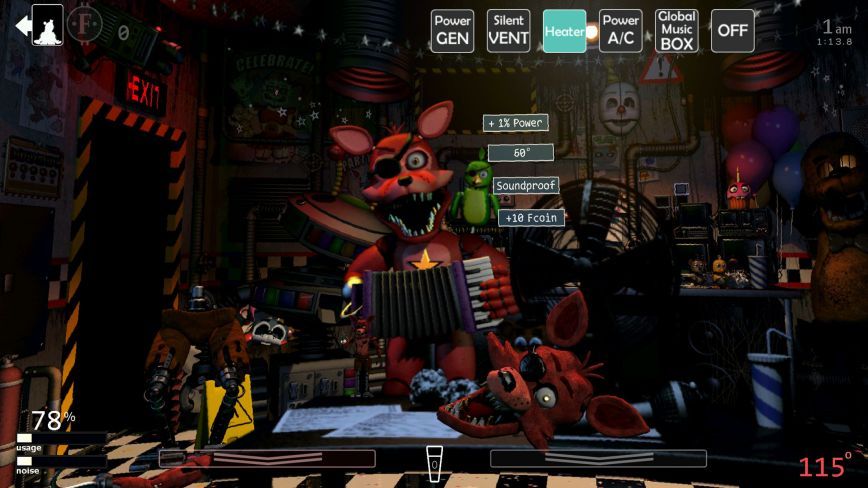 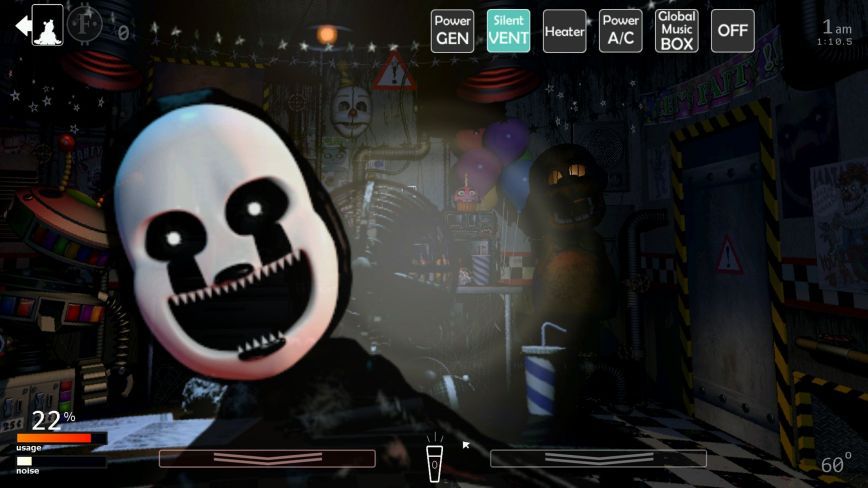 Ultimate Custom Night (UCN) is a mixed version of Five Nights at Freddy’s (FNaF) with alternative 50 characters. It is a survival game that requires players to rack their brains in order to pass all levels. In the game, you will play as a night safety guard to safeguard an office where a hidden murderer might sneak in from nowhere. You can customize the character of a murderer with various elements. Meanwhile, the levels of the game range from 0 to 20, so you can decide which level you want to challenge. In the game, you are supposed to figure out how to deal with every corner of the office to prevent the murderer’s attack. Also, you need to learn how to use tools like a music box, a heater, and others. The game features a challenging list of 16 themed levels, background skins, and exclusive cutscenes. It usually takes players 25 to 30 hours to pass all challenges. To survive in the game, players not only need to master all kinds of tools, but also stay alert to the murderer who will always chase after them. What’s more, you can earn coins every time you realize your goal. With the assistance of those coins, you can kill certain characters. Finally, you can enjoy unlocked videos showing new plots every time you attain enough points.

Ultimate Custom Night allows the largest extent of freedom for players in the game. Players can customize their stories by choosing different office settings, murderer characters, and the difficulty they want to challenge. Players can even add new mods to the game now and then. Therefore, players have many choices when playing the game. Furthermore, it is extremely interesting for users to play because they can unlock new scenarios, pushing forward the story to progress. Its faithful insistence on the offering of authentic visual and audio designs to players is also worthy of praise. The game involves players’ wisdom and bravery, which has a certain sense of educational meaning.

However, it is not the whole story. We need to admit that for now, UCN has no online mod, which might discourage some of the players. Also, it is a difficult and time-consuming game for beginners. The level of difficulty is pretty high, and it is not easy for new players to master it at their initial stage due to the sophisticated plot and interface settings. So, while it might be a great game for those who like to seek challenges, it would be discouraging for those who don’t. It turns out that only a few people could pass all levels. Moreover, the scary story setting of the game might not be child-friendly.

Anyway, as the final edition of the FNaF series, UCN is interesting and exciting to play. It has a player-friendly entry that will guide you through in detail. It meets with great popularity on YouTube and it is a trending game currently. Playing as a recurring character of a night safety guard called William Afton, you need to take control of the security systems so as to prevent the murderer from approaching you. The gameplay loop is quite fascinating. The game is well-balanced and the characters all act in a reasonable way. The most creative and attractive feature would be lore. The development of the lore is logical and surprising at the same time, which triggers heated debates among players. To conclude, UCN is amazing and has a strong fan base. Since it is free, beginners could also access it on different platforms. So please don’t hesitate. Download it from app stores and try to play it now!

First of all, although this game is a horror game, it is very interesting, especially when watching the live broadcast of foreign anchors, all kinds of shouting are very funny. However, the game does not support Chinese, and there will be some requirements for players' English listening and reading. Overall, it's a game worth playing on a hot summer day. A horror adventure game produced and published by Scott Cawthon. The game is the last work of the Five Nights at Freddy's series. The story of the game is very simple. It is trapped in an office and needs to manipulate different characters to prevent the killer from killing people. In this game, we have 50 characters to choose from, and there are 20 different levels of difficulty from easy to hard. It is very exciting to play. Although the style of the game is cartoon style, if you don't pay attention, you will still be shocked by this game. Players with a bad heart must think twice. Overall, the content of the game is not long, but the playability is very high and exciting. There is no Chinese, but it has little impact. Don't be deceived by the cartoon faces when playing. There are currently 15,683 reviews on Steam, of which 14,991 are positive.

In addition, this game has a lot of respect for players. Why do you say that? Because in Ultimate Custom Night, players can set the number of scenes and toys according to their abilities and preferences, and they can also choose to challenge levels. In the game, players have the initiative to choose and design according to their preferences. All the toys, scenes, and gameplay in the game are from several five nights at teddy bear games that have been released before. If you are an old teddy bear player, you must not be unfamiliar. However, there are occasional bugs in the game, such as Chica changing the song, which will attack the player. Rockstar Foxy will also appear after the setting is set, which will have a certain impact on the gameplay. In this game, players can experience a different life. The setting of the game is that the player is trapped in the office, feeling very lonely, pitiful, and helpless. So you need to look up from your office to deal with the two doors, two air vents, and two air hoses, so the task is very simple but difficult. The game offers more than 50 characters to choose from and definable difficulty levels ranging from zero to 20. Players can mix and match by themselves, match any character they like, and then start the game.

But this game is a single-player game, and as a strategy and simulation game, its players cannot interact with other players, which I think is a particularly regrettable point in this game. And the music in this game is very ordinary, with the dim environment. So this game is very similar to other horror games, lacking originality and innovation.

Overall, the design of this game is very user-friendly and suitable for gamers of different levels. I think if you are interested in games of this type, you must give it a try.

I love the game i just wish it was free .my dad dous not like to buy games and nether dous my mom