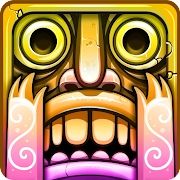 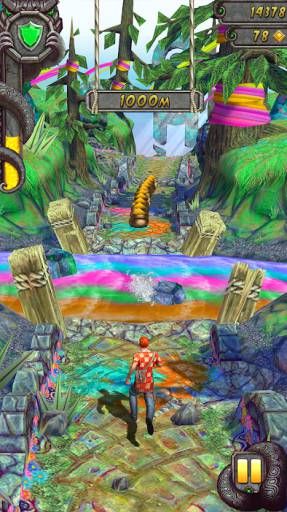 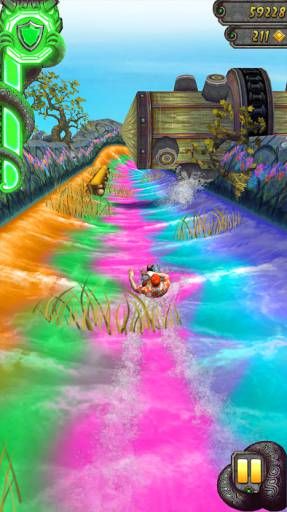 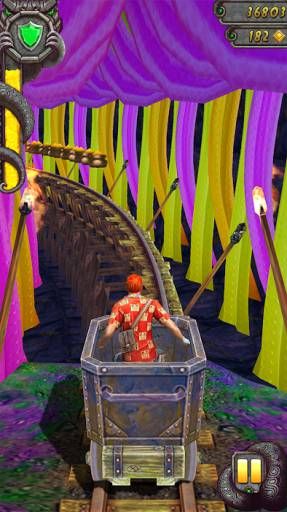 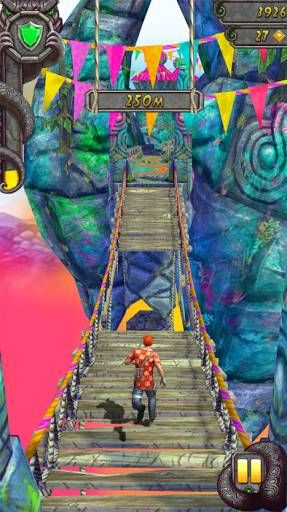 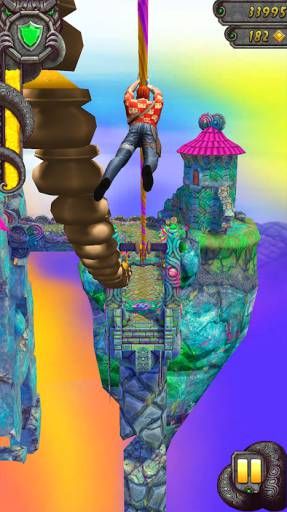 Temple Run is a well-known action video game. The background of the game is that the player is an adventurer whose task is to steal an idol from an ancient temple and escape from monkeys. This game is developed by Imangi Studios. Temple Run 2 is the second version following Temple Run.

First of all, compared to Temple Run 1, the powerup mechanism of Temple Run 2 has been well improved. The biggest improvement of Temple Run2 is the resurrection system. Because of the endless parkour method used in both the first and second series, as long as you can't get over the obstacles or fall into the pit, the score of the run will be interrupted. Now it's different. If you die in the middle, as long as you consume a certain amount of emeralds, the game will continue from where you left off, and you won't lose points. At this time, the value of emeralds will naturally be high. And there are two ways to obtain gems. One is that there will be a small number of emeralds in the game, you must get them when you seize the opportunity, and the other is to buy them with money. This is also what I admire about TempleRun2. Everyone is very concerned about the high score of this game, and if you spend a small amount of cash, you can get a chance to continue your life, so the chance of a high score will also increase. Who doesn't want to come to a global leaderboard NO .1 yet?  According to the settings, a full-level magnet can triple the gold coins, and with the upgrade of the gold coins, a set of gold coins can be converted into more than one hundred actual gold coins. The game's setting uses Distance Multipliers as the base score, and extra points are awarded when the gold coin slot is filled. The proportion of bonus points is much larger than the basic points, so players have chosen to close other powerups and leave only gold coin magnets. However, in Temple Run 2, although the gold coin magnet no longer has a doubling effect, the gold coins given on the road are significantly more, and the total Multipliers is about 60+ as in the first generation. Based on this, it is estimated that under the same game time and distance, the scores obtained after normal play should be similar. The separation of Powerup and Ability is a good idea. I have only played for more than a day and I am only tens of thousands away from fully upgraded.

The second breakthrough of TempleRun2 is that it did increase the game scene. Do you still remember the scene where you were always facing this corrupt swamp before, no matter how much you ran, you couldn't escape that place? For parkour games in endless mode, being in a scene for a long time will inevitably cause visual fatigue to the user, and the advantage of split-card parkour is here. For a game of a certain length, the constant changing of the scene will make people keep it with high interest. Therefore, the improvement of Temple Run2 is still very commendable. After running for a certain period, it will enter the dark and mysterious mine scene from the majestic cliff scene, which makes me feel addicted.

In addition, compared to the first generation, Temple Run2 has done better in many small details. For example, the game has added new dangerous scenes such as cliffs, ropeways, mines, and forests, making the parkour adventure more exciting and fulfilling. There are also many new faces in the game, including a female character. Each character in the sequel has special abilities that will help players overcome difficulties in endless parkour. In addition, the sequel has enhanced the quality of the picture and added many gorgeous dynamic effects, which makes Temple Run 2 an earth-shaking change from the previous game that looked a little rough.

However, from the perspective of innovation, although Temple Run 2 has progressed compared with Temple Run 1, compared with the entire parkour game category, it feels that the innovation is limited. The main reason is that the game Pitfall came out earlier. I feel that Temple Run 2 failed to surpass Pitfall. It just borrowed a few of Pitfall's many highlights, but it has not done well. So I am a little disappointed.

Released by Imangi Studio, Temple Run 2 is the much expected sequel of the hit mobile running game of the same title. As its popular preview, this new release receives massive amount of downloads on iOS and Android platforms. The game mechanism and general themes remain consistent to its previous release, but the new game incorporates even more attractive features and enjoyments. As a running game, the goal of the game is not necessarily to win, but rather to keep improving and making it as far as you possibly can. The fundamental meta drive of the game is the delayed satisfaction of making progress and improvements. The game involves a diverse range of motion controls and players who have always played its preview should already be familiar with the mechanism and controls. Otherwise, it takes some practice to get used to the right motions and moves while on a breathtakingly exciting run.

Although the game is not necessarily aimed to win a specific ultimate goal, it does set accomplishable objectives to keep players stay on track and motivated. Successful achievement of those goals brings players bonus rewards, normally coins and levels up their game progress. The game controls are more complicated than regular casual running games, but once you get a few rounds of experience, those motion controls are actually quite simple to get familiar with because the moves are intuitively designed. The most commonly adopted motion controls include swiping to run and jump; moving left and right to take turns ; tilting slide to get around obstacles or collect items. Besides, this new version also integrates more types of landscapes and surrounding designs, such as forests, cliffs and mines, just to name a few. Those diverse terrains add more twists and turns to the run and some of them require different motion techniques than the other. As players run through the passes and routes, they usually need to multitask. As in, players need to doge detrimental obstacles and at the same time collect coins, items and bonuses along the way. Although, it is not mandatory to collect things while running, and indeed some players may only focus on the run when they anticipate that their records would be high. Nonetheless, collecting coins and useful items is still very important for most players as their running performance later in the game is greatly dependent on the upgrades and boosters, which are obtained mainly through coin spendings and random pick-ups. Most players would collect and win as many coins as they can for later purchase. At the same time, they would tend to prioritize certain boosters than others. For example, commonly players would upgrade their coin magnet and shield duration early in the game. They also usually get short-term speed boosters to build up a starting edge. As players continue to proceed and level up, they will unlock more extra character and gather up more rare and useful items such as gems.

This game is well-received and popular for a reason. Temple Run 2 is as addictive and exciting to play as its prequel, while it also incorporates even more beautifully designed surroundings and better graphics quality. It is truly very enjoyable to play such an intensive game in serene and gorgeous settings. Although, there are some occasional technical hiccups such as sync problems with achievements display, yet it is still considered to be a fun and worth trying game.

The game is a well-made mobile running game as it is visually appealing and more importantly, it involves diverse enough game controls  and power-up mechanism. Players can always get a sense of progress as they make constant temps to get better at the game. Plus, the upgrading options are also abundant enough to keep players interested and motivated.