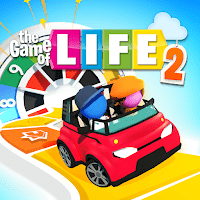 The Game of Life 2 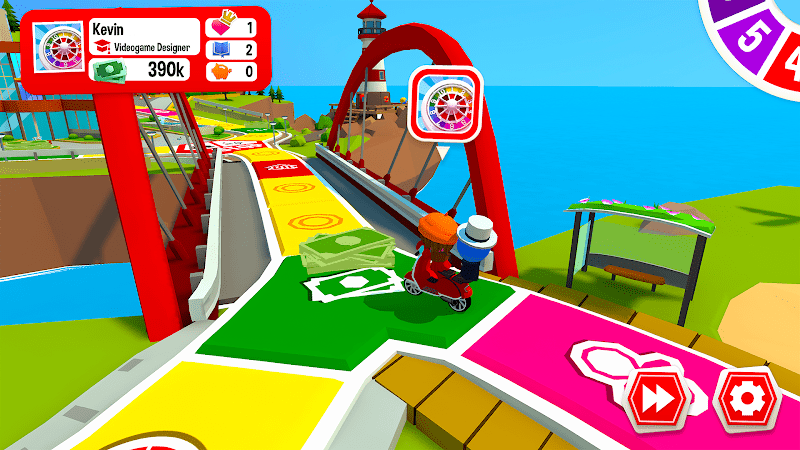 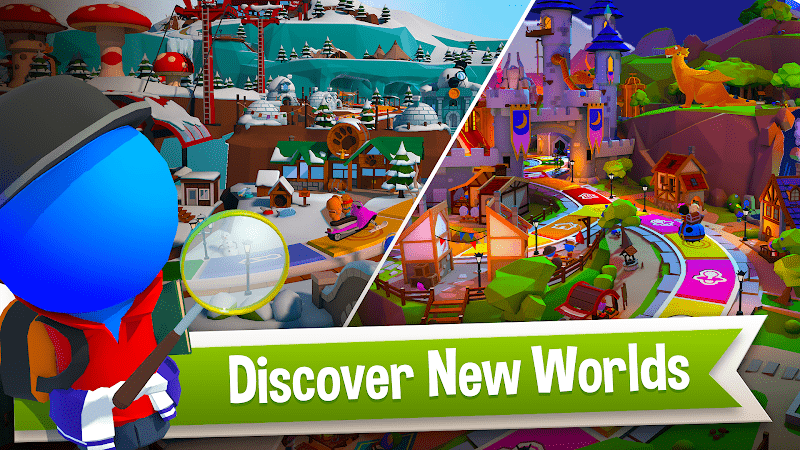 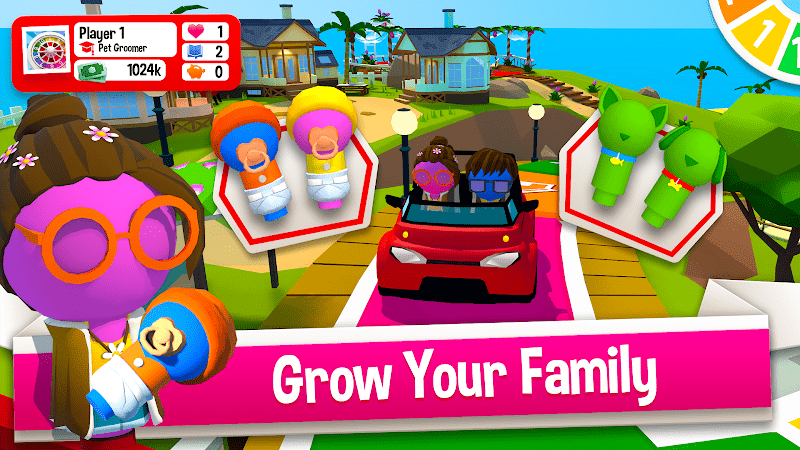 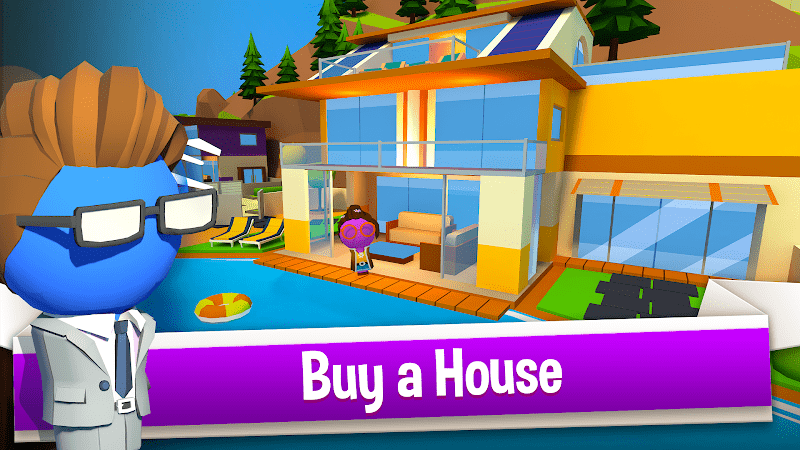 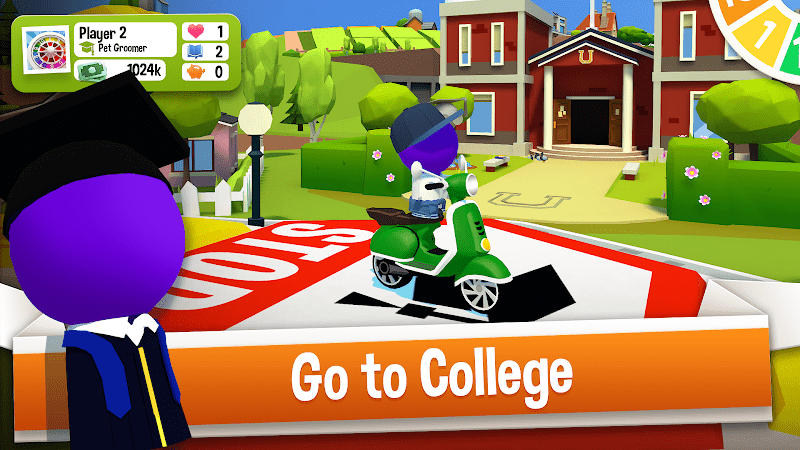 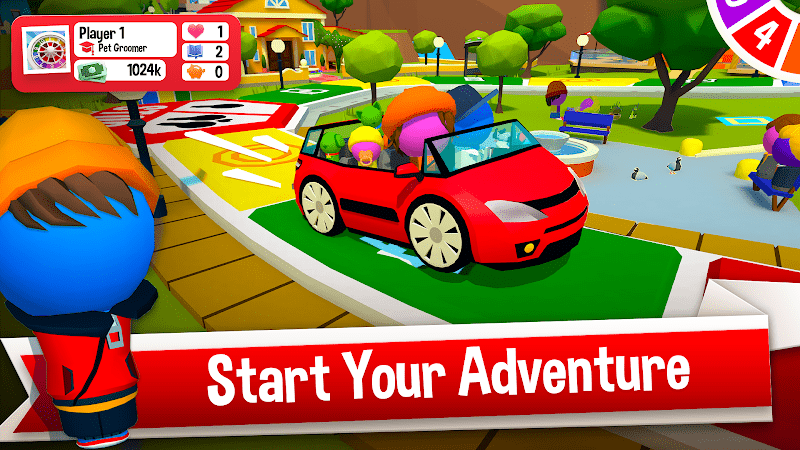 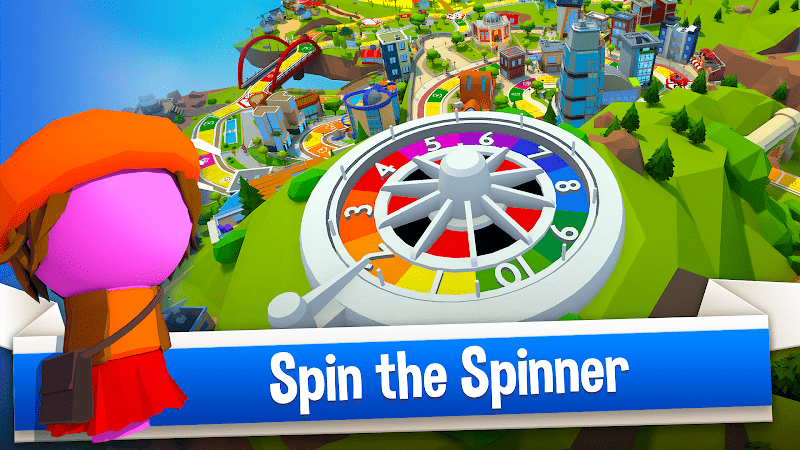 Game of Life 2 is a digital board game published by Marmalade Game Studio. This is a great opportunity for players to relive the classics. However, in the first version of Game of Life, players win or lose largely by who has the most money, but in this version of the game, players need to focus on their own happiness, wealth, and knowledge. Money isn't the only thing, and it's not everything. The new content does make player choices more strategic, allowing players to pursue goals that go beyond financial gain. Therefore, Game of Life 2's game goals are more focused on trying to live your best life. The game's journey takes players through education, careers, starting a family, and other important choices. I highly recommend this game, which allows players to start a game where they can control their own destiny and become various characters.

Game of Life 2 is a life board game that shows players how to grow and win. Players can choose and customize their characters, tailoring their style to their liking. Players need to compete with three other players, and the one with the most points at the end wins. As I said just now, working to earn money is the best choice for players, but players can also get three types of rewards: knowledge, happiness, and wealth. The different squares on the board give players the opportunity to score in these categories, while also helping players make more money through their careers. In certain neighborhoods, every player can stop, and the player can re-choose your life. For example, whether the player chooses to be single, have a child, or adopt a pet. It's interesting. Additionally, on other squares, players can pay other players to choose whether to pursue a hobby or turn the wheel. Each participant is assigned a number, and when a certain player rolls the dice, if the rolled number lands on the player holding that number, he gets more cash.

The Game of Life 2 game is simple, spin a disc to determine how much the player will move on the board, while deciding to reward or punish the player. The game starts with creating a character, picking a car, and determining the gender. The player's character choices are pink and blue and purple characters, and purple characters have both pink and blue properties. The options for getting married in the game are the same, there are many different cars and skins for the player character, and players can unlock more by purchasing a season pass or completing in-game achievements. Regarding the new content to unlock, players can unlock new characters, clothing and vehicles by playing the game and earning rewards. Additionally, puzzles can be unlocked through achievements. When the player collects 6 puzzle pieces, the player can unlock a bonus item. Players can unlock new worlds when they collect enough reward items.

Overall, Game of Life 2 works well. It has a blocky, colorful art style. It also has a nice touch. It has all the options players expect, including single player against AI opponents, online matchmaking, and online play with friends. Even without internet, simply pass a device between up to 4 players for a wifi-free offline experience. Besides the default classic world, there are other boards to play. Players will be happy to see more ideas here. Game of Life 2 is a fun and worth downloading game. Players can define their own life and experience being the master of their own life, which is very interesting. Players can choose when facing different lives, players do not need to be afraid of failure, and the life in the game can start anew. So, play it boldly. It will enrich your leisure time and make you think about life in joy.

This game is a very classic board game. As a casual game of life simulation, the life of the characters in this game is very colorful, and the stages of the characters are different. Players need to create their characters, choose their life path, and then reach the end of life. You will find a variety of meaningful ways of living. In 1970, John Conway of the University of Cambridge is said to have devised this game program, which is governed by a few simple rules, however, combining these rules can give the program unpredictable structure and dynamics.

First of all, I think this game is a game that simulates the free development of life. In this game, life can develop, compete, survive, and destroy freedom. In some cases, life has to face different choices. , to players, we can't help but be very interested when we think about its meaning. The game operates on a two-dimensional world of squares, where each square can be seen as a small living entity, which has two states: alive (painted black) or dead (white). In the game, the 8 squares around any square are called its neighbors. Each square changes color, and it changes from one generation to the next depending on its state and the state of its 8 nearest neighbors. These changes follow the three simple rules below. First, about survival: a living square of life (black) needs at least 2 or 3 living neighbors to survive (keep black) because life needs the support of other beings; second, about death, if a living square (black) has more than 3 living neighbors, it dies (black becomes white), because the resources of life are limited, and the overcrowding causes the cell to not have enough resources to survive; in addition, regarding birth, if a The occupied square (white) has exactly 3 live neighbors, where life will appear (white becomes black).

The rules of this game are simple and varied. For each life, we apply the above rules to determine the color of its next-generation based on its current color, and the colors of its neighbors. All squares change from one generation to the next according to these rules at the same time. It soon became apparent that depending on the initial conditions, the results were very different. Sometimes, the game changes so quickly that all lives die. Sometimes, some cell populations are fixed like crystals, staying in a fixed pattern and never changing. But most of the time, on a computer screen, you'll see all sorts of boiling structures. For example, the structure of a certain moment in a game is very varied. These structures seem random but have a high degree of symmetry and order. Moreover, although the underlying rules that determine these changing patterns are certain, it is difficult to predict how the image will change at the next moment. These changing structures seem to be expressed in their language the profound laws that take place in this "checkered universe". An interesting structure in Game of Life is called a "glider," and in one cycle of 4 cycles, the little guy crawls diagonally across the squares, shifting his position.

What's more, while many game graphics are light in structure, they are big. The reason is that it can be transmitted as a kind of signal in this virtual grid universe. Conway pointed out that this signaling mechanism can be used to combine very complex structures, and even build a virtual computer embedded in the "life" game world! Therefore, Conway boldly predicted that as long as you give me a large enough square space and wait long enough, in principle, anything you want can be created in the "life" game, including cosmic celestial bodies, evolved creatures, intelligent life that can even write a Ph.D. dissertation. It's been nearly 40 years since the invention of the "life" game, yet scientists still haven't figured out all the mysteries.

Although this game is very interesting and meaningful, it is too complicated for many players who have no experience with mathematics and game theory, and computers. Therefore, it is a relatively small game. For those who do not have good mathematical knowledge, it may be very difficult to play this game, so I think its audience is not very broad.

In general, this game is still very exercise for people's IQ and gives us some inspiration in life. I think if you like this kind of game or board game, it's for you. You can experience a variety of choices in life in the game, and realize different truths from it.