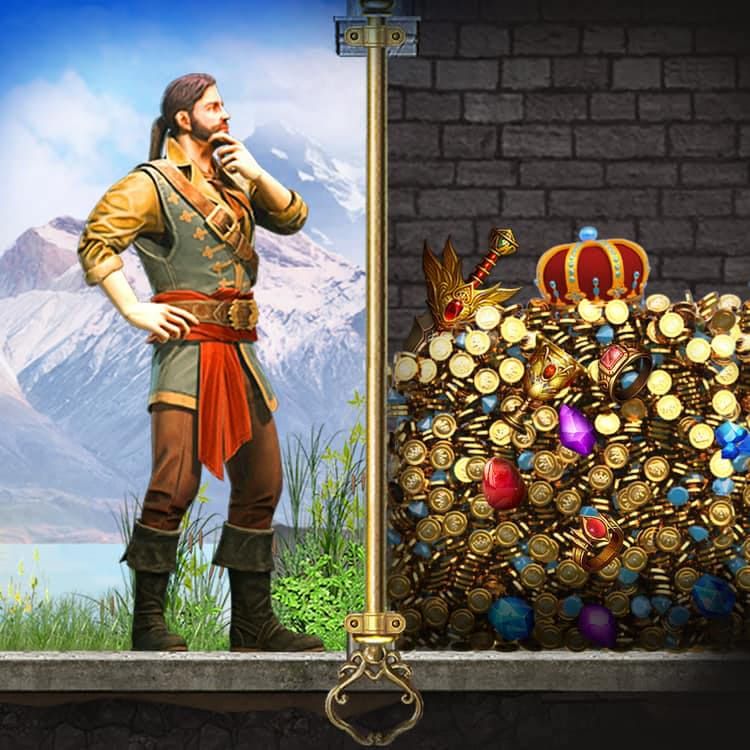 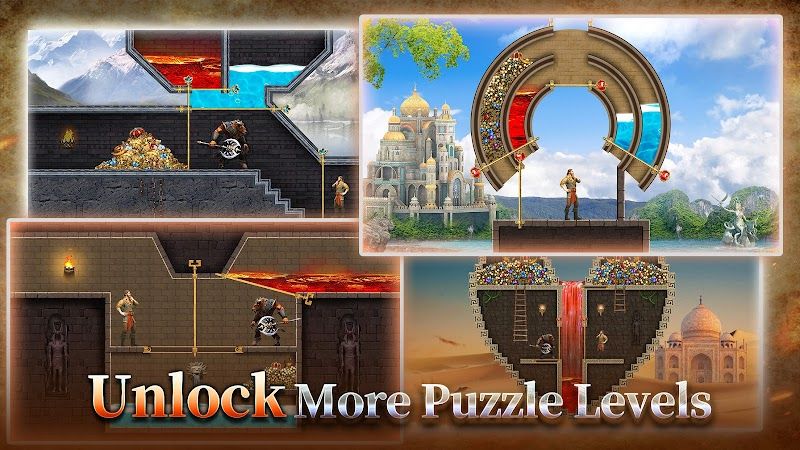 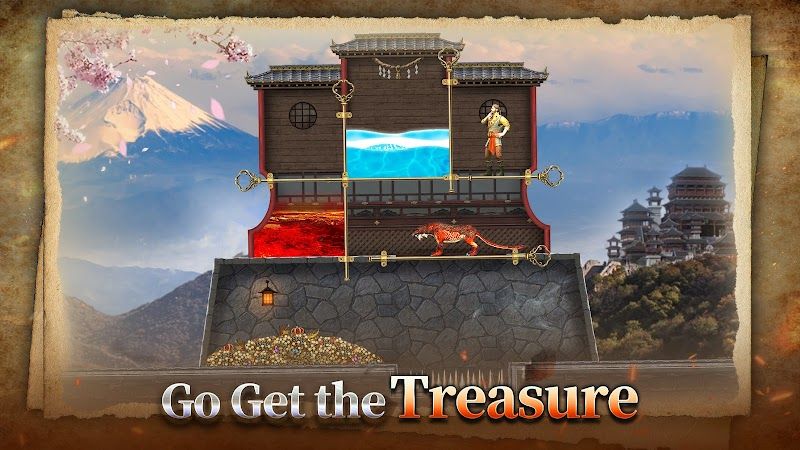 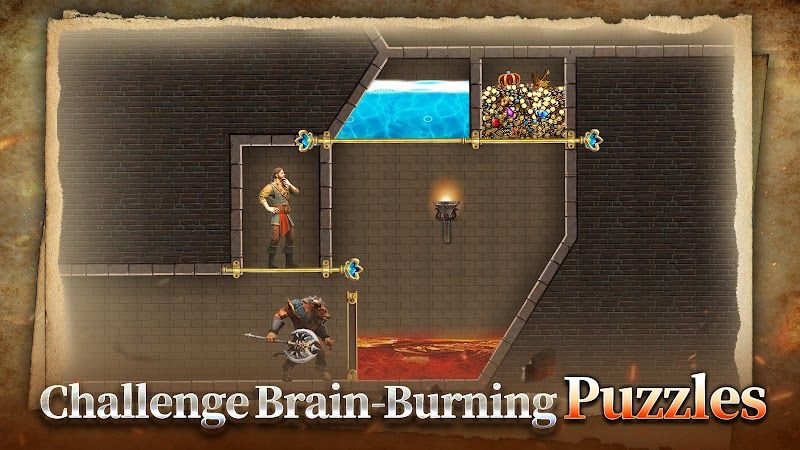 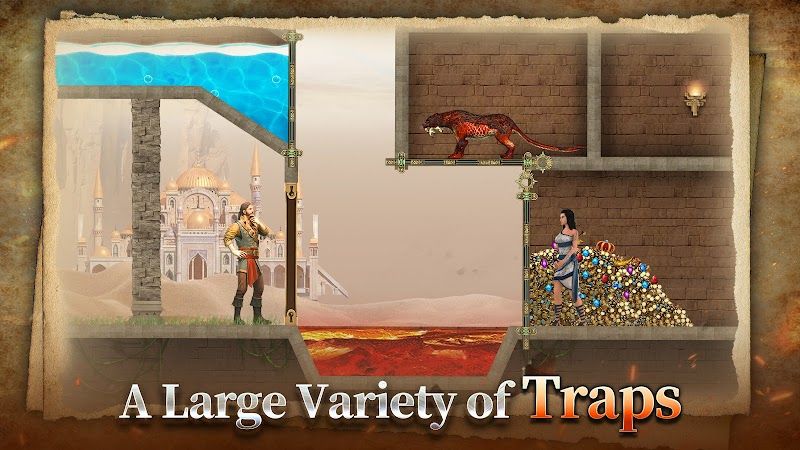 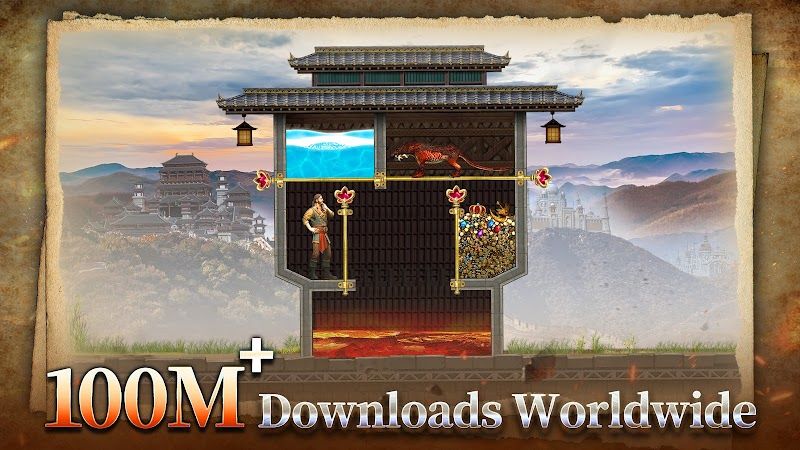 Evony: The King's Return is a medieval SLG game that spans multiple civilizations. The gameplay of the game is still the same set as the content of traditional SLG games. But about the theme, in addition to the theme of the Middle Ages itself, there are 7 civilizations from different countries in the game, which also allows players from different countries to find their own sense of belonging. It can be said that it is an instant online military strategy game. The player's task in the game is to manage resources and troops and fight with other players. The main gameplay of the game is that players need to build and upgrade buildings, develop technology, train arms and participate in battles, improve the strength of the territory, and constantly expand themselves in the game territory.  And the player's ultimate goal in the game is to build the most powerful empire on the map. The publisher of Evony The King's Return is Top Games, which is an established domestic game overseas company that released Evony web games as early as 2009.

The King's Return has won first place in the best-selling list in 31 countries, and 4 countries have also won first place in the overall game list, but it is only a few small countries that have little impact on the overall revenue. More than 85 countries have won the top five best sellers. According to incomplete statistics, the cumulative download volume of the game has exceeded 47 million, and the total download volume from the launch to the present is nearly 80 million. It has to be said that this game is a success for its reasons.

First of all, one of the important reasons why this game has achieved such great success is that The King's Return has a relatively long feedback cycle. Unlike RPG games, its short-term goal is simply to defeat the few enemies that appear on the screen. In The King's Return, it is absolutely impossible to take one or two heads of the opponent as a staged victory. There may be reinforcements ready to be sent off the screen. After eliminating one or two units, the overall situation of the enemy’s strong and our weak is completely affected. Influence, only after a long lineup can the player's tactical intention be finally realized and the overall victory is achieved. Of course, this may have to endure for quite a while without any results and only battle losses. Therefore, when the final success, players can feel the joy of feedback more. This joy is unbelievably strong. People who accept incompetence often can't stand the long wait ahead, but fans of this game are willing to endure the previous depression and boredom for the final joy.

In addition, in the game of The King's Return, there are many possibilities for players to finally achieve. Obviously, this game does not have a fixed tactical routine. On the map, different kinds of units need to undertake different kinds of tasks, and how to achieve the final success, all depends on the player's exploration ways. And many times, for the sake of the overall battle situation, the advantages of local battlefields must be given up or even sacrificed. The battle at this time is more like a battle of wits between players and producers.

However, speaking of shortcomings, The King's Return is also a kryptonite game, like other SLG games. The approach to game monetization is also relatively traditional, mainly relying on big players to drive, and stimulating player consumption through time-limited promotions. We know that the SLG game itself has little space for hype, and it has to rely on players to drive consumption to maintain the operation of the game. On the whole, the game is a quite satisfactory vertical version of SLG gameplay.

In a word, the life cycle of this game product has just reached its prime: it is not a mixed bag of fish and dragons when the server is just launched, and various advertisements and plug-ins come to make trouble, nor is it a long-term server, that kind of completely lifeless ghost server is relatively worth trying. Of course, unless you are the kind persons who must play new games for the first time, you can give up. Although this game has some krypton gold activities and gameplay, it takes care of different types of players in a balanced manner. In addition, the game operates smoothly, which ensures the customer's experience. I think it is worth exploring this game.

Evony: The King's Return is a strategy and puzzle game set against the background of ancient times. Players can challenge a multitude of levels to solve a variety of puzzles, experiencing the great joy of success. Moreover, it offers players opportunities to strengthen their armies and enlarge their empires. The ultimate goal for players is to be the Master of seven nations. In the game, there are more than one thousand levels and many puzzles waiting for players to challenge and to solve, making players rack their brains to achieve victory. Apart from the challenging content, the graphics of the game is also amazing. What’s more, players can choose from seven nations’ architectural styles to customize their own game, including American, Russian, Chinese, Japanese, Korean, and European. During the gameplay, players can have visual enjoyment due to the delighting puzzle scenes. The game has 777,326 reviews of 4.5 stars out of 5 on Google play. There are in-game purchases. The following sections will mainly focus on the strengths and weaknesses of the game.

To begin with, Evony: The King's Return is an excellent strategy game featured with multiple advantages. For example, players are allowed to build their empire in detailed national features of seven countries mentioned before. Moreover, players will play the role of a diplomat and become a member of an alliance team in which you can communicate with other players worldwide, making friends with them, talking with them in voices or texts. There are also auto-translators available in the game. To do so, you can compose and improve tactics with others to win in the battle. Furthermore, there are more than four kinds of armies at your disposal. You can train the troops and demand them to battle with the rivals. In addition, the real-time progress of all battles could be checked via the World Map featured in the game. Besides being a diplomat and a warlord, you can also be a governor for the region where you have already conquered. You have the power to administrate all cities in your control. Leadership skill is required in these circumstances in order to successfully make strategies to manage various resources and achieve local improvements. Finally, you will also play the role of a monarch by recruiting renowned generals to lead your troops. Characters like Geroge Washington, Yi Sun-sin, Julius Caesar are available for you to choose from. What is more interesting is that you can even capture the rival’s general and take advantage of them to fight against their leaders.

Yet, despite its amazing advantages, we can’t deny that the game still has some disappointing features. Firstly, you can hardly depend on the support team for help because their feedback is super slow without any substantial resolution. Secondly, the game has too many bugs and crashes, adding to the ill-functional chat system. Thirdly, some players point out that the puzzles are quite short and repetitive, unlike what they promote in their advertisement.

On the whole, Evony: The King's Return is a fun and challenging strategy game for players. Its interesting concept of seven kingdoms and its great extent of customization in terms of the styles are really amazing and innovative. Yet, the support team needs to respond to customers in a more responsible way and developers should fix the glitched complaints by players as soon as possible. Albeit those disadvantages, the game is recommended to players who are interested in strategy games challenging your IQ and those who like to play leadership roles and those who are interested in different cultures.