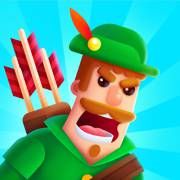 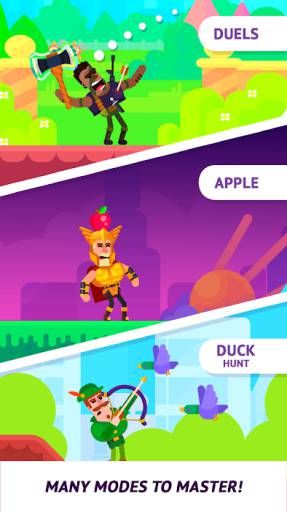 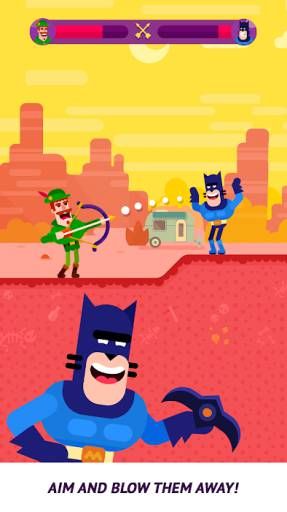 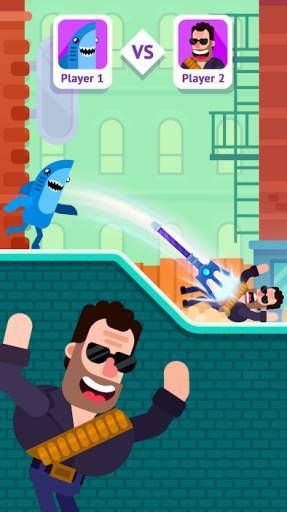 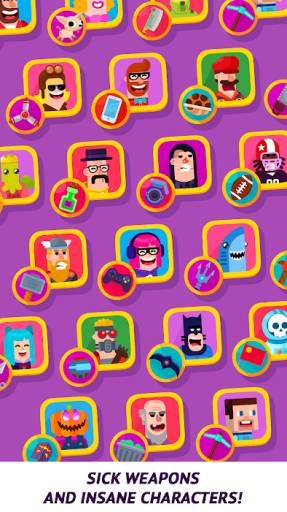 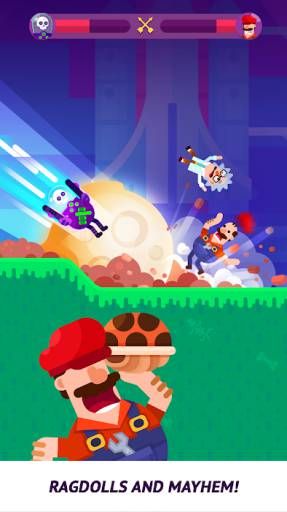 Bowmasters is a multiplayer action shooter game that is played online. It has a variety of free characters--over 60 characters and over 60 kinds of weapons for players to choose from. Players can also select different game modes to either shoot fruits or birds. Players can win money if they beat their enemies. Bowmaster is good at relieving players’ stress because it is quite simple to play yet entertaining. Players can get rewards of coins by sharpening their skills and they can use those coins to buy new characters. It has a colorful interface and well-designed graphics. Since the game should be played online, it requires internet connections. Anyway, it is a good time killer if you have plenty of time to kill. In the following part, both pros and cons of the game will be discussed.

Regarding the advantages of the game of Bowmasters, first of all, it is a fun and challenging game with different levels of difficulty. Players can have great fun aiming at and shooting their goals of fruits and birds and feel a sense of achievement. Secondly, though the design of the graphics looks simple they look cute at the same time. Thirdly, the game gives players a variety of choices in terms of the types of characters and weapons. Players can choose from diverse gameplay modes as well. Lastly, though it persuades players to buy its membership now and then, it doesn’t force players to spend money on it. In a word, it is generally a good game suitable for those who are bored and want to “idle their time away”.

Yet, it is not the whole picture. There are still some negative comments on the game, especially its ads. To begin with, many players complain about the ridiculously riddled ads before, during, and after each match, which is extremely annoying to players and disturbs their gameplay experience. Next, some players think the content of the game is repetitive and the more you play, the easier you could get bored of it. In addition, unlike what is claimed in its promotion ads, there are actually not that many levels and numbers of characters and modes for players to choose from. Moreover, though being an action game, the game is criticized for being way too laggy, which seriously hinders the shooting experience of players. Lastly, once the game is installed, you might have a chance to never get your previous save back. Thus, developers should reflect on that feedback and fix those problems.

Even though Bowmasters have many problems to fix, it is still basically a qualified game. Players can enjoy the immersive shooting experience in the game with multiple choices of characters, weapons, and gameplay modes. The cute and colorful graphics also entertain players to some extent. However, it doesn’t mean we can deny its drawbacks. Developers should think from the perspective of players before they develop the game to learn what players really want. Players don’t want a game in which you take more time to watch ads than play the game, in contrast, they want a game with an excellent user experience, in which case they could even pay for it. Developers should solve all those before-mentioned problems if they want to win players back. Honesty and respect are valuable qualities cherished by people, not greediness. Meanwhile, players should think it through before downloading and installing the game. If you can accept all its disadvantages, then you can definitely have a try because Bowmasters is rather relaxing as an excellent time killer.

Bow masters is a very classic and fun shooting game. As we all know, shooting games are relatively simple, players only need to play a simple parabolic battle. But the fun of this kind of game lies mainly in its very diverse characters and its rich plot. The game attracted a lot of gamers right from the start.

First of all, the mission characters of this game are very, very diverse. In the game, there are dead men with double guns, Thor with hammer wheels, sharks with tridents, and Robin Robinson. Moreover, the attack methods of these different characters are different, and the settings of these characters are also very humorous and funny. For example, some characters like to whistle, some like to breathe fire, and some like to hang on their heads. The last radish and so on. These different elements of the game will always attract players to play. Moreover, the game's scene settings and color matching are full of joy, and it is in a cartoon style that is suitable for all ages. The beginning of this game paved the way for us to face-to-face with the plot of the young and the bewildered. People dare not look directly.

Also, the gameplay of this game is very simple. The main method is to use combat. Players will fight back and forth with their opponents. Because they do not know the opponent's position, the general player cannot attack the opponent for the first time, which requires players to challenge different challenges through multiple attempts. angle, then by simply pulling the bow and aiming the target. Next, players also need to withstand the opponent's counterattack. This cycle repeats until one of them falls first, and the remaining one wins. If a character is shot, a large amount of blood will spurt out, and blood and flesh will be exposed in the next part of the shot. The realistic bones are very visually impactful. Of course, different people and different weapons will have different effects, and different injured parts will have different damage pictures. So, players can experience different bloody ways to kill enemies. In this game, the best method is a headshot like a magic weapon, that is, attacking the opponent's head, but if the player chooses the wrong angle, it is very easy for the opponent to be shot in the knee.

In addition to general battles, there are also some other modes in this game, such as hunting, shooting, and ranked matches. After the player has won a certain number of victories, the player can unlock the use of new game modes. So in general, this game will not lose happiness because of the simplicity of the simple culture, but because of the appearance of more game modes and various specific characters, the fun of the game has increased a lot. Moreover, this game is a test of players' judgment and control, because the power value and value of each shot are for the player to choose, and the player needs to quickly adjust to select the most suitable parameters to attack the enemy.

However, the style of the game is still a bit bloody and violent. Because when players are fighting, if they attack their opponents, the game screen will become very bloody. For example, the character of the game will spit out a lot of blood after being shot. At this time, the picture will not only drip with the blood but also reveal very realistic bones, which will cause some people to feel very scared because of this violent perspective. It's quite realistic.