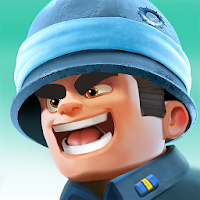 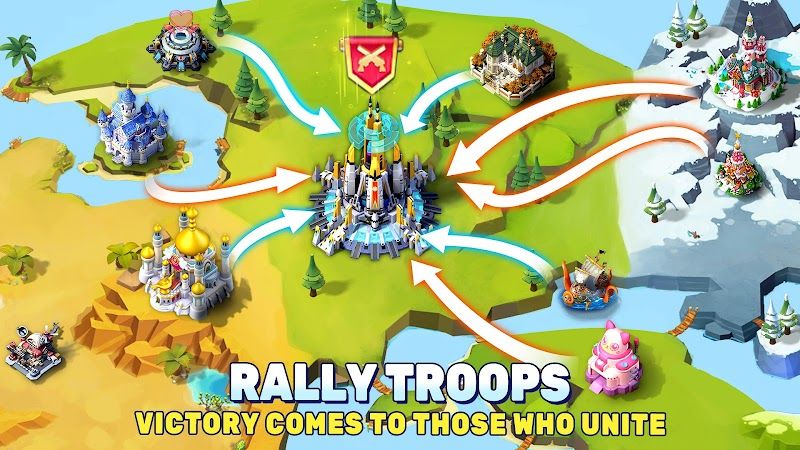 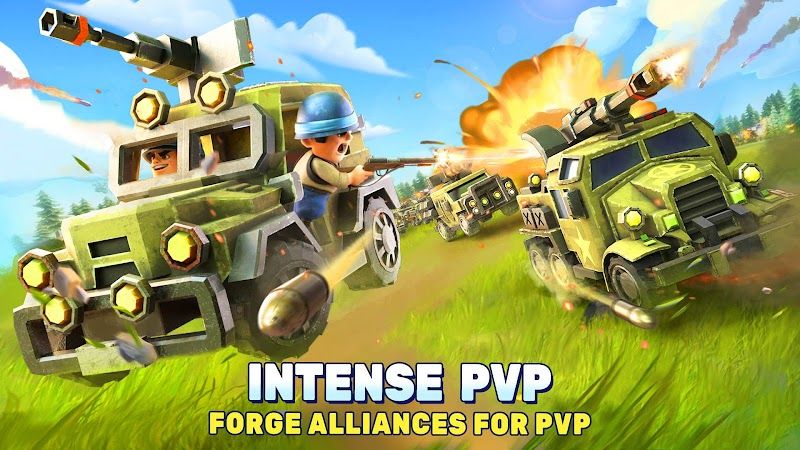 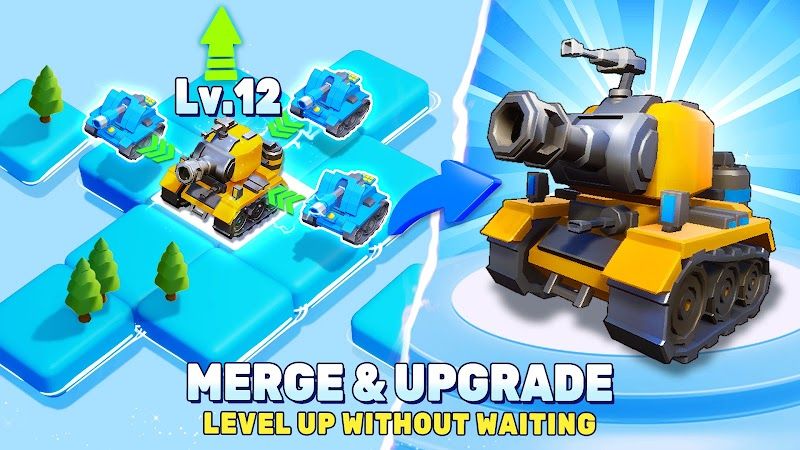 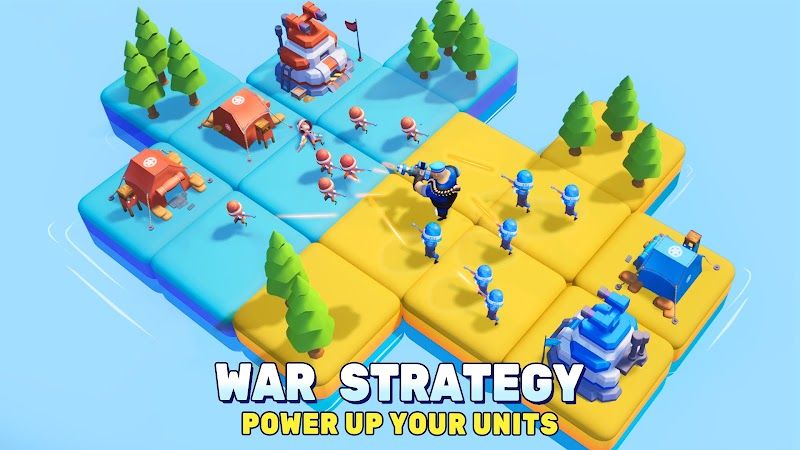 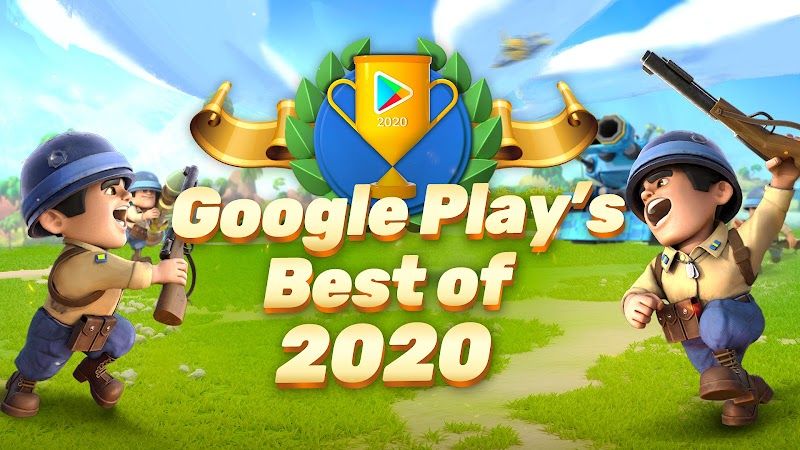 Top War: Battle game is a Chinese strategy game. In the game, you will play as a commander to protect and liberate people suffering from constant wars caused by tyrants. As the leader of the freedom league, you will order your soldiers to fight against the legion and control various elements in the game, including buildings, skills, and other tools. You can recruit competent leaders to manage the troops of the land, air, and navy. The strength of your troops can be upgraded by applying all kinds of skills and tools. To start the game, you will be responsible for building a military basement to train your troops on an island as well as strengthen your power. The final goal is to liberate the land and people at the mercy of the tyrant. Players can also battle online with a community of others across the world. It is available in Android and iOS app stores and you can play it on your PC and Mac as well.

Unlike other inefficient strategy games, Top War: Battle game takes a very short time to upgrade. Also, it offers players a variety of choices regarding the building and decorative elements to customize their islands. It is not only available on Android and iOS app stores but also PC and Mac, leaving players many choices where to play. The game utilizes addictive merge gameplay and mixes it with the conventional style of strategy game, realizing an immersive game experience for players. Most importantly, despite being a strategy game requiring wisdom, the rules are easy to understand, so it is player-friendly. Players can choose their heroes from 30 alternatives. They can either fight on the land, the sea, or in the air. Moreover, players have over 150 selections of soldiers and war weapons.

However, we have to admit every coin has two sides, so does Top War: Battle Game. Though it can be enjoyed on both phones and computers, it also requires a network connection in order to experience all functions and modes of the game. Also, the in-game purchases meet with a lot of criticism due to their profit-driven motivation. Moreover, in many players' feedback, they tend to comment on the same issue, that is, players are attracted by its advertisement to download apps, yet only to find the content of the game is totally different from what is illustrated in the advertisement. Lastly, players argue that there is no real game interaction displayed in the game either.

In conclusion, the game of Top War: Battle Game is recommended to those who want to kill their time without high standards. Its interesting and educational story background offers players an immersive experience. Also, it is a challenging game in which players need to utilize their wisdom to win the battle. But we can not deny its shortcomings either. The most debated trait of the game is its fake advertisement and profit-driven in-game purchase. Parents should pay attention if their kids are playing the game, or else it might cost them a lot. Some players even complain about the design of the characters in the opening of the game, which involves improper half-dressed female images. Others say that they are annoyed by the repeated dialogue every time troops are sent to fight at the frontline, and they would rather listen to background music. So, think it through before you download the game, and find some experienced players to guide you through at the beginning of the game. Anyway, it is an educational, interesting, and challenging game to play, and it takes you some self-control and patience to start the game.

Top War: Battle Game is a strategy tower defense mobile game. The graphic style of this game is very cartoony and cute. The content of the game is also very special because players need to recruit their soldiers in the game and command their troops to attack and occupy the territory and expand their strength.

First of all, the design of this game pays great attention to details and is very user-friendly. Unlike the vast majority of SLG games that use a horizontal screen, Top War chose a vertical screen design, which also laid a "light" tone for this game. Overall, after a year of debugging, the biggest difference between Top War and most SLGs on the market is the addition of synthesis and placement gameplay. The Top War "synthesis" gameplay is indeed very impressive in the game and runs through the entire game. Top War abandons the setting of waiting time for players to upgrade buildings, arms, etc., but uses "synthesis" to upgrade buildings, arms, etc. Players only need to drag 2 buildings/arms of the same level to synthesize and then increase by one level, which is completely out of the traditional model. In the follow-up, multiple modes of rapid synthesis of buildings will be enabled. The buildings or soldiers of the same level only need to be dragged once to automatically and directly synthesize the highest level, which saves the trouble of manually dragging and synthesizing multiple times. The design of the game's compositing features brings many benefits. First of all, using synthesis to upgrade buildings, arms will significantly shorten the waiting time for players, especially in the late game, buildings, arms, and technology upgrades require a long and boring waiting time. Playing SLG games, sometimes you will wait. I don't remember it now, just wait for the game prompt to recall it. Synthetic gameplay can reduce the boredom of players and increase the fun of the game. Secondly, the synthetic gameplay is more casual, and it mostly appears in small-scale casual games, and other types of games in the past also have the gameplay of synthesizing new items with different materials. Although it appears in SLG, players need to adapt, but the cognitive threshold is not very high.

Moreover, this game adopts the European and American cartoon style, and the Q version of the characters, buildings, and vehicle shapes are all familiar to people. But if you think about it carefully, in the top 200 games in the European and American markets, there seem to be not many SLG games that use a combination of these elements at the same time. At this level, the game has some recognizable advantages in terms of subject matter.

In addition, the game is very light but not simple. In this game, in addition to synthetic gameplay, Top War also draws on the gameplay of card placement mobile games. As shown in the video below, the interface of the battle between the two sides is not much different from the card placement type battle: after selecting a hero and arm, the battle is automatically completed. This is very different from traditional SLG games such as the Shore of the Earth, Awakening of Nations, etc.: to choose this gameplay, players do not need to spend too much energy and keep staring at the battlefield, and only need to place the corresponding heroes and soldiers. That's it. In addition, Top War can also adjust the battle speed, reaching a certain level or even skipping the battle directly. From the simplification of operation, Top War also hopes to find other users who are different from heavy SLG players. Although Top War is a mild SLG mobile game, he still retains the core gameplay of SLG games, including sandbox maps, alliances, and a grand worldview. In the exploration of mixed games, the choice between different gameplays, the implementation of the core gameplay, and the organic combination of other gameplays are very interesting topics. And Top War retains the core mechanism and gameplay of SLG, which makes Top War no less labor-saving than other SLGs in research and development, but by combining cards, placement, and other gameplay, the main purpose is to simplify the operation, speed up the game process, and become a user expansion and differentiation.

However, Top War: Battle Game lacks innovation. Similar to most of its kind, Top War: Battle Game is not a story-oriented game. It simply sets up an overhead opening analogous to the historical background of World War II, and directly brings the player (commander) into the game. Of course, after that, buildings and weapons The sense of technology brought by the upgrade will push the game background to a "near future" look. Judging from the experience, the background color of this game is completely the same type of SLG that domestic players are very familiar with. This misunderstanding of mine is related to settings such as game bases and plots.

On the whole, although the innovation is insufficient, many aspects of this game are very well done, and it is worth trying.