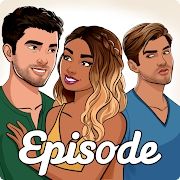 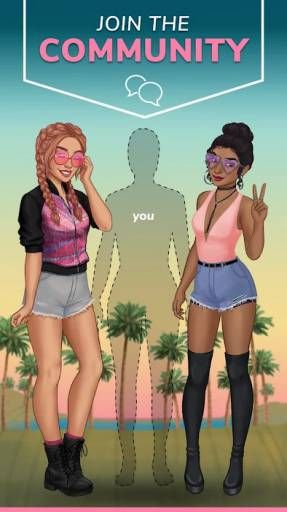 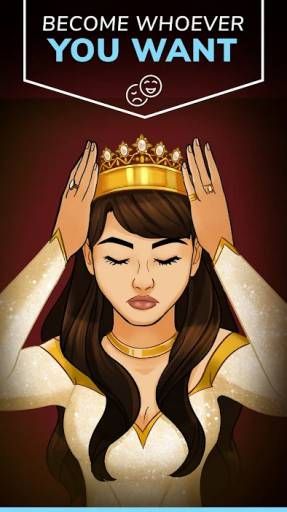 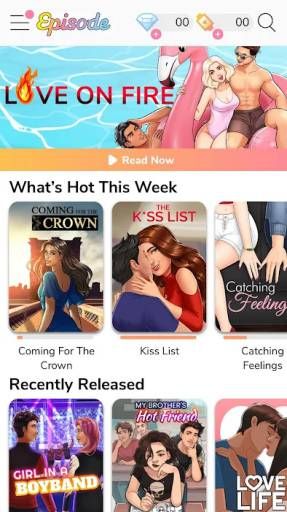 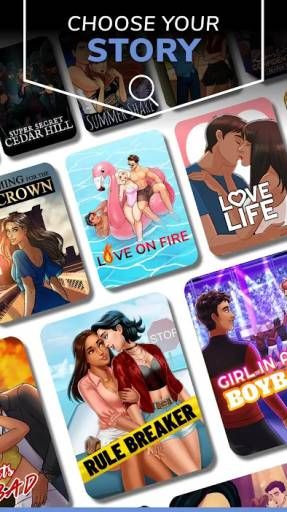 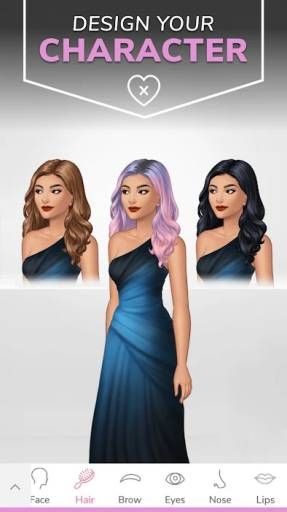 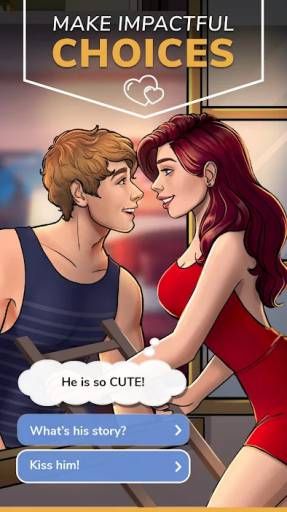 Episode - Choose Your Story is an interactive story video game, which is said to be developed by Pocket Gems. The background of the game is about the network and platform of the story. Players enter different stories and make choices as the story progresses. This game is now available on Android and IOS.

First of all, the content of this game is very interesting. In-game stories are divided into plots, and users or "readers" can interact with the stories and even create their own story lines. Readers can choose from a range of reactions to influence the character's appearance, dialogue, and reactions to events. When playing the game, I typically watch EPISODE's stories but also watch videos produced by COMMUNITY. Generally speaking, I can get masonry and stone after watching an episode of the story, and diamonds will be very useful in the later game. Playing EPISODE stories is also very interesting since the game always allows you to make different choices. For example, when you are going to a drag party, the system will ask you what to wear. You can choose to wear casual clothes, or you can choose to wear clothes suitable for a party. If you like to wear party clothes, then you pay for diamonds, which is why I just said watching videos to save diamonds is important.

In addition, the game's graphics and colors are very beautiful. In different stories, the game scenes are very different, and the pictures are very delicate, making it easy for players to enter the play settings. The environmental background, character image, the connection of close-up and long-range views, and the use of special effects in this game will all reflect the theme of the game and bring players visual enjoyment. In terms of character operation, the action of the characters is very smooth. Although the display effect of various skills in the category of programming, the specific performance in the game is directly related to the player's visual experience, so it has become a very important part. The characters in this game move very smoothly. Not only that, but the game has a huge screen resolution. As we all know, the larger the resolution, the more dots in the picture, and the better the graphics, colors, and layers will be. Therefore, this game is not bad in terms of picture quality, operability, and game plot. I really don't know how to say the rest, because personal preference factors also play a role.

However, the game is said to have faced opposition from some game players’ parents. The game's episodes have been censored by parents and users for some inappropriate themes. Many players are very young, and their parents feel that the game is far-reaching and that playing this game is not good for children's development. For these younger players, the game increasingly needs to regulate its own content. Most of the story lines in this game focus on romance and high school relationships, but many are not suitable for teenage players because the episodes contain many story lines about sexism, underage sex, and pregnancy. Stories even glorify adultery and may encourage reckless decision-making, pettiness, and unkind behavior. For example, one family responded that its daughter was only 10 years old, and her daughter played a game in this game, and the two characters in the story had sex, which was very inappropriate. In addition, the characters in the story also curse, drink, smoke, and swear. These are very unfriendly to minors.

In conclusion, I think this game is more suitable for adults, not very suitable for teenagers. In other words, for players who are not very mature in their psychological age, I do not recommend this game very much.

Episode--Choose Your Story is a romantic simulation game in which players will play as heroin to start a romantic journey with a variety of handsome guys. You will be able to make your own love story by choosing from over 150 thousand plots. Players can interact with male characters in the game and find your Mr. Right. The game provides players with the freedom to customize their heroin characters along with their avatars and outfits. You are in charge of the story flow, so you can change the plot whenever you want during the gameplay. Try to collect different story endings in an interesting way. The game is rather immersive and features good-looking characters. Apart from choosing from a great number of existing stories, you can also write your own story to customize the plot of the game. Moreover, your plot could be shared with millions of other players. The game has 3,842,313 reviews with 4.3 stars out of 5 on Google Play. It contains in-game ads and purchases. The following section will turn your attention to the strengths and weaknesses of the game.

The reasons why the game is so popular among players are varied. To begin with, players are ensured with a lot of freedom in terms of story choosing and plot making. Also, they can customize their characters either in their resemblance or others. Moreover, the design of the characters and graphics are good-looking and of high quality, offering players visual enjoyment. In addition, for players who haven’t gone through any romantic relationship in real life, the game is a great comfort for them and offers them a chance to have an immersive romantic experience. The game also helps players to improve their plot-making skills and can provide them with a sense of achievement when their self-made stories are viewed by millions of readers online. Lastly, the game boasts players' confidence by making them the heroin in love stories. In this way, players will feel that they are loved by someone. And for those who can’t find ideal partners in the real life, the game can realize their dream by allowing them to choose from a multitude of high-quality males.

Yet, despite the attractive features of the game, it is still criticized by players for certain disappointing reasons. For instance, some players are unsatisfied with the animation of the game. Also, the game is sort of costly and it won’t allow you to progress your game if you don’t pay for the game. In addition, the amount of stories that can be replayed is limited, therefore, players have to delete some of the stories in order to replay. Furthermore, there are too many in-game ads which greatly affect the gameplay experience of players. Finally, as a romantic simulation game, the game might make some players addicted to this game and forget to manage their real-life relationships.

Overall, Episode--Choose Your Story is an attractive and interesting game to play for girls. It allows girls to use their imagination to plot their own love stories and experience over 150 thousand types of stories, which is the biggest strength of the game. However, the game is still blamed for being too profit-driven and some glitches are waiting to be fixed. Parents should be cautious if their children play this game due to its romantic content. It might be misleading to children. Not to say the in-game purchase attribute. Therefore, it is recommended for players who are aged over 18 years old with a good sense of self-control.