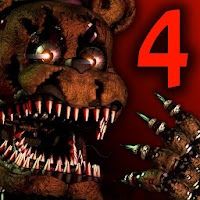 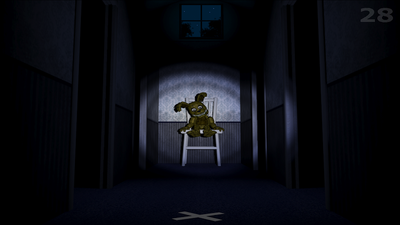 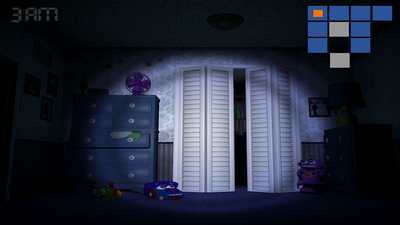 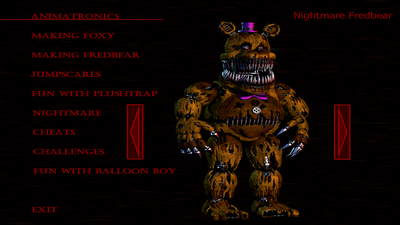 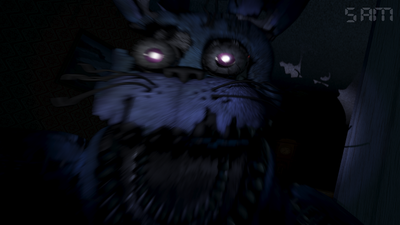 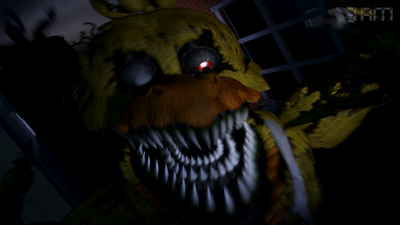 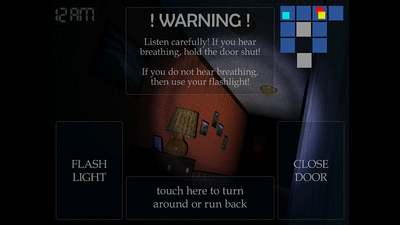 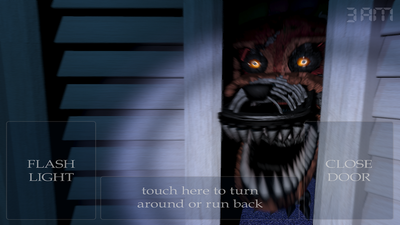 Five Nights at Freddy's 4 is a point-and-click survival horror game developed by Scott Cawthon. It supports Android and Apple systems. This is the fourth installment in Freddy's Five Nights at Night series. The game takes place in a child's bedroom, and players must avoid being attacked by animatronics.

Five Nights at Freddy's 4 has some tweaks from its predecessor. For one, it's much faster-paced than its games' previous series. Second, instead of using cameras to predict the behavior of animatronics, players need to ensure their own lives by paying attention to audio cues. But this is a challenge for the player because the player's game background is full of all kinds of noisy sounds. This is tantamount to reducing the protection of audio alerts for players.

The fourth installment in Freddy's Five Nights at Night series, players will no longer play the role of a security guard but rather a child, this time without surveillance cameras. Players will be trapped at home in the dark, constantly running between your doors, closets, and beds to stop terrifying animatronics. But at any time, the player can be frightened by something scary. Players need to get through the night without touching the terrifying animatronic animals from the previous game.

In Five Nights at Freddy's 4, the skills and methods players need to win are quite simple. The player's room consists of two doors, a wardrobe, and a bed. The player just must double check the door for problems. Hearing the breathing of the animatronic animals closes the door until the breathing disappears and the player returns to a temporarily safe state. At the same time, the player also must shine through the hallway with a flashlight to fend off any nearby threats as early as possible. Until dawn in the game. As the game progresses, the speed will increase in the new day.

Although the gameplay is simple, the game feels difficult from the very beginning. Players won't know if their actions will actually protect themselves, everything needs to be tried gradually. It's often hard for players to know where they've gone wrong, especially when there's little to do. Maybe it's only after the failure that it becomes clearer how to avoid the animatronics, so it's a constant frustrating, but it's also the charm of the game.

Players will see that the new version of Freddy's Five Nights does a great job of jumping and scaring. In a very visual experience, players desperately scan their screens looking for killer animatronics, then, to see them rip your face off. Players will feel fear and fright again and again and will feel that their heart rate is always high.

In addition, in the new version, the role of audio has been greatly changed and broken. More precisely, Five Nights at Freddy's 4 is a game about listening to approaching enemies to protect yourself. Five Nights at Freddy's 4 puts more emphasis on sound than its predecessor. Players cannot mute on the game's operating interface. Its breath sound is as good as ever, but this time players will need to listen carefully to pick up important clues and avoid animatronic attacks. Players need to listen carefully to the footsteps and breathing of the animatronics amid all kinds of eerie jingles and background ambiences. If the player hears breathing, the player should close the door instead of turning on your lights. This tiny pause adds a lot of stress to the player. Players will feel insecure and helpless for a split second.

The background music in this game is very worth mentioning. When playing this game, you need to bring headphones to play, because this game has a very good music effect, the scary music makes you feel like you are in the scene, and you also have to listen to the teddy bear's breathing. There are other sounds to judge his activity, and you'll need a flashlight at the right moment to drive these teddy bears to play. In the process of playing the game, you have to focus your attention, no matter what you see or hear, you can't be too flustered, so this game tests the player's psychological quality. In the game, the player plays a child who needs to go to a party five days later. The kid was a regular at Freddy's dinner party, and this party was about his birthday.

In addition, the game form of this game is also very special and very creative. Players need to move around in different positions at specific times, such as from midnight in the middle of the night to 6:00 in the morning, watching the entire bedroom bed, wardrobe, and the east and west corridors outside the two doors. During this period, players can only obstruct the movements of these dolls with flashlights. Alternatively, the player can listen to the door and cover himself by closing the door according to the doll's breathing. If the player can't drive these teddy bears in time, those teddy bears will attack the player in the dark environment, and if they are attacked, the player will declare failure. After each night has been safely passed, players will also start some mini-games. These mini-games are made with a variety of different retro-style games, which will suggest to you more story background, and various levels. Although on the surface, you only need to press the game title to complete the five nights of the game you can unlock the hidden sixth night, even the seventh night, and you can get star operation rewards at each stage.

Therefore, the setting of this game is very secretive and logical. Players can judge in this game that they can improve their reasoning ability, logical ability, and thinking ability, and can improve their psychological quality. Because players need to carefully observe, infer and organize relevant background materials in the game, and then let the progress of the entire game be further displayed. It is said that this game is a prequel to the first three games because it will bury many corresponding foreshadowings. In the game, it is like a TV series derived from characters, to confirm the time and scene of the story. I think the fourth game is a children's nightmare, because the first three games have the old alarm sound at six o'clock, and the old alarm sound can also be found in the fourth game.

Although this game is very attractive, innovative, and unique, this game is really scary, so it is not suitable for many psychologically fragile children to play. The background music in the game is very eerie and terrifying, and the teddy bear is not as cute as it is in reality, it is full of weirdness. After playing this game, many players have a terrible mentality towards teddy bears and no longer play with teddy bears. I even heard that some players are afraid to go to the toilet at night after playing this game because they are very scared. So this game is only for those who are stronger at heart.

Overall, this is a good horror game. If you like to challenge yourself very much, are brave, and have a lot of courage, then this game is very suitable for you. You can experience a lot of spooky stories in this game, but if you are not very strong inside, then don't experience this game again.