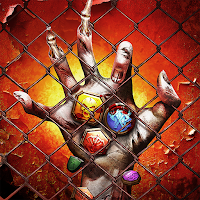 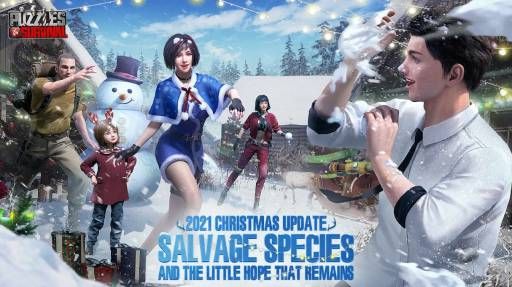 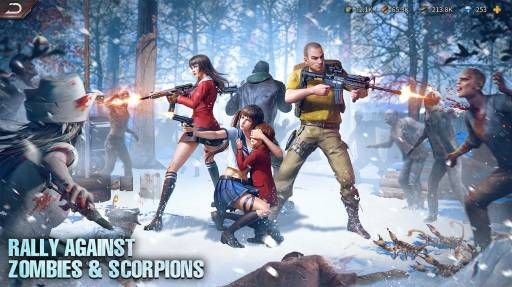 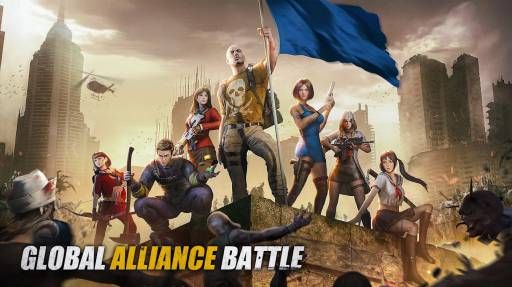 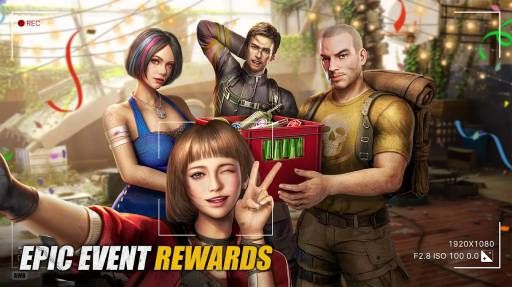 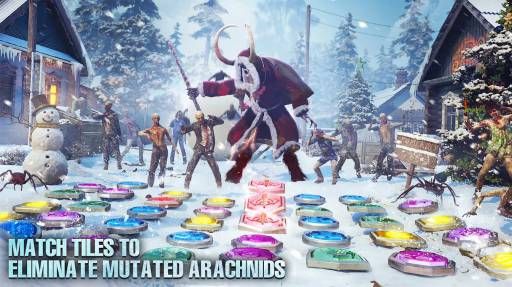 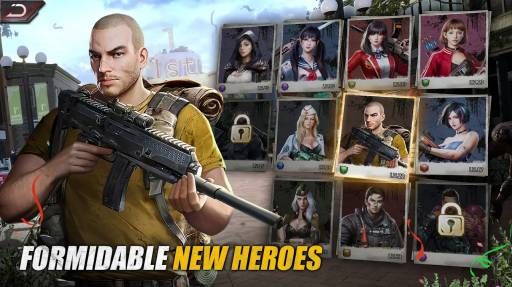 Puzzles & Survival is a matching and SLG game launched by Sanqi Interactive Entertainment. Sanqi Interactive Entertainment first launched the game named Puzzles & Conquest and then launched the doomsday matching game Puzzles & Survival in August 2020. The gameplay is not much different from the previous game, but the background of the game is very different. The world adventure has been changed to doomsday zombie survival. This change has made a huge leap in user downloads and game revenue compared to the previous game. Breakdown of Puzzles & Survival on Google Play and App Store (RPG and Strategy category).

In terms of game elements, it is a highlight of Puzzles & Survival. Although Puzzles & Survival is an SLG mobile game, its core gameplay is mainly based on matching game levels, which also includes SLG elements such as base construction, resource collection, and business simulation. Its innovative integration of gameplay reduces the overall difficulty of SLG games, enabling more entry-level players to stay and not easily persuaded by complex game mechanics. As such, Puzzles & Survival generally avoids complicating the game, when it comes to creatives. More materials display elements with visual impact such as matching, survival, and zombies in the game, allowing players to intuitively feel the excitement and urgency of the game process. For example, in a game clip, the character is chased by zombies in the subway. On one side it is in a high-speed moving subway, and zombies are chasing after them, and there are various obstacles on the road, which brings a sense of tension to users of being chased and killed.

Then, the material will specifically show the match-3 gameplay when encountering obstacles. If you succeed, you will avoid obstacles and upgrade your equipment, but if you fail, you will be chased by zombies. After a few changes, the footage will highlight a shot for users to avoid pursuit and induce them to eliminate. Take, for example, the following material. It tied the game characters to the rope of the helicopter, and there were hordes of zombies that kept climbing up. Every time you are about to be caught, there will be match-3 gameplay, and you can avoid it if the elimination is successful. There are many other related examples, so I will not list them all here. The basic expression methods of these materials are through the elements of visual impact such as "chasing", "rescue", "escape", etc., to create a tense and exciting atmosphere for users, coupled with simple and easy-to-understand match-3 gameplay, so that they have the idea of playing. In my opinion, this is where Puzzles & Survival shines.

In addition, "Puzzles & Survival" deliberately weakened the "SLG" part and turned to "match three" as the selling point of the game. The advantage of this is that, on the one hand, the match-3 gameplay attracts the interest of more general users; Eliminates the feedback that comes later. In short, it is the "refreshing feeling" that emphasizes elimination. For example, because of the love of many players for doomsday themes, this game will deliberately add elements such as doomsday, survival, zombie, and other elements to the purchased materials, making the materials extremely visual impact, thus enhancing players' playability. Willingness to play. Moreover, the game developers have also made a lot of changes to "Puzzles & Survival". For example, launch the exclusive character "Knowing World". The character's vertical painting is very girly, with some two-dimensional elements such as double ponytails and uniforms. In detail, Sanqi also customized an exclusive Japanese female image for the AI in the game, and also adopted a large number of venture elements in the design of the player's main city, so that some users have a strong sense of cultural identity and content belonging, and thus Increased the topicality of the game.

To sum up, Puzzles & Survival are quite popular in Canada, Australia, Germany, France, and other European and American countries. It can maintain the top three positions in the Google Play strategy list and even has more than 1.6 million people in the Google App Store. It scored a high score of 4.4 and has a very good reputation. It is recommended that people who like this kind of mobile game may wish to experience it for themselves.

Puzzles & Survival is a survival and puzzle match game set against a story background of the apocalypse. In the game, all people are infected by a fatal virus spreading all over the world and have turned into zombies. As the protagonist in the game, you have to guide your followers to run away from the attack of those horrible monsters in order to survive. To run away from the zombies chasing after you and your teammates, you need to move the blocks in front of you to make a match in a row with 3 of them in the same color. Once you succeed, the blocks will disappear and you can move forward. Therefore, unlike other match-3 games, Puzzle&Survival gives players a very limited time to think and react. If they fail, the character and his teammates will be bitten by the zombies to death. Apart from escaping from zombies, you also need to establish a solid sanctuary in order to protect yourself and others from the attack of zombies. The game is free for players to download and install. It contains in-game purchases. What’s more, it is not suitable for players aged under 12 to play the game. To play the game, an internet connection is necessary. Puzzle & Survival now has 199,795 reviews with 4.3 stars out of 5 on Google Play. In the following sections, its advantages and disadvantages will be analyzed.

In terms of its advantages, firstly, the game is an innovative game combing both strategy and puzzle match. To succeed, players not only need to rack their brains to find solutions to the puzzles but also escape from scary zombies. The unique story background of apocalypse is also rarely seen in similar match-3 games. Secondly, apart from trying to solve those puzzles, players are responsible for building their shelters as well. Moreover, weapons with advanced technology can also be developed by you in the game to defend you and your teammates against zombies. Thirdly, the game also features a variety of powerful heroes whom you can choose to become your warriors in your army. Last but not the least, the most interesting thing in the game is that there might be a traitor in your team, so you always need to be careful and try your best to find out who are the threats.

When it comes to the disadvantages of the game, first of all, the game sometimes gets unable to be loaded, making players frustrated about their progress in the game. Also, it is quite costly. And if you are not willing to pay the money, then you can’t be able to fight against other players due to a lack of significant features and power, making the game pretty unfair to play. Moreover, the game promotes fake ads on Youtube which displays totally different content compared with the real game. Though the graphics in the ads look quite stunning, once you enter the game, you will find that the effect of the graphics is not that good at all. Finally, as the leveling up of the game, it becomes increasingly harder for players to succeed.

Overall, Puzzle & Survival is a fun and challenging game featuring a variety of attractive elements, including strategy, match-3, battle, survival, etc. However, the developers and the support team should pay more attention to the complaints of players to make the game more popular among players. There are no in-game ads, which is a great strength of the game. The game is recommended to those who want to kill time and have enough money to spend on the game.