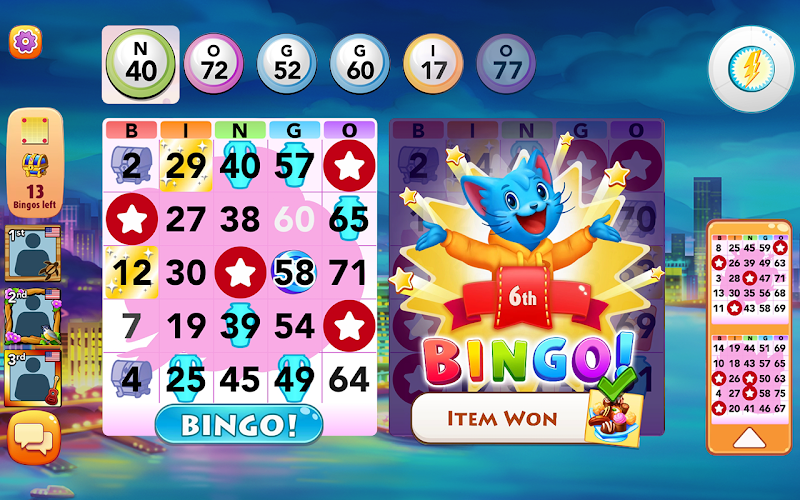 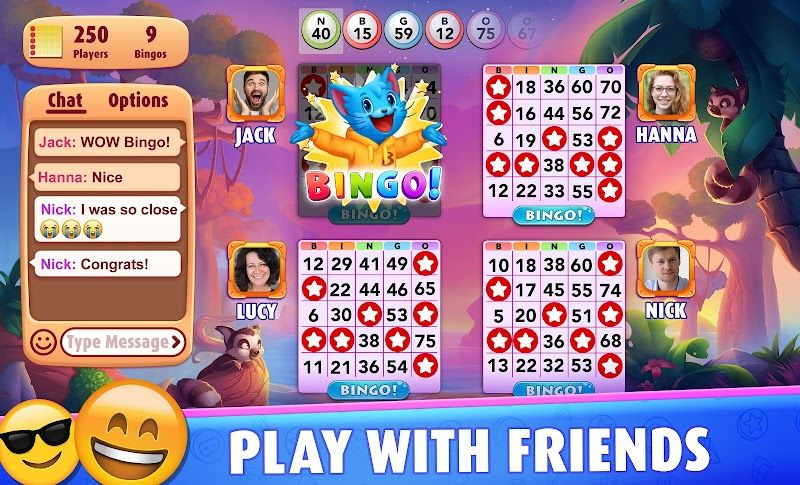 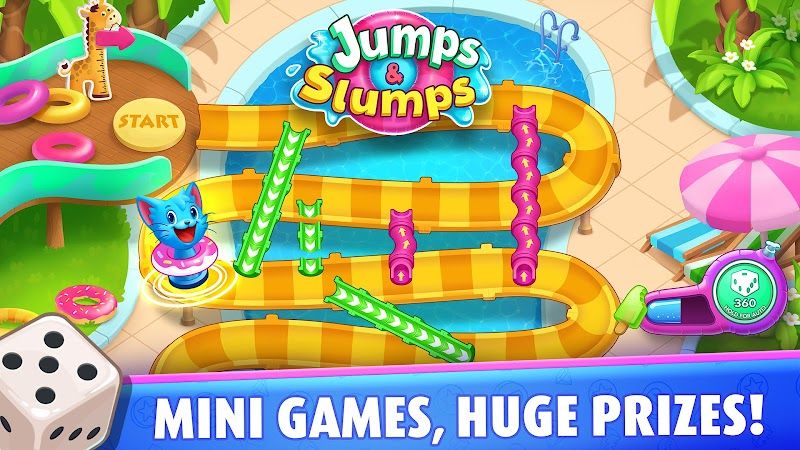 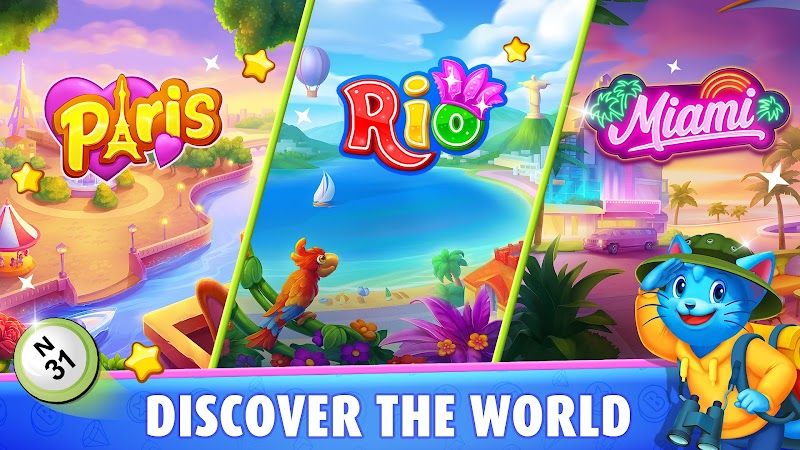 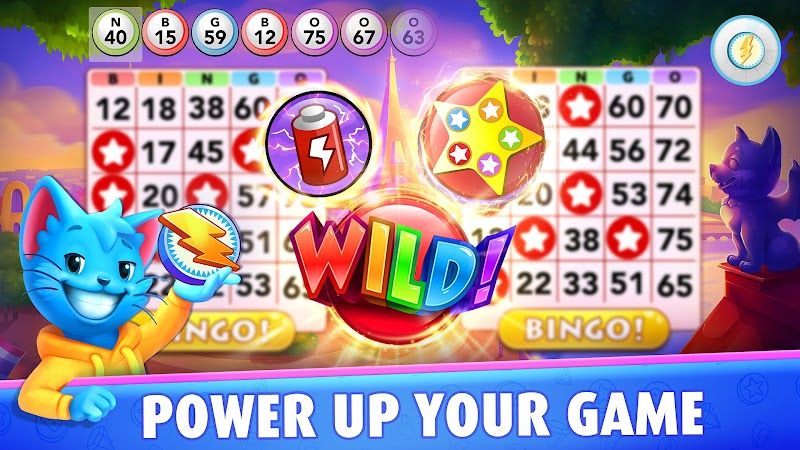 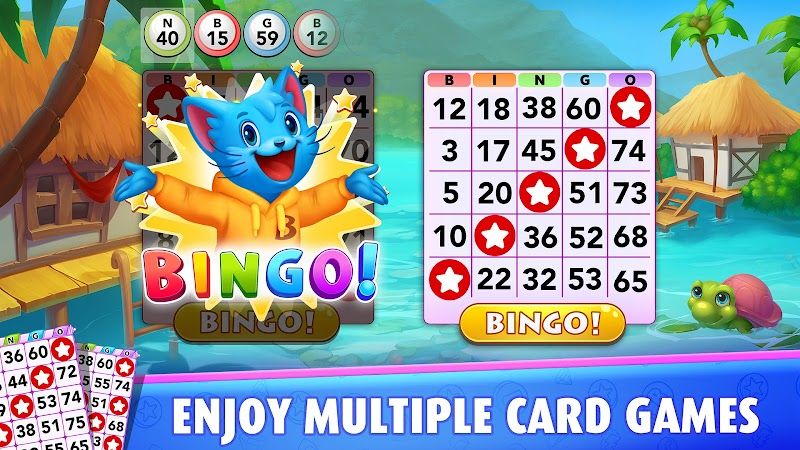 Bingo Blitz was a Bingo game developed by Buffalo Studios in Santa Monica, California. After the game was launched on Facebook in 2011, with its excellent social gameplay, it gained more than one million monthly active users in a short period, and the user retention rate is high. In this case, Bingo Blitz was quickly noticed by gaming giant Playtika, which acquired Buffalo Studios that made BingoBlitz in 2012. After many years, multiple versions of iterations and updates were proposed, so today's Bingo Blitz has become a brand new product type that integrates gaming, social, and casual gameplay. Of course, the core gameplay of this game is still Bingo's game rules.

The main advantage of Bingo Blitz is that its audience is very broad, from children to the elderly, and the game has a long life cycle. Indeed, Bingo is equivalent to the domestic landlord, has a strong leisure attribute, and covers a wider user group. The elderly, children, and housewives are all its target users. There is no age-span issue in this game. Today is an era of information explosion. Many people like to try new things. Not only children but also the elderly. Many elderly people are considered to be just inheriting some concepts from the old era. But nowadays, new things are actually of interest to the elderly. For example, this kind of online game, this game is a very naive game from the point of view of the game. Because it is not only simple to play and has a few barries for new game players, but also has a particularly cute style like some game design patterns. The rules of this game are also very simple, that is, the first player to find the corresponding number and connect the line will shout "bingo, indicating that he or she has found the corresponding number and completed the round of the game. Bingo Blitz lets you play many different game modes, on your phone, with or without the internet, you can play the game, both online and offline. With this app, you can have fun playing whenever and wherever you want. So many people play this game playtime.

Like most board and card games in the world, Bingo Blitz has a very long lifespan. Some people say that it is amazing that mobile games can be popular for two or three years, but in the US App Store casino game rankings if you choose a game at random, you will find that it was launched 7 or 8 years ago. Even after more than ten years of operation of many products, the revenue data is still constantly creating new highs, which is the charm of Bingo game products. This game is relatively easy to get started and is especially popular with newcomers to the game and the elderly. One of the cool things about Bingo Blitz is that the game offers a variety of items that you can use to gain various advantages at any time. These items are earned as you play, and of course, you can always buy these items with real money. Your goal from start to finish in Bingo Blitz is to get a 'Bingo' before all other players. To start a round, simply buy the cards you want to play and pay attention to the numbers that appear next. If you are the first to call out 'Bingo', then you win. When you start a new round, you will see the selected number appear at the top of the screen. Your job is to check the numbers on your bingo cards, but you need to be careful when choosing, if you mark one by mistake, you may call the bingo too early and your card will be blocked. For a few seconds, your opponent will gain an advantage. My grandpa is a big fan of this game and once asked him why he liked it so much, he told me that it was a very addicting game for him. This type of game knows how to keep our old minds sharp and make us think about the best strategy and placement as we play. In addition, as a retiree, this game gave him a lot of fun to pass the time and let him experience different game scenarios. There are dozens of different scene settings in the game, you can play in the bingo room, play in the rooms in various cities around the world, play in the underwater world, or play in the racing-themed room, which is very attractive.

This game is very universal as a whole, but for old game players, it is difficult to discover excitement and freshness in this game, and it is difficult to attract young people who are pursuing trends. So, I don't recommend this game to young players who are looking for the excitement and freshness of the game, but if you want to pass the time and have a few games, then you can try this game.

Bingo Blitz is a bingo game for players to solve puzzles and challenge players' IQ. To win, players need to rack their brains and complete missions. As the major cartoon character in the game, Blitze the cat invites you to play the game with him. You can enjoy free rewards and goodies offered in the game for free. The game is endorsed by the famous singer Megan Trainor and the singer sings a version of “All about that Game” specially written for this game. The game is a mixture of bing games and slots machine games, which is quite innovative and fun to play. For now, Bingo Blitz has 952,828 reviews with 4.6 stars out of 5 on Google Play. It features in-game purchases. As for the pros and cons of the game, it will be mentioned below.

In terms of the features and advantages of Bingo Blitz, it boasts a multitude of card plays, keeping players entertained. Once using up power, players can get additional power by grabbing powerups. Players can enjoy the great fun of the souvenir collection by visiting all cities. Special cards are available for players who win the rounds. There are also mini-games within the game while waiting for the beginning of the next round. Players can travel around the world to seek free goodies. Season bingo rooms with bigger prizes are available for players as well. Slot machines can be spun in the game with big bonuses. Daily tournaments are free for players to play. Finally, players can socialize themselves and interact with players worldwide. You can directly chat with other players in the chat room in real-time and ask your friends to join the game. Once you win the game, you can also share your victory with your real-life friends.

When it comes to the drawback of the game, first of all, according to some players' feedback, there is little chance for players to win the game. Once reaching different cities, players will soon find out that it is extremely to win. Though the game is free, to some extent it is a waste of time if you can never win. Secondly, the credits in the game are consumed quickly and they are quite expensive. Therefore, the game might cost you quite a lot of money. Lastly, there are ads in the game, which invariably influence the gameplay experience of players.

On the whole, Bingo Blitz is a fun bingo game mixed with a variety of other elements like lottery and slots. There are also daily events held in the game to enrich the content. Players can have a collection of their goodies and interact with other players in the game. Moreover, the customer support is satisfying as well. Yet, despite the before-mentioned advantages, the game is still blamed for some of its disadvantages. For instance, the game is sort of profit-driven in the eye of players because it makes it harder and harder for players to win as the progressing of the game except using paid credits. However, those credits are pretty expensive and can be consumed in a very quick way, which means players need to keep buying credits in order to continue the game. All in all, the game is innovative and interesting to play. Parents should pay attention to their children playing the game in case of possible financial loss. The game is recommended to those who have plenty of time to kill and plenty of money to spend because it is definitely a good time-killer. Those who lack self-control are not suitable to play the game.