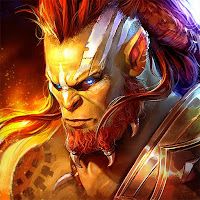 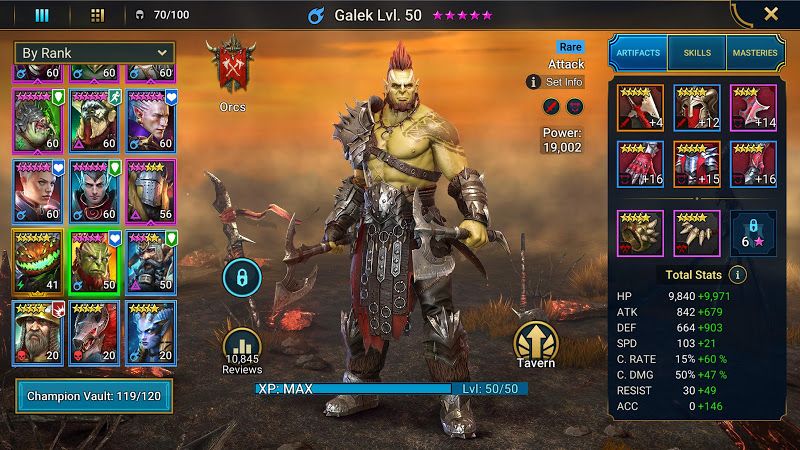 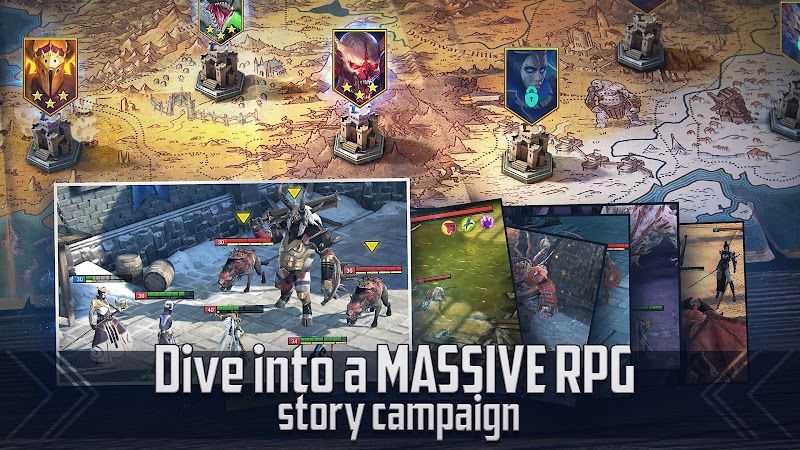 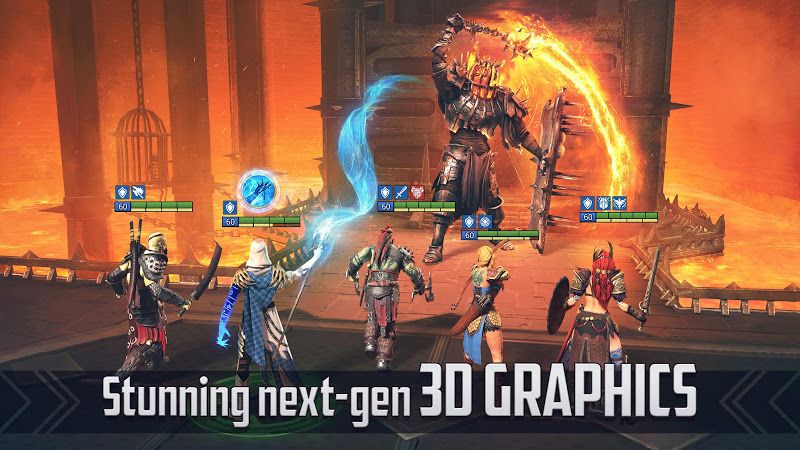 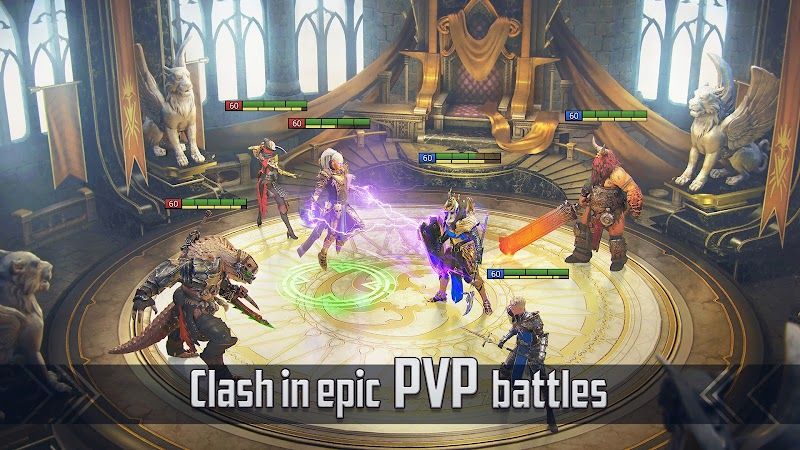 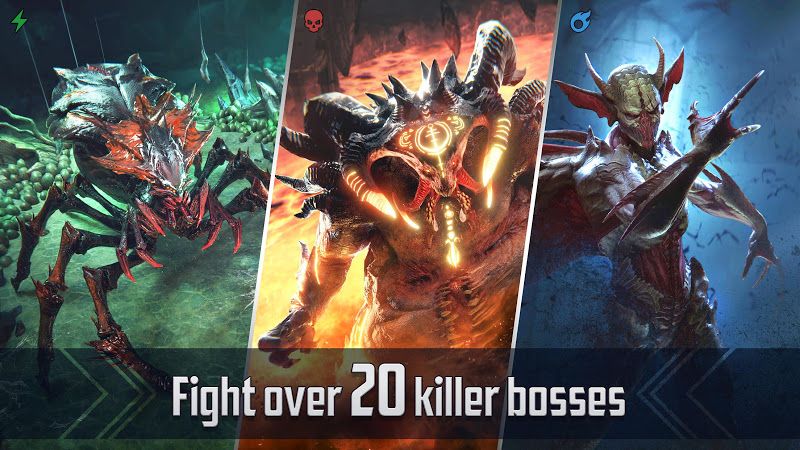 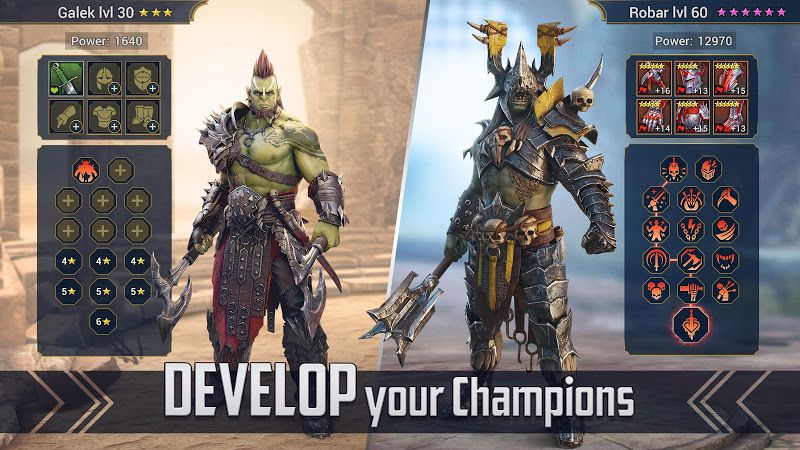 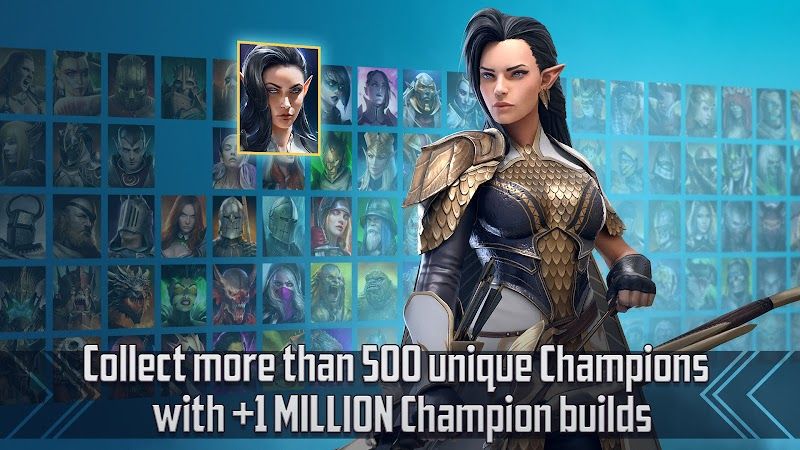 "RAID: Shadow Legends" is a magical adventure RPG mobile game based on Western mythology. Players fight in a realistic fantasy role-playing game with more than 100 fighters from 16 factions in the game. In order to save the land of Terraria, players can recruit heroes from the two camps of light and darkness to fight, use the attributes and skills of the heroes to fight, let them explore dungeons, and challenge bosses.

First of all, I think the graphics quality of this game is very, very good. RAID: Shadow Legends uses a 3D engine, the picture is very delicate, players can feel the real battle scene in the game. I don't know much about game engines, but the texture and modeling of the graphics are the direct motivations that attract me to play this game all the time. This game is modeled with a Western fantasy theme. At present, there are more than 400 heroes in the game. Although some models are repeated only with a different color, the fighting chance that has not been obtained can still be previewed in full detail in the illustrated book.

The plot of the game is also very nice. In addition to the initial cut scenes explaining the general plot, this game puts the plot at a higher level, which is a very common way of handling it, but what is extraordinary is the unique interpretation of the plot. Some games choose to design the player's level experience, to create an immersive plot experience. Fortunately, this game chooses to separate the plot experience and the actual level, and put the plot in the cut scenes of each chapter separately, so as not to interfere with the player's pushing experience. I like this kind of treatment. At the same time, the plot is unique in the form of line drafts and PPT, plus narration and dubbing. It can be described as a clear stream in a lot of extensive plots that insert cut scenes CG at any time and force players to follow the plot.

However, this game requires a lot of patience, because the growth rate of the game is too slow, and it is difficult to quickly improve even if you spend money, it is better to buy a new account directly. This is why this game grows slowly, which is to quote its game rules and gameplay. As for the gameplay, the initial 1-star card can be upgraded to a maximum of level 10. If you eat a 1-star card, you can upgrade to a 2-star card. The initial 2-star card can be trained to the full level of 20, then eat 2 2-stars to upgrade to 3-star, and so on up to 6-star level 60. I have been playing this game for a month, and without spending any money, I have drawn about 30 3 stars, of which 10 are highly practical. 5 stars may not be drawn in this life. Fighters and enemies are divided into three colors to restrain each other. This requires players to have all the three-color fighters can play, and sometimes special supports. Originally, I wanted to use fighters below 2 stars to make up some teams against bosses, but the numbers were too weak. Of course, the abilities of different initial stars vary greatly, and the cost of upgrading low stars is too high. Therefore, the efficiency of brushing a copy with a new weaker is limited by your current strongest combat power. That's why you have an initial 5 star so much faster than the initial 3 stars starting line. I do not encourage people to buy accounts, but this game is a bottomless pit for cultivating fighters. In addition to upgrading, whether it is runes or jewelry, everything that piles up values and requires time and money. So there are people who spend hundreds of thousands of dollars.

Overall, the game is worth playing. As a card game, turn-based battles will always dissuade many players who fall into the pit due to the quality of the picture (marksmen), but the game's friendly liver and krypton are not only eye-catching for casual pensioners, but also an occasional brush. good choice.

RAID: Shadow Legends are a battle and adventure game in which players need to fight with many warriors from 14 different factions throughout the realm of PRG. Your mission is to rescue Teleria. Great visual enjoyment could be shared by players. Recruit legendary and powerful warriors who come from the Light and Darkness Forces. Train and strengthen them to battle together as fatal weapons. Form the most powerful and invincible raiding team. Incomparable with other battle and adventure games, RAID: Shadow Legends provides players a variety of strategies to refer to in order to defeat over 1 million bosses. This multiplayer game allows players to compete against or team up with others worldwide online. It has 1,656,706 reviews with 4.5 stars out of 5 on Google Play. It has different versions in languages of English, Chinese, Korean, Japanese, German, Spanish, etc. In-game purchases are available.

The reason why RAID: Shadow Legends enjoys such great popularity is out of the following reasons. First of all, players are allowed to recruit warriors as well as champions from 14 factions. More than 500 warriors are available by summoning them. Various types of warriors can be chosen by players like Knights and Undead. Secondly, players can fight against powerful bosses in fierce battles. Once conquering the challenging boss, you can acquire XP, loot, and other rewards like Champion drops. Moreover, you can also gain advanced gears by beating them up. Thirdly, the multiplayer game makes it possible for players to battle with or against players all around the world in real-time by playing different roles. There are also rankings and special gears available in the game. Fourthly, the design of the 3D graphics is stunning, like artworks. It offers you an immersive visual and gameplay experience due to its full rendering of heroes with extreme details. The effect of skills and attacks in battles and the environment is also breathtaking. Lastly, players can keep upgrading the level of the team to prepare them for all kinds of battles.

In contrast, the game still has some unsatisfying traits complained by players. For example, the money spent to upgrade all features in the game is way too much. As the progressing of the game, players have to level up their teams’ gears and champions to overcome more challenging bosses, however, you can never count on the game’s rewards but can only continuously buy paid features in order to keep winning. Also, there are annoying in-game pop-ups bothering the gameplay experience of players, players have been tired of clicking the quit button at the upper right corner of the pop-ups. Furthermore, the game is somewhat addictive and repetitive. Finally, refunds of certain paid features are impossible, so players should be cautious when do in-game purchases.

Overall, RAID: Shadow Legends is a great and amazing game for its breath-taking graphics and a large variety of choices for players. Players have more than 500 champions at their disposal and they can fight together with other players all around the world. The rewards of the game after winning every battle are also available. Yet, we can’t deny that there are still some flaws in the game. Its profit-driven attribute and constant pop-ups should be reflected by the support team and developers by listening attentively to customers’ feedback. On the whole, RAID: Shadow Legends provides players worldwide with exciting and challenging battle and adventure experiences. Parents should be aware of the in-game purchase feature of the game and remind their children to be careful during the gameplay in case of potential financial loss. The game is recommended to those who love battle games and adventure games.