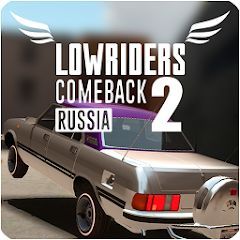 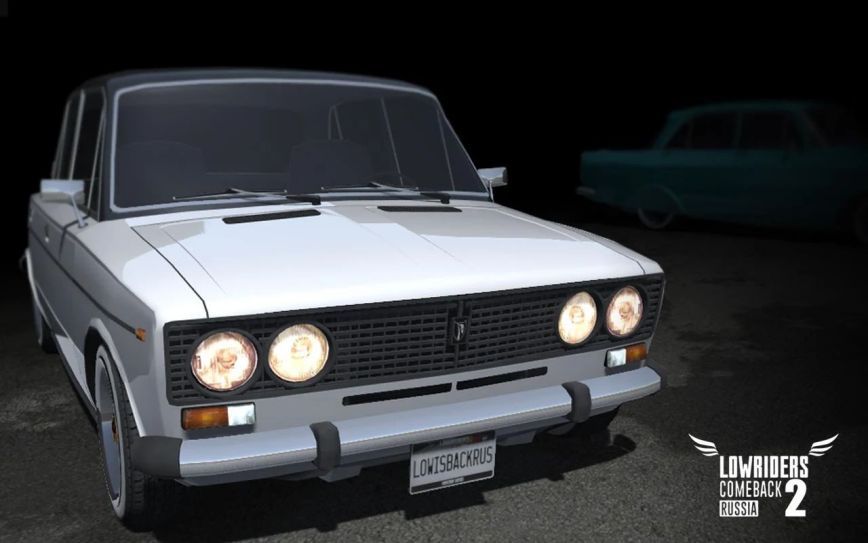 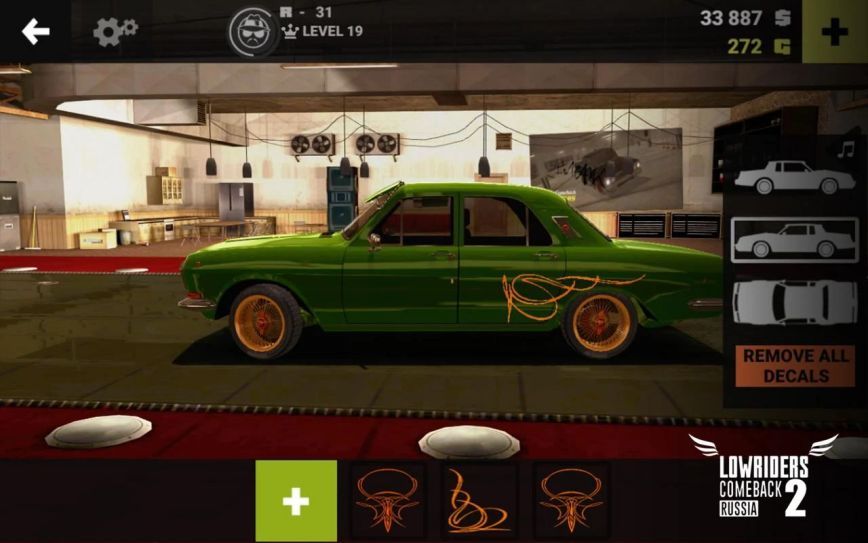 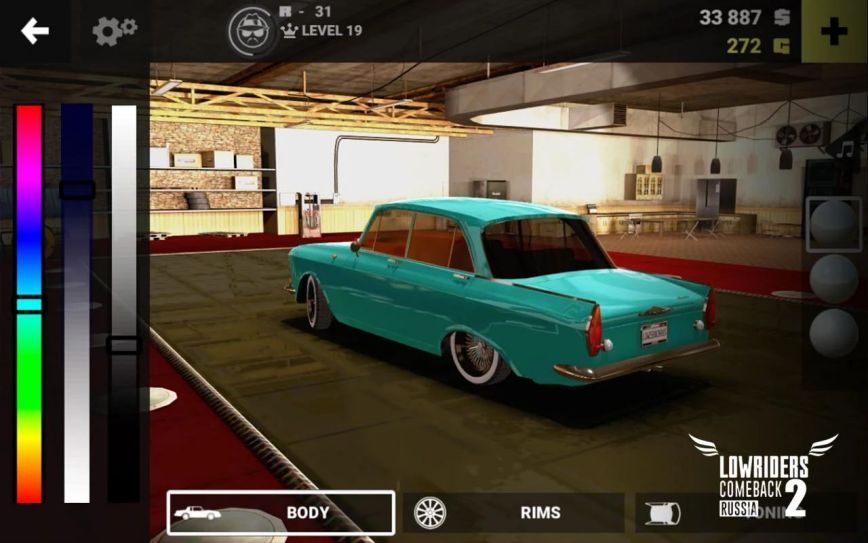 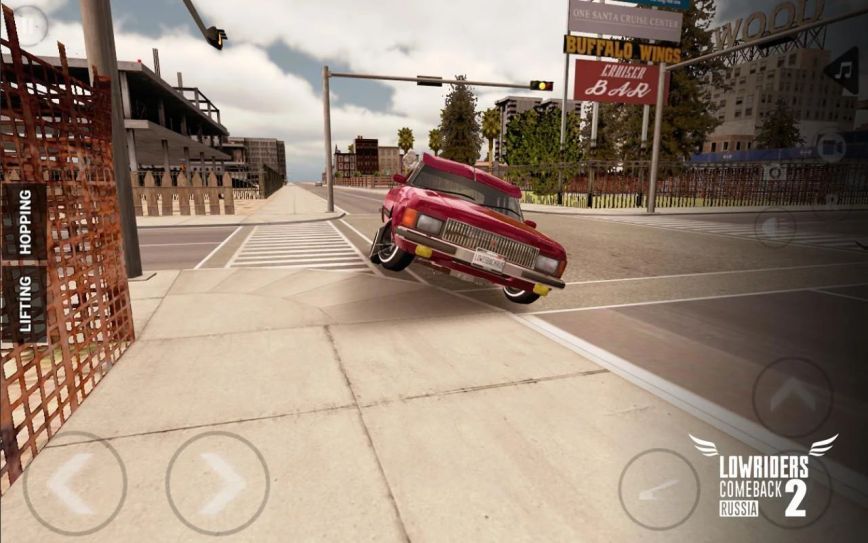 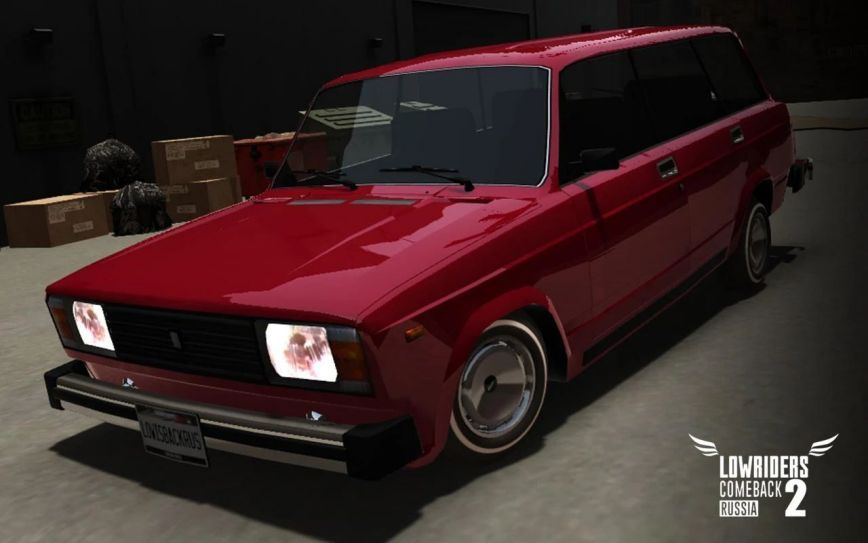 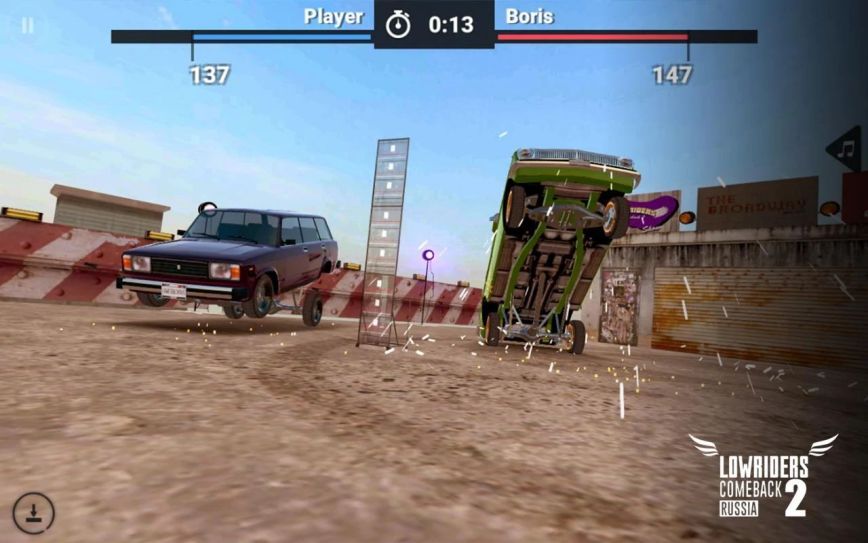 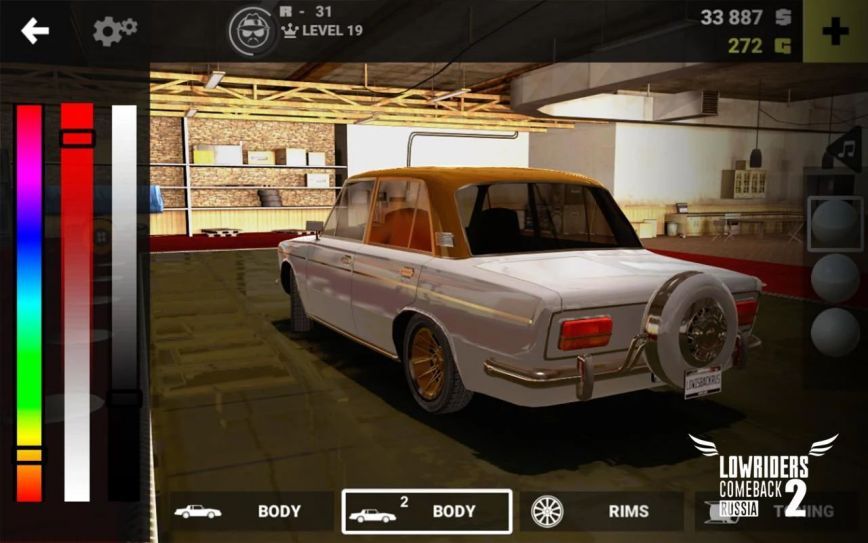 Lowriders Comeback 2: Cruising is an addictive and fun music game developed for music and car lovers. In this game, players can customize their own cars and play their favorite music to compete with others. In terms of the content of the competition, players need to dance with their selected music and make their cars hop to a certain height in order to defeat their opponents. Setting against a background of Santa Cruise city, players could enjoy the street view of the city while driving down the road. The game has different levels of jumping mode, making it quite interesting and challenging for game players. Since the game is played online, players can enjoy the game and make friends with others from every corner of the world. Also, players can watch and comment on the fancy cars of other players, which is a pretty engaging socializing activity. The great number of classical cars in the game also raises the great interest of car lovers. The game is entertaining for both music and car lovers. The game has recently been updated with a chat censor and 9 new cars and has fixed some existing bugs. You can play the game not only on mobile devices but also on your PC with the assistance of an emulator.

Generally speaking, Lowriders Comeback 2: Cruising is a fun and enjoyable game for players due to the following advantages. First of all, it has a colorful and vivid design of graphics and excellent lists of pop music. Players can have their eyes and ears entertained at the same time. Secondly, the game gives players a great extent of freedom to customize their cars by painting and decorating the cars. Thirdly, players can compete with others online, making it possible to communicate and play with people across the world. Fourthly, the game pays a lot of attention to details, which is also praised by many players. Lastly, due to the addition of the censor into the chat function, you don’t need to worry about improper content appearing in your chat box during the gameplay. Therefore, if you are a music lover or car lover, you can’t miss this interesting game.

Yet, there are still some drawbacks of the game that can’t be denied. To begin with, some players complain that the game has some glitches. For instance, when players try to open the game by clicking the app icon, it closes all of a sudden. Also, once players finish the customization of their own cars, they need to upload the car to the cloud, or else next time it won’t function well. Moreover, the most commented glitch is the back button. The button didn’t function well and now it has been fixed. Furthermore, players call for more updates of the car and music selection, and other features of the game. Lastly, the game forces players to connect to Facebook and doesn’t give players other choices. If you can accept the flaws mentioned above, then you can download and install the game.

In sum, Lowriders Comeback 2: Cruising is a good game worth your time. It’s fashionable and pleasing to both eyes and ears. It doesn’t cost you much money. Players are allowed to select their music and cars, customize their cars, and compete with others in the game. Apart from some disadvantages of glitches, the game is well-designed and player-friendly on the whole. The game offers you an immersive experience in the city of Santa cruise and you can enjoy the authentic street view during the gameplay. You can even take a look at other players’ customized cars and chat with them in the game. So, if you are interested, don’t hesitate, and give it a try.

Lowriders Comeback 2: Cruising is an innovative music and car dancing game in which players could compete with other players online with their fancy cars together with the skills they use and the performance of the dance of their cars to the rhythm. Players will have an immersive experience of competition within an expansive gym. They can choose to either hop or dance to compete against their competitors. By hopping, the marking standard is the height of the hopping of their cars. While in the circumstance of dancing, it depends on the dancing performance of their cars to the rhythm of the music. What’s more, you are allowed to make your own music list to play during the gameplay. Apart from the competition, players can also drive their cars on the street of Santa Cruise city and enjoy the sunset view in the game world. The game currently has 2,031 reviews with 4 stars out of 5 on Google Play. It contains ads and in-game purchases. Now, let’s focus on the strengths and weaknesses of the game.

When it comes to the strengths of the game, first of all, Lowrider Comeback 2 features fantastic graphics and a detailed depiction of cars and the environment in the game. Therefore, it enables players to have an authentic and immersive gameplay experience while making them have a visual enjoyment. Moreover, players are guaranteed a great extent of freedom in decision-making. For instance, players can decorate and equip their cars with a variety of features and they can choose their music playlist. Furthermore, since the game can be played online with other players all around the world, players will never feel lonely in the game and they can socialize with others. Last but not the least, the game offers players an excellent opportunity to improve their sense of rhythm and music tastes.

However, it is not the whole story. The game still has some drawbacks that are criticized by some players. To begin with, earning money is pretty hard and slow for players due to the design of the gameplay mechanics. What’s more, there are a lot of complaints about the malfunction of the back button. Furthermore, the game is pretty costly so it is not recommended to children and those who lack a sense of control. Lastly, the in-game ads are somewhat annoying for players and affect their smooth gameplay experience of players.