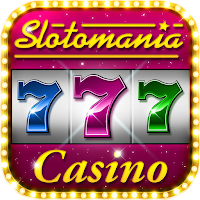 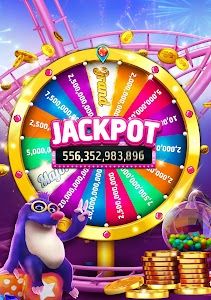 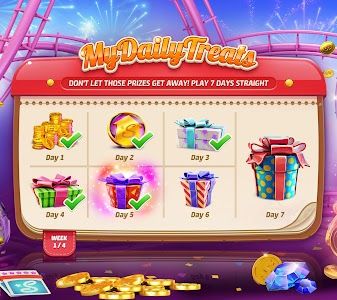 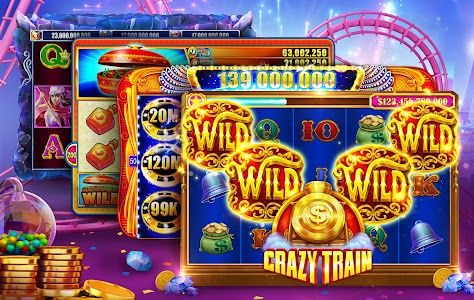 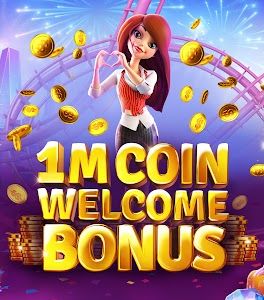 Want to have a virtual experience playing slot games in Las Vegas? Then Slotomania would be a great choice for you. With over 200 slot machines featured in the game, you can have great fun. Once join the game, you will get one million free coins as a welcome bonus. Also, the game offers to treat on a daily basis, so keep engaging in the wonderful slots game. You can start a slot quest as an adventure, as well as challenge different levels of difficulty. One interesting feature of the game is that you can collect slot cards and build your own slots albums. A community of players same as you are waiting for you to join the clan and you can get a weekly bonus for yourself and your team. If you become the VIP, then you can enjoy the top treatment of exclusive rewards in the club. You can discuss with 14 million players and share your thoughts on social media as well. The game is developed for adults for entertainment only. And it doesn’t allow cash gambling. You can access the game via Facebook, iOS, Android, PC, and platforms like Amazon.

To exemplify the strengths of the game, first of all, Slotomania features excellent graphics and sounds, which offer a satisfying gameplay experience to players. Also, players don’t need to risk their pocket to experience slots games, and it spares them from flying all the way to Las Vegas. The social element of the game also adds a lot of fun for players because they can socialize themselves with other players either in the game or on social media platforms. The free bonus and challenges also make the game rather playable. Players can choose from over 100 types of slots machines and the chance of winning is pretty high. The games could help players feel a sense of achievement during their gameplay.

However, there are also complaints about the game. To begin with, the game requires a connection to Facebook if you want to play the game with others and sync your game process between different devices. Also, the game might make you take in-game purchases because there is a limit to how much you can progress without paying money. Moreover, the annoying pop-ups in the mid of the game are rather disturbing and affect the performance of players. Lastly, the team of developers is not that responsive though there are indeed some bugs in the game. Therefore, it is to some extent a profit-driven game providing customers with insufficient service.

All in all, Slotomania is a fun and interesting casino slots game designed for those who would like to have an immersive experience of playing slots games in Las Vegas. Its high-quality graphics and sounds add to a lot of fun during the gaming process, along with a variety of choices of casino slots machines. The free bonus now and then also boosts players' sense of security in the game. You can decide whether you want to play it on your PC or on your mobile devices. And you can socialize yourself in the game and share your happiness with others. Nevertheless, we should also be wary of its drawbacks, including its cost of money, occasional glitches, and unsatisfying service. Parents should not allow their children to play the game because the game is mainly for the entertainment purpose of adults. For people who lack self-control, they are not recommended to play the game either because there is a great chance for them to have financial risk. Anyway, think it twice before you have a try at this exciting and challenging game.

Developed and released by Playtika, Slotomania Casino Slots Games is a free slot game available on various mobile devices. Given its simulated nature of casino gambling, it imposes an age limit of 24. The game offers a fully immersive Las Vegas ambiance for players on the go with their mobile devices. The gameplay is quite straightforward and easy to follow for any casual game players. It is a simulation of real life slot games and it offers over 200 free slots for players to discover. This, however, does not mean players are initially given access to all of the slots. Instead, at the beginning, they are only offered one free slot to start with. As they win and received rewards from the current gaming, players proceed through the game and unlock more free slots as they move forward. Besides, there are many other ways for players to gain free access to unlocked slots. For example, they can collect as many slotocards as they can for the Slots album, which brings huge amount of slots as rewards for participants. Besides, there are regular challenges known as Sloto Quests for players to take on and earn extra free rewards. Apart from that, players can also join the SlotoClan and VIP casino benefits. Those associations offers exclusive perks and rewards for members, such as the free coins and weekly distributed free game slots. Plus, Playtika also offers special reward for level-up users with free access to all the other leading mobiles games the studio released.

Slotomania casino slots games is a very relaxing and fun game for those who like to try things on a bit of luck. It offers a large collection of game slots, which allows players to gain a full Las Vegas experience on their devices without any real costs. The rewards and bonuses players can get are also quite diverse and exciting, with plenty of jackpots and huge wins, which means players can obtain a thrill of casino gaming experience without the risk of losing real money. Furthermore, this game is also very socially connected as it can be hooked to major social networks including Facebook and Instagram, where players can participate in the larger gaming community and associate with their friends and gaming buddies. Above all, the most attractive feature of the game is perhaps the welcome gift package prepared for new players. It is a huge incentive for new gamers to get involved in this addictive adventure of luck. Although the game is taking an easy playing mechanism, it is quite tricky to be truly masterful given its luck-based gambling nature.

However, it has been receiving increasing amount of criticism over the years.since its first release. Players are often not content with the coin reward system which has changed and makes the game harder to win without actually spending money on extra bonuses and perks. Especially when the gambling nature and addiction tendencies of players are taken into consideration, the game encourages players to spend real money in the game, which cannot always guarantee a win. Thus, players still run the risk of losing real money in a virtue gambling game.

In my opinion, Slotomania Casino Slots Games is although a very relaxing and engaging fun game which reportedly claims its immunity to actual monetary involvement, its in-game incentives is still and increasingly prone to in-app purchase. Admittedly, such paid bonuses can enhance the game progress and performance of players to different degrees, it also virtually adds up the risk and potentials of losing real money in this simulation game. Therefore, I do not recommend those who are likely to get addicted to luck-based games and adopt a pay for win strategy. The intensified hard level and purchase stimuli can easily set a trap for young players to overspend and get too much hooked up.