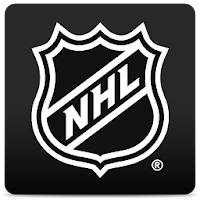 The Description of NHL

NHL is an inclusive sports App ice hockey fans. It is released by BAMTech LLC for free download on both iOS and Android devices with in-app purchase options for a full access to the contents it provides. NHL offers a total package of ice hockey sports events throughout each season. It covers everything to keep hockey fans informed of the sports, from real-time scores, game schedules, latest news and event information, to player rosters and performance stats etc. Subscribers can also follow their on-demand live games with highlights with the streaming service; they can also create their own personalized contents and watch list to support their favorite teams. NHL is basically –the- App hockey fans would ever need to get all the information and service they are interested in this sport.

1. It offers a full coverage of the sport in all aspects, which mean hockey fans can save themselves from checking multiple sports Apps to acquire the information they need. NHL is a ‘one-for-all’ solution.

2. Apart from live game streaming, NHL also provides a full range of game highlights in all games across the league throughout the season, which presents the most impressive, important and breathtaking moments in the sport.

3. Customization available for users to create their tailored contents, feeds, and notifications with fan-based features.

4. Massive catalogue of statistics including the archive of older seasons and all the records and stats of teams and players. Well-designed layout and section make it easy to navigate through the App and locate to your interested contents.

1. Some contents and live stream service is location and area based, thus only available to users of certain regions (e.g. Canada)

2. Streaming quality is often reduced without a high definition and sharp HD quality, which can be very demanding for Internet conditions.

3. There are occasional errors in team icon display when users personalized their own App.

NHL is best received for its ‘all-in-one’ feature that makes life much easier for fans to follow the sport events in a thorough manner. It incorporates all aspects of the sport into an easy-to-control mobile tool, which helps users to locate and enjoy their favorite events, moments and players without much hassle at all. It allows fans to keep up with the games, scores and important moments in real time wherever and whenever they are, on their mobile devices or smart TVs. Besides, it also offers road mode where users can listen to the live radio while driving without missing any critical sports moments. What is more, the customization function allows fans to stay identical and visible in showing their support and love for their favorite teams. They can get notified for the upcoming events of their interest with a personalized sound and use the team horn at the start and end of the game. They can also use the team icon to visually demonstrate their positions in the hockey fandom. Apart from those features, NHL even integrates other practical functions into the App such as tickets booking, arena food service and merchandise stores. Users can truly rely on one App to handle all their sport-related needs. Admittedly, like many other live stream service providers, content accessibility is always region-based. NHL is no exception and there are a number of hockey teams not officially affiliated to NHL, which mean there are indeed some restrictions and limitations for users with these specific demands on live games and teams. However, in terms of the massive coverage, this App is definitely a must-have for most hockey fans.

The Description of NHL

NHL is a sport supporting game in which players can attain strong support in their hockey game watching. With the help of NHL, players will be able to access a series of useful and first-hand hockey game information about the locations, tickets, scores, etc. It is a great assistant for hokey lovers. Users can also keep themselves informed of the game performance of their interested teams. What’s more, they can also listen to the game broadcast. If you are a monthly subscriber of the app, you will be charged fees every 30 days, however, you don’t need to worry about the payment because the bill will be automatically paid off. The app contains ads and purchases.

NHL has 92,335 reviews in the Google Play store with 4.5 stars out of 5. In Appgrooves, it has 219.2k ratings with 4.5 stars out of 5, along with 219k reviews and over 5 million downloads. It is not available in APP Store. Therefore, based on the statistics listed above, we can conclude that NHL is quite popular among users while receiving comparatively satisfying feedback from its users.

2. Keep users informed of the latest update of every season.

3. Able to attain first-hand information about the team performance, including the scores, schedules, etc.

5. Notification alarms are available for reminding users of important moments of the game.

6. Able to personalize the icon of the app to be in accordance with your favorite teams.

7. Able to listen to broadcasts of the game.

1. Only available in Canada.

2. Can’t be played in the back end and players have to keep it open all the time if they want to listen to the broadcast.

3. Time and progress lag exist between what is displayed on the app and what is really happening at the moment of the game.

4. Most games are paid to watch.

NHL is a very useful sports app helping hockey lovers to get first-hand information about their favorite teams and even provides them with a variety of access to the arenas of the game. By utilizing this app, users can not only enjoy the most recent updates of teams that they are interested in but also be able to watch the replay of significant moments of the performance of the team during the game. Meanwhile, if it is inconvenient for you to watch videos all the time, you can also listen to the broadcast of the team that you support. There will be more than 500 games available for users to watch as well. Regardless of its advantages, the game still has some limitations. For instance, since it is only available in Canada, people who are outside of Canada but interested in Canadian teams can’t enjoy the first-hand information about their favorite teams like Canadian supporters. Moreover, the broadcast can’t function normally if you close the app. In addition, though it is said that the app will keep you updated on the game, there is still some delay in terms of the progress of the game. Lastly, currently, most of the games available on this app are paid to watch. Overall, NHL provides hockey lovers a great chance to acquire the latest updates on their favorite teams and makes it easier for them to buy tickets to the arenas. The app is recommended to real hockey lovers who want to keep themselves informed of the performance of the team they support.