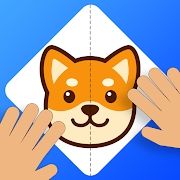 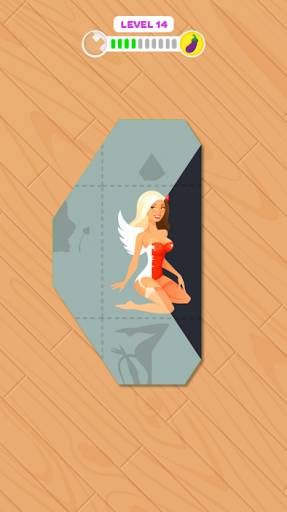 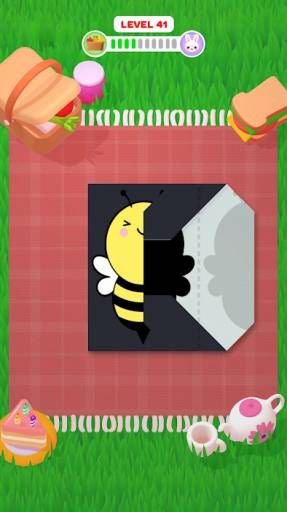 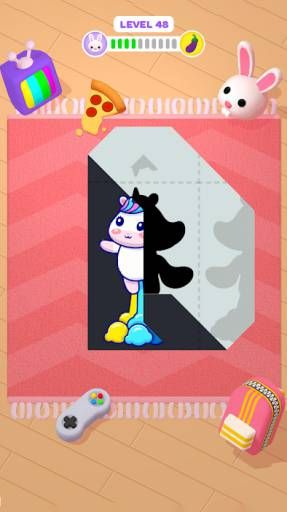 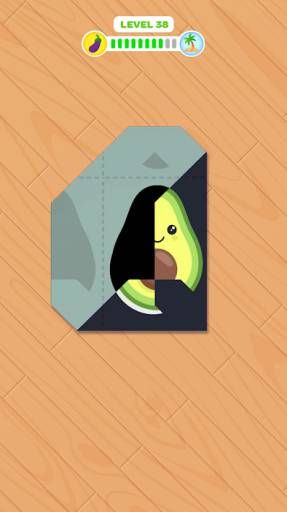 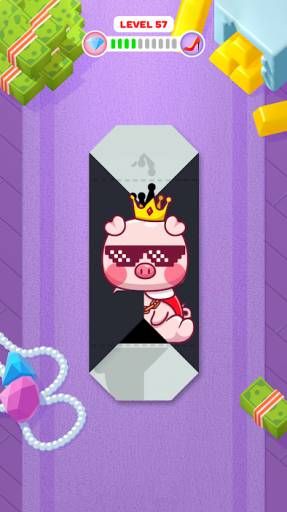 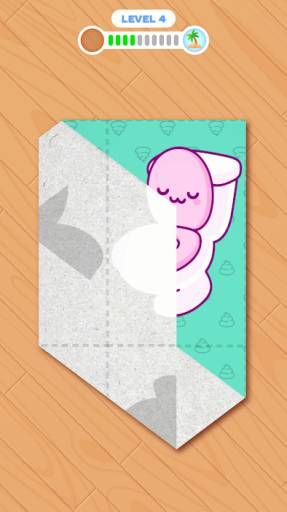 "Paper Fold" is an origami theme fun puzzle-free mobile game. It is said that this game was launched by the game company Good Job Games. This game takes levels as a unit, and provides various types of pictures in each level, allowing players to fold them in a certain order, to form a complete pattern of each part of the picture. The operation of this game is very simple, interesting to play, so it attracts many game users. Not only that, but this game can also train players' logical thinking ability, and bring players a relaxed, casual, and stressful gaming pleasure.

Although this game is very simple, it can help players improve their spatial thinking skills, memory and logic skills. Because when players play this game, they will think about how different parts should be folded, and what the effect of the folding will look like. Players are watching from a two-dimensional paper, and then making it into a three-dimensional space graphics. During this process, players will try different folding orders, and finally present a specific image. So from the actual operation point of view, this is very beneficial to help players form this kind of three-dimensional sense of space. Not only that, this one can also help players improve their memory. Because when playing this game, players need to remember what symbols correspond to different positions, so they need to memorize some graphics and their adjacent graphics. So for a long time, this game can help players to develop good spatial thinking ability and memory ability. So this game has a very good educational function.

In addition to that, the game play mechanism is fun and unique. The gameplay of "Paper Fold" is simple but also complicated. The simple point is that the operation of the game is very simple. The player can click the part that needs to be folded to complete the operation. Why is this game so complicated? That's because the process of the game is more complicated and requires players to use their brains to figure it out away. However, the judgment and selection of the origami order is the part that really fascinates players. How to quickly and accurately complete the pattern in the level through origami will be the top priority in the game. Rich and diverse-level materials are also an important part of the game.

In addition, the game scene is very brilliant. The picture of "Paper Fold" is relatively simple, but the patterns in the level are very rich. The background board in the game provides a variety of shapes and styles in addition to solid colors, reducing the consequences of aesthetic fatigue caused by a single background. On the other hand, each level of the game provides a realistic, cute and lively shape. In this game, we will encounter all kinds of animals, plants, or other objects. The rich themes in the game make players more curious about what items will appear in the next level. This is also a surprise gift for players. This game is not only good in style, but also runs very smoothly, without lag, and my game experience is good.

However, the disadvantage of this game is that it is relatively expensive. If you want to become stronger in the game, you need to recharge, otherwise, some levels are too difficult to pass. Although it does not require players to recharge a lot of money, it is a big disadvantage for some people who cannot accept krypton gold at all.

In general, if you like puzzle-type fun mobile games, if you have a soft spot for origami, and if you want to exercise your memory and logical thinking skills through games, then please don't miss this game- "Paper Fold".

Offered by Good Job Games, Paper Fold is an Origami-themed puzzle game. The goal of the game is pretty clear and straightforward. Each time, players will be given a image of certain shape in the center of their play interface, and they need to fold the edges of the origami paper to match the image. The game control is extremely simple and minimal, with only tapping and folding/unfolding motions involved. Players make game progress through successful completion of each given mission of disclosing the shadowed picture. The game offers more than six hundred levels that contains a wide range of images and themes. Plus, the game also regularly integrates new pictures and background settings into its catalogue. This game is very relaxing, without any hectic intensity although it might take a bit more of patience and creativity. Such feature makes the game very suitable for family with kids.

The game adopts an easy and stress free mechanism, but that doesn’t mean the missions are all easy to complete. Like many other puzzle games, Paper Fold starts off easy with obvious answers, yet as it moves forward, the difficulty level certainly pick up bit by bit, and this requires and encourages players to make more attempts and think outside the box if needs be. Such nature of the game also makes it ideal for children. Parents can use this game to help kids learn different types of cute animals, train their perceptions of colors and shapes. Besides, since the game allows players to try different approaches for as many times as they wish, it is a great opportunity for children to challenge themselves without feeling failures or defeats. They are always given yet another chance in this super encouraging game.  Over time, players can establish a basic instinct for solving those shape puzzles. For example, there are usually a long fringe that contains a larger chunk of image and revels a bigger hint; besides, players also need to take a big picture before they start to fold. Having a general impression of the mission shape would help them find more prompts and hidden clues. What’s more, players can make tentative folds and unfolds to check if their approach is on the right and promising track. Of course, if not, they can start all over again. Plus, if players find certain levels are truly hard and clueless, they don’t have to kill all that brain cells to work out the answer all by themselves. Instead, they can resort to the in-game hints to draw some inspirations.

Paper Fold is very simple and relaxing to play and it is very suitable for family with children. The game keeps offering new themes and images, whose access can also be gained through ad-wall. The nice and soft graphics and color scheme is soothing with no stress on the eyes. What’s more, the short and light game level is perfect for children whose attention span is short. The users interface is very minimal and clean, with pause and hints functions incorporated. Players can play on both online and offline modes.

Even though there are some criticisms about the bombardment of ads as well as the unskippable promotional contents and questionaries, I would still recommend this game for people who don’t mind using a bit patience and take time to relax, especially those who want to have sit-back quality time with their kids. However, I do believe that there are rooms for this game to be better. For example, to enhance its chill an relaxing vibe, the game might make some efforts on its audio effect and background music, which could really be a mood enhancer while working through those fun puzzles.