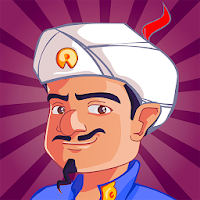 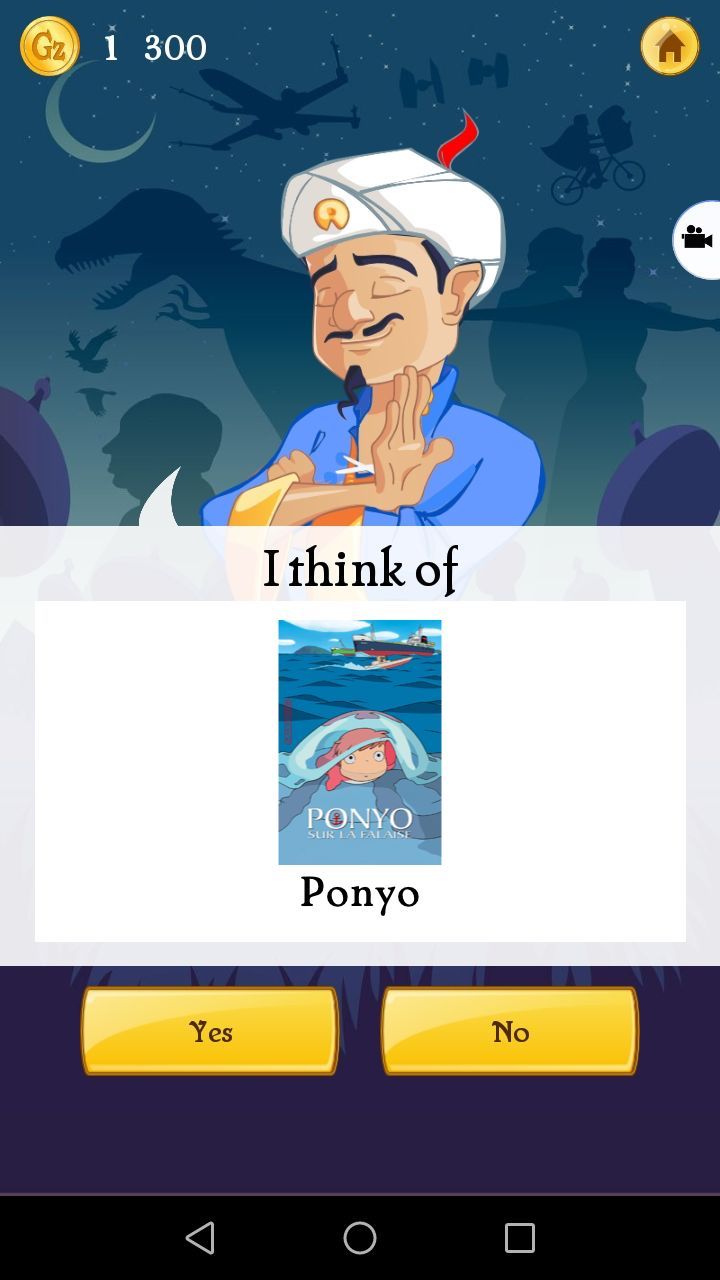 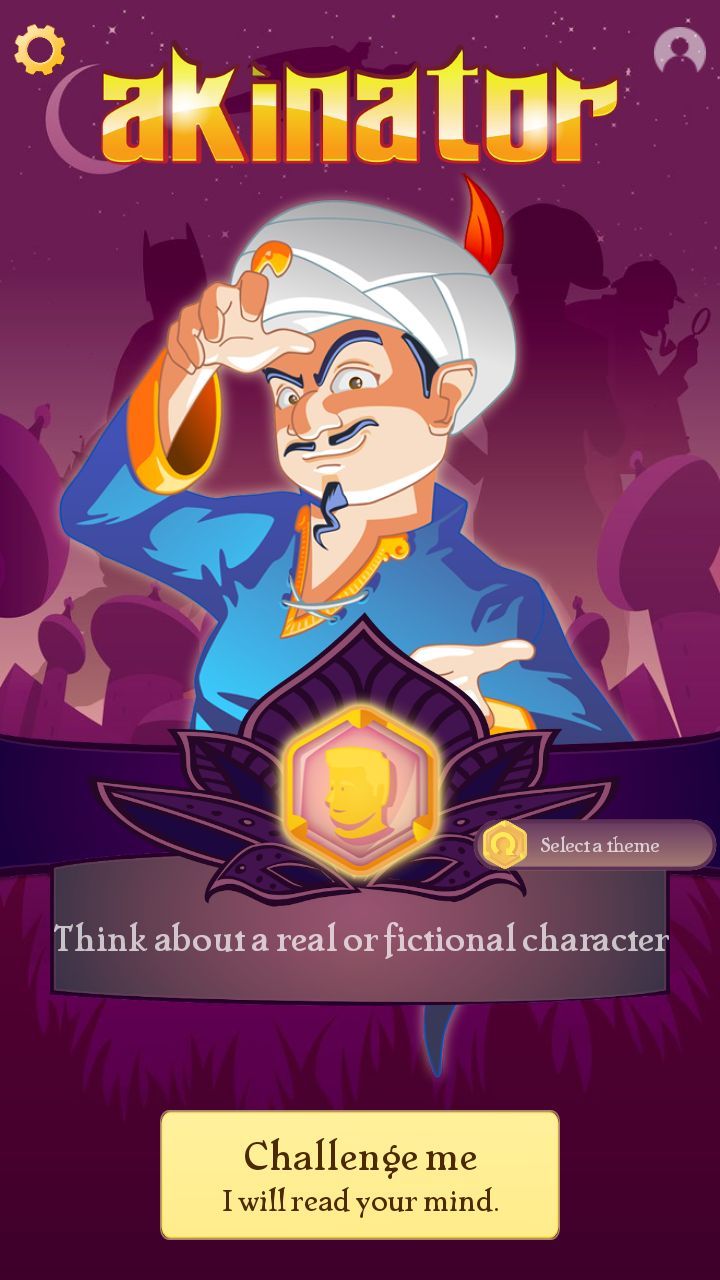 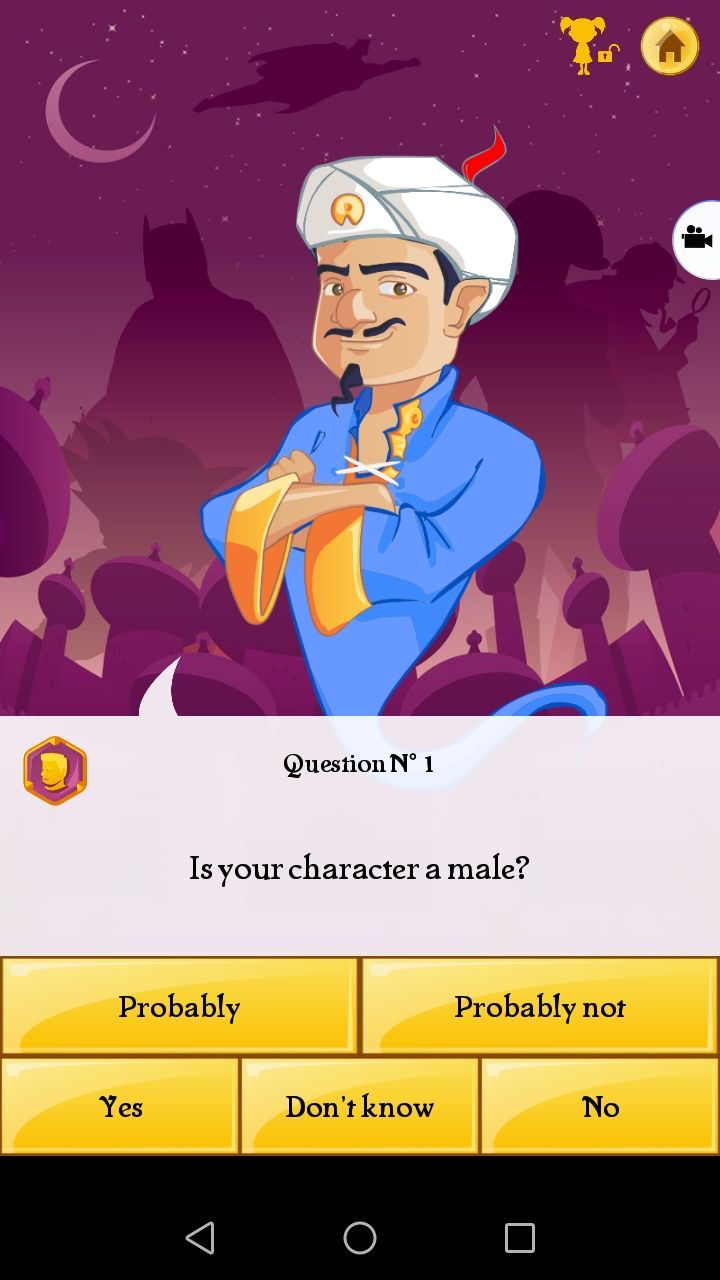 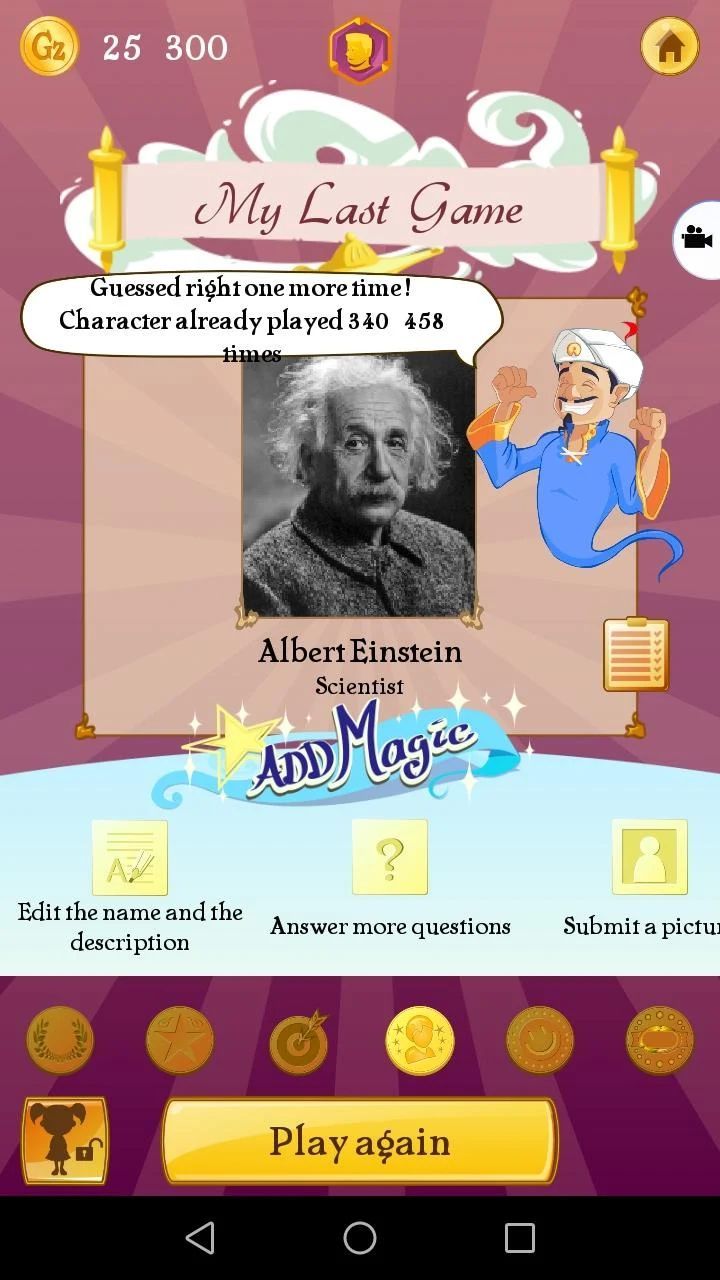 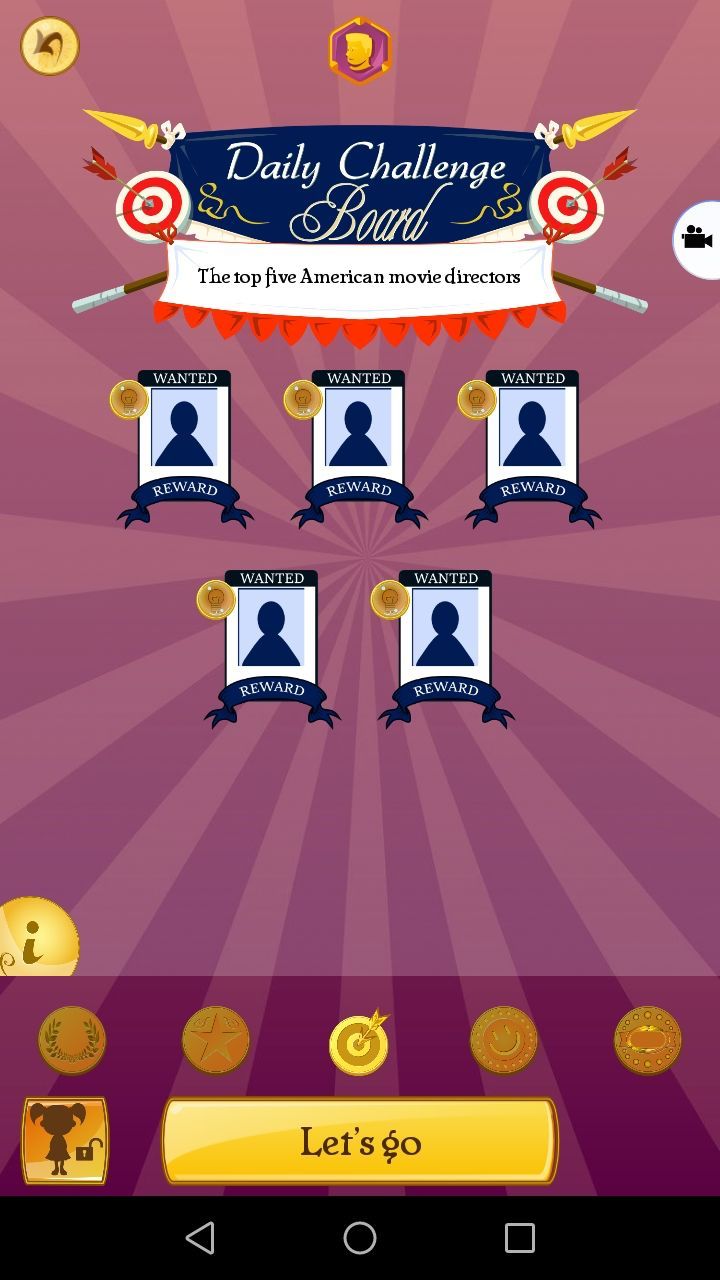 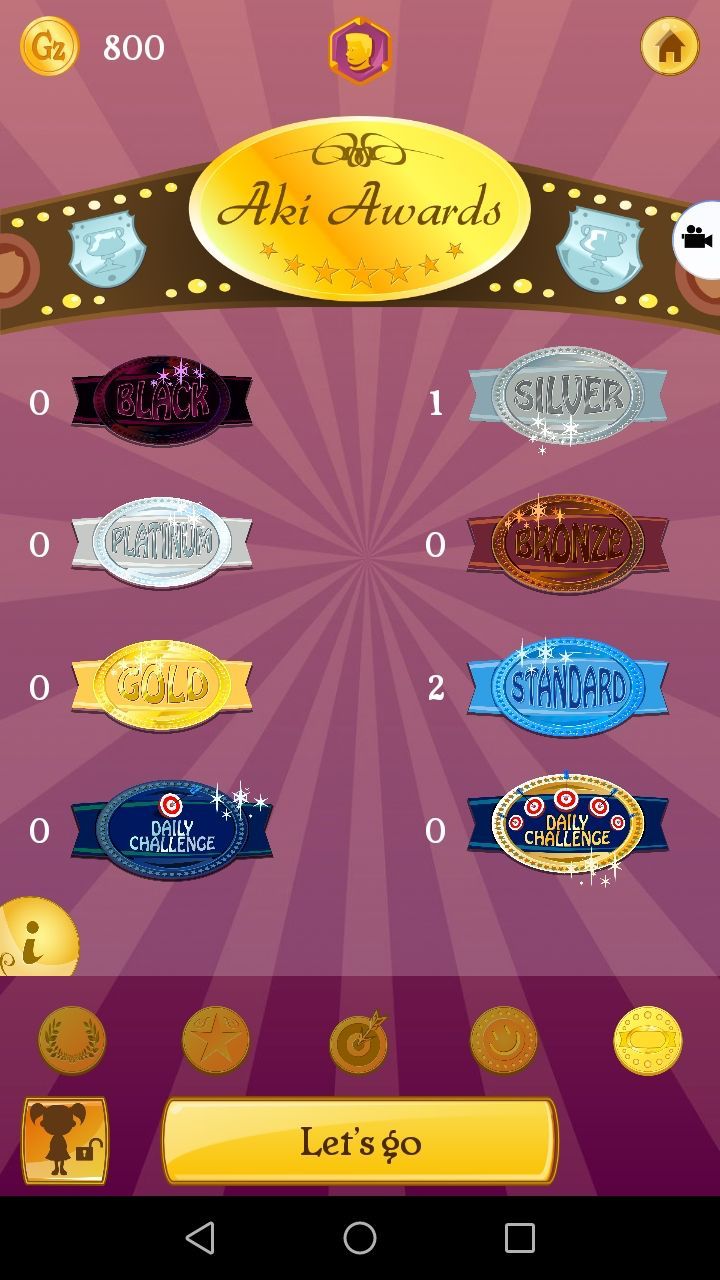 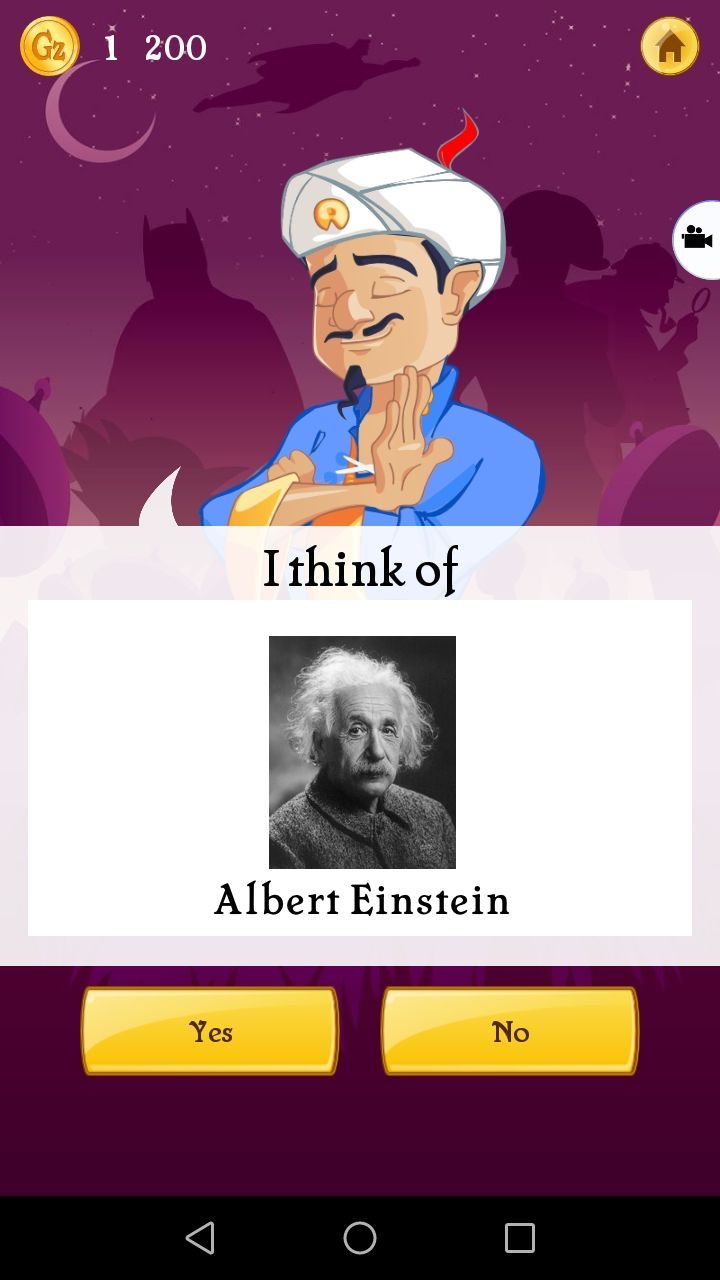 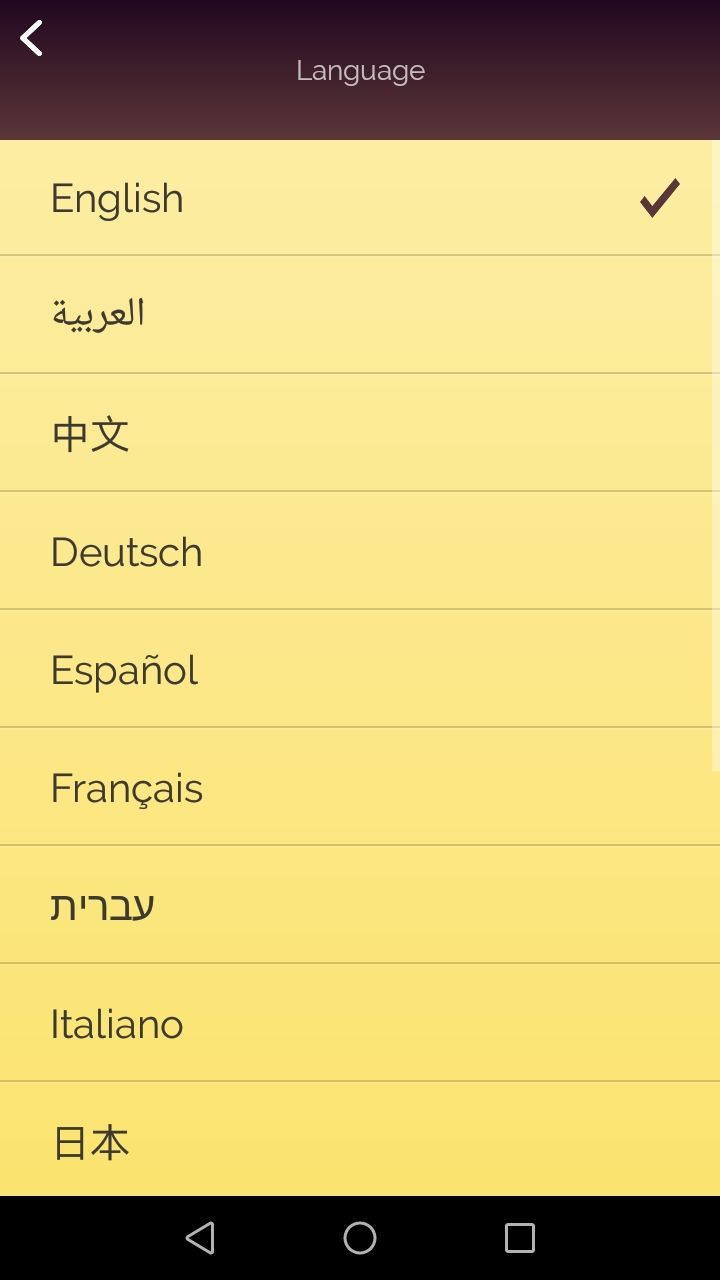 The Description of Akinator

Akinator was first created in 2007 by France-based Elokence as a flash game which has been operated on an AI program that is designed to build and learn from its database to update its algorithm over the years of game development. The mechanism of the game is not complicated and even considered by some critics to be a rip-off of another similar game—Twenty Questions. During the game, players are questioned for 25 times in a row by the virtual genie Akinator who tries to figure out the character (either real or fictional ones) players have decided in their mind at the beginning of the game. Therefore, it is essentially an AI mind-reading single-player game.

Akinator received a positive 4.6 out of 5 star rating in Google Play and over 100 million downloads. Its App Store rating is slightly lower at 4.4/5 yet its general market reviews on multiple gaming review websites such as AppGrooves and Influnenster are usually above many games over 4.5 out of 5.

1. The algorithm based AI gameplay keeps up with to the current popular cultural trends. The basic logic of the game is still question-based analysis and reasoning.

2. Players can created their own account which allows them to keep records of their gaming and awards they gathered on their individual account that stays with them on their devices.

3. Players can discover more stylish themes and outfits to tailor their own gaming background and setting, as well as the genie in their preferred styles.

4. The increasing extend of interactivity of this single player game.

1. The free version of Akinator is being constantly complained for its excessive amount of ads players are forced to watch, which would definitely be a minus for the gaming experience and aesthetics vibes.

2. Another concerning aspect is that some contents in the game could be suggestive and inappropriate for children and younger teenagers, although a so-called sensitive content filter is introduced to the new version. In that case, parents and adults should keep an eye on such contents if their kids are into this game.

The game is generally quite well received over the years, and most players enjoy the creative gaming mechanism and have more fun with those new features and contents. The AI genie can narrow down its character range and it also studies the previous game records and the current trends, so that a possibly reliable answer could be finalized. Of course, intelligent players can sometimes get the AI off guard and when wrong guesses are made a couple times, players could key in their characters to expand the data base, which helps the AI to better cope with the challenges next time. What is more, players can engage in more challenges on a daily basis and those extra games offers them opportunities to gain special rewards. Currently, players can not only challenge the virtue genie and earn rewards, they can also connect with other competent players by challenging each other to race for a higher ranking on the dashboard. Plus, the gaming session can also be recorded so that players can review those intelligence battles and get better next time. Last but not least, the new version has extended to more themes including movies and animals, which means the difficulty levels up to boost more intellectual excitement.

Overall, Akinator is a fun mind reader for those who seek unconventional gaming contents. Although, there are a few downsides this game could bring, the gameplay pace and rhythm can be rather relaxing and engaging with the themed styles and settings as nice touches to the game.

The Description of Akinator

Akinator is an innovative puzzle game and an app in which players can try to challenge Akinator with different characters in their minds. In the game, Akinator will ask you a series of simple questions and there is a great chance that he will always be able to guess it right. Just come up with any real or fictional characters in your mind. There will be multiple languages of setting available for players from all over the world, along with two extra themes of animals and films. Moreover, you will be able to collect all kinds of trophies with different characters. Lastly, the game contains in-game ads and purchases.

Akinator has 3,695,557 reviews in the Google Play store with 4.6 stars out of 5. In Appgrooves, it has 3.9 million ratings with 4.6 stars out of 5, along with 4 million reviews and over 100 million downloads. The game is currently not available in App stores. Based on the statistics above, we can see that the game is quite popular around the world while receiving good feedback from its players.

1. Multiple languages are available in the game for players all over the world.

2. Able to compete for reaching the top of the ranking in the Hall of Fame.

3. Able to keep daily changes to be entertained all the time.

4. Able to personalize the character by dressing him in different hats and outfits.

5. Able to record videos during the gameplay process.

1. An ads glitch that will make players unable to continue the game with new rare characters.

2. Too many ads to watch and they block players’ views.

3. Unable to get the premium membership due to a system glitch.

Generally speaking, Akinator is a good time killer and fun to play since it is such an innovative game in which players will challenge Akinator with their puzzles of characters. Though you might be doubtful the first time when you try this game, thinking that it is impossible for Akinator to read your mind, he can indeed read your mind somehow. This is a really surprising and curious experience for players. Players will be able to explore all kinds of characters from movies or animals that they know and customize Akinator with different features offered in the game. No matter where you are, you don’t need to worry about being unable to understand the game since there are altogether 16 language options for players to choose from. Players can also acquire a sense of achievement when they successfully collect character trophies and enter the Hall of Fame ranking. They can do daily tasks to keep themselves entertained by the game. Meanwhile, if you feel like you want to share your gameplay experience with your family and your friends, you can simply record your gameplay process and post the video online for others to watch. However, the game is not perfect. The biggest problem existing in this game is its ads. There are too many ads in the game and some of them may even block the players’ view, disturbing them and making it impossible for them to totally enjoy the game. In addition, though it is promised that players can get rare characters after watching an ad, sometimes, it won’t work and players will find that they waste their time watching ads without any rewards. On the whole, Akinator is a creative and interesting game. It is recommended to those who are curious about the game and those who have plenty of time to kill.